Question: I have heard some scholars stating that the believer will see the fire, though they will not enter it. Upon seeing the fire, they will increase in their gratitude for being among the dwellers of paradise. Is there a mainstream opinion on whether all believers will witness Hell, if not experience it?

Yes, it is the madhhab of al-Hasan al-Basri, Qatada and a group of the lexicographers, strengthened by certain authentic hadiths, that the “wurud” mentioned in verse 19:71 does not denote “entering” (which is the madhhab of Ibn `Abbas and is related from him and other Companions, yet none of the 23 English translations I consulted dared translate it this way) but either “crossing over”, in order to agree with the hadith of the believers crossing the bridge over hellfire at various speeds, some like light and others slower, or “coming into sight of and approaching”.

Others said the verse refers only to the disbelievers; others said the entering of the believers is not antithetical to their safety from the greater harm therein. The Holy Prophet, upon him blessings and peace, himself explained the verse: “All people shall ‘yariduha’, then they shall be blocked from it by their works”, as narrated in the Musnad of Imam Ahmad and the Sunan of Imam al-Tirmidhi, Allah have mercy on them. The “then” can mean that they enter it first, and it can mean that they come into sight of it only, and Allah knows best.

Al-Qurtubi discussed this in his Tafsir and, more at length, in al-Tadhkira. Shaykh Muhammad al-Amin al-Shinqiti gave a magisterial treatment to this controversial issue in his great Tafsir entitled Adwa’ al-Bayan fi Idah al-Qur’an bil-Qur’an (4:436-443). In his view the Quranic context most frequently provided by other verses mentioning such wurud confirms Ibn `Abbas’s position that the meaning here is “to enter.” At the very least some will enter it, as evinced by the countless authentic hadiths on intercession, by means of which they shall be brought out in droves, and this very verse was used by Ibn `Abbas, Allah be well-pleased with him and his father, as a proof for the doctrine of Ahl al-Sunna against the Khariji Nafi` b. al-Azraq, since Kharijis believe once in, never out. The angels’ dua on that day is: “Allahumma sallim, sallim!” (grant safety) on behalf of the believers, for which we ask here and hereafter. 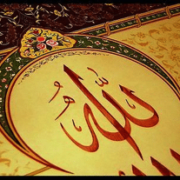 Are `Isa And Yahya (Allah be well please with them) Considered Cousins In Islam? 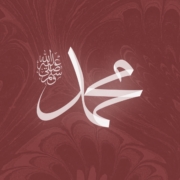 Is There Consensus Regarding The Superiority of Abu Bakr? What Is The View Of Sunni Scholarship Regarding Exorcism? 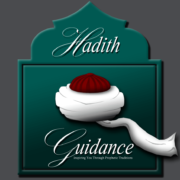 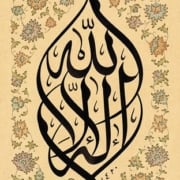 Why Would Allah Protect Some of the Divine Books & Not All of Them?

A Lot of Shortcomings Through the Years: Am I Still a Muslim?
Scroll to top