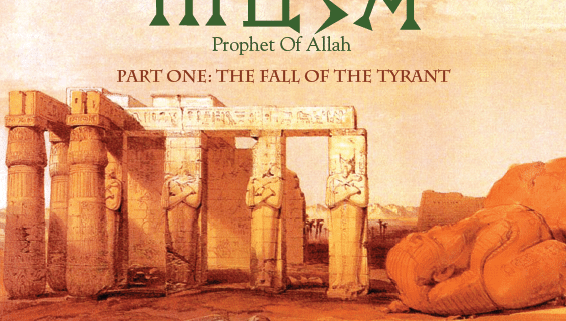 By Mehded Maryam Sinclair
About fifteen years ago the thought occurred to me that I had never seen a careful telling of the entire story of Prophet Musa and a desire took root in me to produce one, though at the time I never believed I would be able to do it. However as the years passed I found Allah bringing the story to my attention again and again, and my fascination grew.
Later I began telling parts of the story and I remember in one of those early groups was a little girl who burst into tears when I told of the baby Musa being carried down the river in a basket. How amazing now to reflect that her father’s name was Musa, and that he now lies buried in the old section of alBaqa’ Cemetery in the city of his first love, Madina. It is to him that this work is dedicated.
Allah has gifted me with nearness to some amazing generous scholars, and my work has been entirely informed by them alhamdulillah. I have learned that most of what has been written about the extraordinary series of events of the life of Musa aleyhisalam is inaccurate or distorted, so I feel especially grateful to have had the participation of these scholars in the work, because the truth of the story is brilliantly fascinating, alhamdulillah.
Allah has also gifted me with the opportunities, over the past three years, to tell this story in all its evolutions to many hundreds of eager children and adults in the US, the UK, and Jordan. Their profound listening and their longing to touch and taste and experience the events as they happened so long ago have contributed immensely to the development of the work. May Allah bless and protect each and every one of these listeners, and draw them ever deeper into knowledge of Him.
This has been a year of bounty, and I am grateful. It is the year of the completion of this project, alhamdulillah, and also the year in which the entire first printing of When Wings Expand – the Journal of a Muslim Girl was sold out and a second printing was made. If a single word of this work can increase a single reader’s or listener’s love for Allah and all that is His, I will be so grateful.
Hear a sample of the story HERE.
The full audio story is available to buy from www.stories-of-light.com. 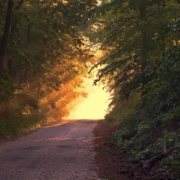 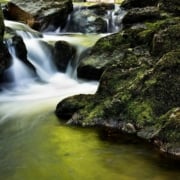 Ustadha Zaynab Ansari on Women of the Quran: Aasiyah
0 replies