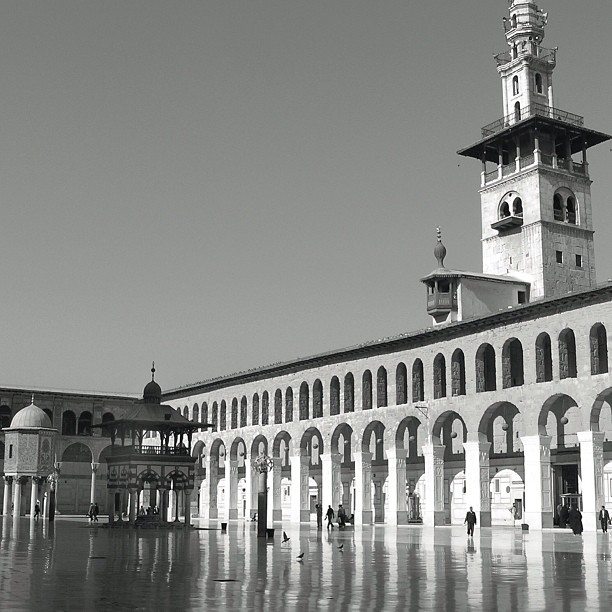 In the past month or so, humanity has witnessed some very tragic incidents, and has faced much loss. It began with the murder of the great Syrian scholar, Shaykh Muhammad Sa’eed Ramadan Al-Bouti, who was teaching the tafseer of the Quran in a mosque at the time of his death. It continued on with the Boston Bombings in the middle of a marathon which annual purpose was nothing but good. Following from that was an earthquake in Pakistan and Iran which many suffered. Later we heard of an explosion at a fertilizer plant in Texas, and then the massacre of 500 pronounced dead in Syria. Let us not forget all the others, who have been suffering in places such as Burma, Fiji, Afghanistan, Kenya, Iraq, and the list can go on and on.
However great of a tragic state this world seems to be in at the moment, whether it is from a humanitarian crisis, an earthly one, a financial or domestic one, or a personal and communal one, we are also living equally tremendous times with blessings from God. Many of us live the blessing of a comfortable life and convenience in every hour of our day. Whether it is the blessing of a comfortable home, your cozy office, that wonderful restaurant, our health and our time – the list has no end.
The greatest blessing
With all of the above however, it is always important to remind ourselves of one of the greatest blessing we have, the blessing of knowledge and education. We are a nation blessed with having access to sound knowledge that has been passed down generation after generation, through the mouths and hearts of scholars, authentically tracing all the way back to the Prophet Muhammad (prayers and peace be upon him) himself, which makes it sacred. No more than 10-20 years ago we, the American Muslim community, were complaining of a lack of books available in our traditions. Our mosques struggled financially and many of them started from the basement of our father’s homes. We struggled to find classes which taught us about our religion and to learn Arabic. Many of us thought the only way was to perform hijrah (pilgrimage) to a Muslim country, to have any real contact with the teachings of Islam. Yes, we struggled, and we struggled, and we struggled- God promises, “Verily, with struggle comes ease. Indeed with struggle comes ease”. We can proudly say that the West has not only begun to offer tremendous services to the Muslim community, but is also producing religious teachers and scholars in the sacred sciences (who are also professionals and hold other degrees). These scholars teach in a way that is compatible with the challenges we face in these times.
Whether it be your local Mosque, SeekersHub Global, Zaytuna College, MSA’s, Rihla, conferences such as the RIS and ISNA, and the America’s Heritage Museum in DC, these places all are progressively improving and have much to offer – to the point that some seminars, and online class have become completely free. Yes I emphasize, FREE. 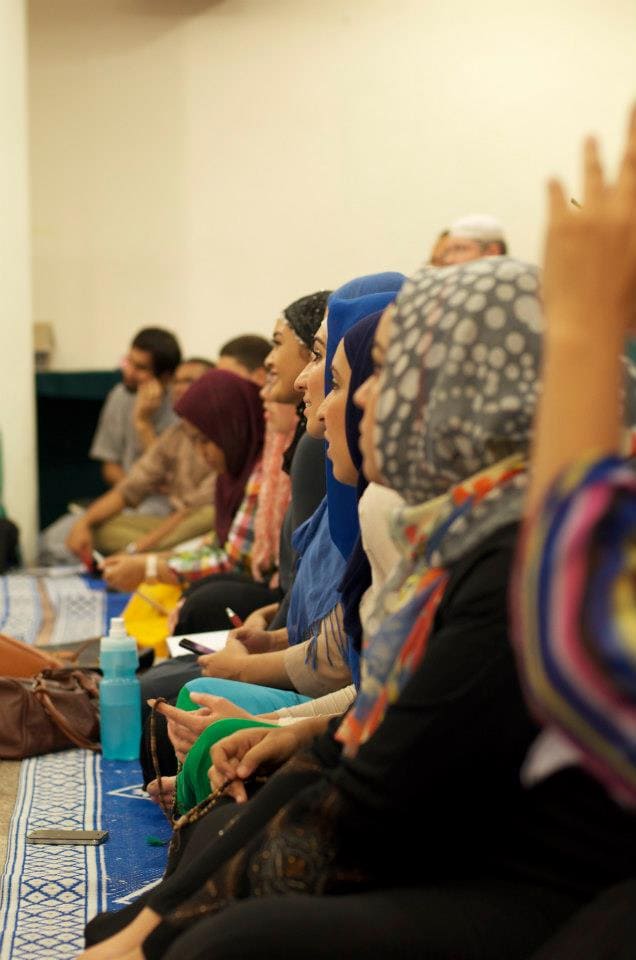 Hardship and Ease
Perhaps, and God knows best this is one the eases promised after our hardship. Perhaps, He has blessed us through our consistency in patience and perseverance with an abundance of knowledge, and clerks. So take note, that our earlier challenges were related to the etiquettes of hardship, but now our test is related to the etiquette of ease (I am not negating the challenges we currently face, but am speaking on one specific matter here) – with great ease comes great responsibility. There is etiquette to everything, and the etiquette to preserving a blessing is utilizing it and facilitating its cause. Otherwise, it may be very well taken away from us, which then we are questioned for and it should be no surprise if it is taken away. I personally take the preservation of knowledge as a responsibility to anyone God has blessed with the capability of preserving it, whether it is by way of learning, teaching what one has learned, or by financial means if necessary. That which is beyond all the above mentioned, is the implementation of knowledge, which in fact is the easiest way of preserving knowledge. At the very least, all of us should strive to perfect our character which generally does not require special instruction. Good character is intuitive within all of us, and is from our natural disposition.
Infectious smile
I was hospitalized recently due to an illness I still await cure from. During my stay, I came across many nurses and doctors, but one stood out to me. She was a medical student who interviewed me as an informant to the doctor. She greeted me with a smile, and treated me like a friend. Apparently ‘Aleve’ is a very strong medication, I should not have been taking, and my mother always laughs when I tell her I took it. So she once again did when I told this to the student, and all of us laughed! This joyful interview continued with many smiles until I questioned her as to why she was smiling so much?! She said she was, because I was, and I was because my mother was. And my mother was, because she was. I never truly understood the Prophetic saying, “Smiling in the face of your brother is charity” until that moment. Smiling is the charity of the heart, which removes the impoverishment of sadness from the soul, and gives it both physical and spiritual strength. I pray for her guidance. That is good character.
As I mentioned, first it was difficult for us to access knowledge, but then God blessed us with it. Travelling overseas to seek knowledge is now very difficult, yet we are not in a position to lose this blessing. Losing it will only cause it to become lost completely. In fact, many of my own teachers in Syria saw that preaching to God and teaching the sacred sciences is now a responsibility that lies in hands of the Muslims in the West. They repeated this constantly before the revolution had started, and I am only starting to understand their insight now. Never would we think that Syria would be afflicted with such a heavy trial. I was there myself in 2011 when it had sparked its first flame, but we all thought it would be a spark that would soon be extinguished.
No one is claiming everyone should become a religious scholar. All knowledge is sacred if used rightfully. But inculcating knowledge and mercy in our professional fields is what is asked for. Use your professions to serve humanity for the better. And this is indeed pleasing to God.
The Umbrella of Charity
Touching upon the state of many in general, but Syria in particular, 2 years into this trial the Syrian people still stand in this struggle. They stand strong, united together under oppression, poverty, and homelessness. And similarly, just as we struggled and ease came, ease will shower itself upon Syria like rain (God willing). Right now we are all witnessing the grey clouds, awaiting the bright yellow sun to shine on it again. In order to protect ourselves from soaking, we need umbrellas and raincoats to avoid catching a cold. Charity is the umbrella is in our hands. Donations are the raincoats that lay in our pockets and banks. Miserliness and greed is not an option until this war is over. They did not refuse us when we asked for knowledge and offered their services for free. Many of them would not even accept gifts. Now it is our turn to offer ours.
It’s our turn
You can help through your wealth, spreading the word, or the very least by way of prayers. If you have not yet considered their struggle as being our struggle, then reflect on the Prophetic teaching, “The ummah is one body, if a part of it is hurt, then the whole body aches.” Recall times in which you needed assistance and returned to a relative or friend for help. Unfortunately, they do not have many who can directly help them there, but are looking at us for their needs. Of course I am not implying a lack of tawakul (faith) on their end, but encouraging a sense of brotherhood from ours. Many of their children have become orphans. Women are raped and widowed. And their men continue to struggle to live and bring home nothing but loss. We have the opportunity to turn that loss into gain. 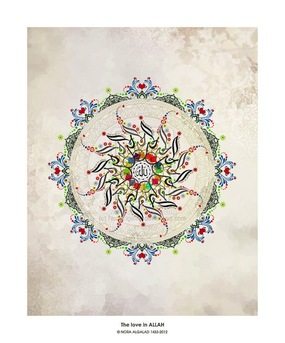 I would like to conclude with a hadith that was narrated in Damascus.
Abu Idrees Al-Khowlani said, “I walked into the Mosque of Damascus, and came across a young man with shining teeth. He was surrounded by people, and if they differed, they would return to him to settle their disagreement, and took his opinion. I asked about him. It was said to me, “This is Mu’adh bin Jabal.” The next morning I woke up early to the Mosque, but found that he already had surpassed me in attendance, found him praying. So I waited for him till he completed his prayer. Then I approached him from his front, greeted him, and said, “By God, I love you for the sake of God!” “By God?” he responded. “By God” I said. He repeated, “By God?” I said, “Yes, by God.” He said for a third time, “By God?” “By God” I replied again. He then took me by my garment, pulled me towards him, and said, “Be happy!” For indeed I heard the Messenger of God (prayers and peace be upon him) say, God (Exalted and Majestic) says, “My love is incumbent for those who love for my sake, sit for my sake, visit for my sake, and spend for my sake.” [Muwatta 2: 953 (16)]
Khayr.
By Yousaf Seyal

Here is a podcast of a talk by Shaykh Faraz Rabbani regarding the amazing hadith mentioned above.
Want to seek Relevant, Accessible, Reliable and Engaging Islamic knowledge? Register for a course before 13th May to join the Term 2 session. Search the catalog here.
Support Knowledge without Barriers in providing FREE Islamic education to the world, by becoming a monthly donor! You can find out more here. 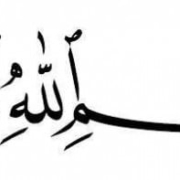 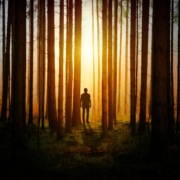 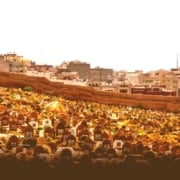