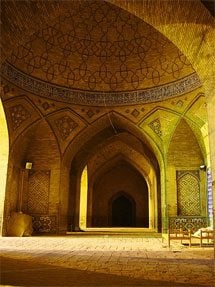 He was a companion of Hasan of Basra. Dinar was a slave, and Malik was born before his father’s emancipation. His conversion began as follows. One evening he had been enjoying himself with a party of friends. When they were all asleep a voice came from a lute which they had been playing: “O Malik! why dost thou not repent?” Malik abandoned his evil ways and went to Hasan of Basra, and showed himself steadfast in repentance.

He attained to such a high degree that once when he was in a ship, and was suspected of stealing a jewel, he no sooner lifted his eyes to heaven than all the fishes in the sea came to the surface, every one carrying a jewel in its mouth. Malik took one of the jewels, and gave it to the man whose jewel was missing; then he set foot on the sea and walked until he reached the shore.

It is related that he said: “The deed that I love best is sincerity in doing,” because an action only becomes an action in virtue of its sincerity. Sincerity bears the same relation to an action as the spirit to the body: as the body without the spirit is a lifeless thing, so an action without sincerity is utterly unsubstantial. Sincerity belongs to the class of internal actions, whereas acts of devotion belong to the class of external actions: the latter are completed by the former, while the former derive their value from the latter. Although a man should keep his heart sincere for a thousand years, it is not sincerity until his sincerity is combined with action; and although he should perform external actions for a thousand years, his actions do not become acts of devotion until they are combined with sincerity.

Glimpses of the Life of Sheikh 'Abd al-Rahman al-Shaghouri 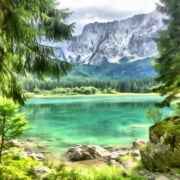