The idea of striving for success is a central theme of both the Qur’an and Prophetic teachings. It is something ultimately sought by every human. But how is success achieved?

Shaykh al-Islam Shabbir Usmani, one of the great Muslim scholars of the 20th century and a leading voice in the Independence Movement in the Indian subcontinent, said we can understand from the Qur’an and Prophetic teachings that, if the following four conditions are present, success is guaranteed.

1) One’s intention must be true;

3) The means one takes must be true; and

4) The way one takes the means must be true.

How are these four conditions made “true”?

A true intention is for one’s action to be sincerely for the sake of God.

God Most High says, “They were only ordered to serve God, making their religion sincerely His.” (98:5)

And, “Whoever hopes for the meeting with his Lord, let him do righteous work, and make none sharer of the service due unto his Lord.” (18:110)

The Messenger of God (God bless him and give him peace) said, “Actions are by intentions, and each person shall only have that which he intended.” (Related by Bukhari and Muslim, on the authority of Umar – God be pleased with him)

Having a true goal entails that one’s goal is something that is pleasing to God. What pleases God is seeking to make good one’s relationship with Him and to seek the good for oneself and for all creation.

The Prophet (God bless him and give him peace) said, “The strong believer is better and more beloved to God than the weak believer, though there is good in both. Be avid for that which benefits. Rely on God, and don’t deem yourself incapable.” (Related by Muslim, on the authority of Abu Hurayra – God be pleased with him)

The “strong believer” in this hadith has been explained in various ways, but perhaps the best explanation is that the strong believer is the one who is able to take the best of means – outward and inward – in each situation.

Some sunnas in planning the right way of action include:

[2] Consulting those worthy of consultation;

[3] Carefully weighing the choices based on the greatest likely benefit;

[4] Consigning the matter to God by suspending one’s judgment before acting and performing the prayer of seeking guidance (istikhara); and

[5] Acting in the way one then feels is of the greatest likely benefit. It is a Prophetic promise that such action will be blessed.

This entails that the way one takes the means be in accordance with the spirit of excellence, wisdom, gentleness, dignity and forbearance that are the essence of the way of the Beloved Messenger Muhammad (God bless him and give him peace).

It entails striving to promote the good – for oneself and others – in one’s action and as one acts; and to strive to respond to all challenges that arise in the best way possible.

May God inspire us to all that is best and most pleasing to Him.

Why Learn From a Teacher? - Answered by Shaykh Faraz Rabbani 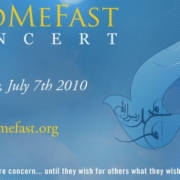 Remembering the Prophet: Brief Explanation of a line from Habib Umar's Mawlid

Muslim Scholars On Spousal Abuse: “In Islamic law it is absolutely unlawful to abuse a wife, injure…