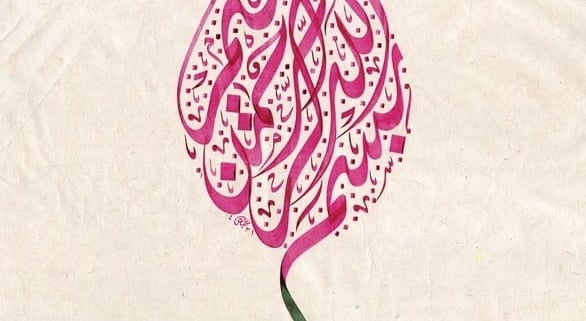 The Flower Garden of Marifa

In the name of Allah, the Merciful, the Compassionate.  Praise be to Him who created the honeybee and allowed it to generate healing honey for our bodies.  May His Peace and Blessings be upon our master Muhammad, who was sent with the sweetness of Iman and the Quran that is a healing for our hearts.
Scientists speculate that one of the causes of the bee Colony Collapse Disorder is the manner in which agriculture is performed in our times.  Vast spaces are filled with a single type of flower.  Many of these are genetically modified which, according to some studies, have less nutrition in their fruits and pollen than heirloom plants.  The same way humans would have difficulty sustaining themselves on a single type of food, bees cannot thrive on a single kind of nectar and pollen.  Likewise are the hearts.
Knowing Allah through Different States
Imam ibn Ata’illah, the great jurist and Sufi of Alexandria, said in his “Kitab al Hikam” (Book of Wisdom): “Acts of worship are diversified to accommodate the diversification of states.”
Before this the Imam says, “If He opens an opportunity to know Him, do not concern yourself that your actions are few, for He did not open that door except so that He can become known to you.  Do you not know that knowledge of Him is a gift to you and your actions are a gift to Him – and what a great difference is there between what you give to Him and what He bestows upon you!”
The aphorisms in the Hikam are written in such a way that those in close proximity to each other are related.  The diversity of states, which we are to react to with the correct action, is for the purpose of knowing Allah, Exalted is He, through those various actions which we are inspired to do.
The Prophet, peace and blessings be upon him, said, “How wonderful is the case of a believer; there is good for him in everything and this applies only to a believer. If prosperity attends him, he expresses gratitude to Allah and that is good for him; and if adversity befalls him, he endures it patiently and that is better for him.”
In times of sinfulness we make repentance, and so we come to know of Allah the Forgiving (Al Ghafur).  In times of prosperity we praise Him and come to know of Allah the Praiseworthy (Al Hamid).
This is converse to those whom Allah describes in the Quran as follows: “As for man, whenever his Lord tries him by honouring him, and is gracious unto him, he says: My Lord honoured me.  But whenever He tries him by straitening his means of life, he says: My Lord despises me.”  (Surat al-Fajr 15-16)
Different Tastes of Spirituality

Allah, Exalted is He, sustains every soul just like He sustains the honeybee – by presenting it with different flowers, some of which take the form of adversity, some the form of prosperity. Different tastes are also experienced at the time of prayer, the time of fasting, and so on.  Through these, the soul is strengthened by the sweetness of Iman in each opportunity.  The flower, beautiful as its appearance is, exists so that we can drink from the nectar that is the spiritual dimension of worship. With each different kind, we come to know different attributes of Allah so that Allah, Exalted is He, completes our soul with more knowledge of Him from different facets.
The sacred month of Rajab is upon us, so let us busy ourselves. Imam ibn Ata’illah wrote in “The Crown of the Groom” that we should take the business of the bee as an example.  Between Rajab and Ramadan, the spiritual spring is upon us, allowing us to make the honey that will sustain our souls in the journey that takes place in this life and the next.  May Allah grant us tawfiq to worship Him abundantly in the way that is most pleasing to Him. 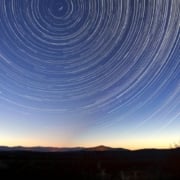 Video: Worshipping Allah As If You See Him - Habib Umar