A gem of a Qasida (poem)

Here is a superb Qasida (poem), lauding Allah’s creation, and exalting His Perfection and Majesty, and summoning attention to His bounties and gifts. The Qasida has been composed by as-Sayyid al-Imam Abdalla bin Ja’afar Mad-har al-‘Alawi.

There is a spiritual enchantment here in the close weave of exquisite pearls, gnostic subtleties and a beauty that enraptures by its very sacredness. Here also is a musk-laden fragrance that holds the heart-beat by its sheer power.

An ardent devotee who excels himself in its laudation deserves no blame. Nor need censure be his lot if divine love spurs him to tear the veils away, the nearer to draw to the object of his contemplation. And here is the Qasida:

Seek and re-seek
Methinks never will you find
A better Guide
Than he of the Lote tree
And the setting Star
Thread with him
Thru’ every mountain pass
Betwixt the range,
Flee with him
Up vistaed slopes
Down verdant valleys.
Flee with Him
Across arches of the years
At the journey’s end
Halt at the Celestial gate
There alight
Prostrate and draw nigh
Proclaim the Noble Laud:
O Allah, I seek refuge
In Thy good pleasure
From Thy wrath
And in Thy Forgiveness
From Thy Retribution
And I seek refuge
In Thee from Thee
What power have I to celebrate Thy praise
No praise save Thine are meet for Thee
Supplicate to the Munificent
The Generous, the Infinitely Forgiving
The High Exalted, the Everlasting and Unique
The Self-Sufficing, Omnipotent, the Benign
The Sublime, the Supreme
The Hearer, The Seer
The Clement and Bountiful, the Evergood
The Compassionate and the Subtile
Exalted is the Puissant in His power
He has no like, nor equal, nor peer
Nor morn nor eventide encompass Him
Nor dusk nor dawn
Nor space nor time englobe Him
He is the Ancient sans prior
The Everlasting without end
Abiding without termination
Years can’t hold him
Neither months limit Him
Nor vision grasp Him
Nor conjecture
Nor Time
He is but time’s Creator

O stars of the night
Who ushered you
Backwards from the Orient
That you may set
Who else except the Glorious
Who told the stars:
Rotate
O Moon-now but a shrivelled leaf of palm
Who ‘clipsed off you the lunar glitter
Ask the sun who schooled her
Her paths as she comes and goes
Spanning the earth in but a day
Wearying the winds in their march

“Be” was the command
“We’re”, the prompt compliance
O Subtle in His Loving Kindness
O Judge, Giver, Restorer of broken bones
O Aider of the distressed
O Sanctuary: Deliverer of the exposed
My Protector! protect me
And from every evil
Guard me.
And Suffice us
From worldly cares
Against death agonies
And the hellish Fire
And blessings of the King
Most High
Long may they rain
Upon the Chosen Ahmad
Long as epochs unfold

Some gnostics have said a donkey is better versed in the knowledge of Allah than he who asks for evidence of the Oneness of Allah. Do not gaze at creation like a sucking babe or the static rejecter of Allah’s existence: all he sees are mere edifices standing before him. But contemplate at the handiwork, the way a seeker of guidance would, for he will see the Maker in the handiwork, the Creator in creation. Should he be awed by their beingness and their createdness, he should realise that the Creator is greater than the handiwork and it is He that does compass all things. The laud be to Allah’s glory for what the poet said:

Let no majesty, power or splendour
Bind you in awe
Or wrap you in spell
Seek Him who made it all
Before Him bow
The bow of the humble
For His is the Majesty
The Splendour, the Power
The Transcendent Glory

(Note: This is chapter 11 from Miftah u’l Jannah of The Majestic Shaykh al-Habib Ahmad Mash-hur bin Taha al-Haddad. The translation is by Shaykh Mohamed Mlamali Adam in consultation with Sayyid Omar Abdalla) 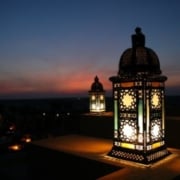 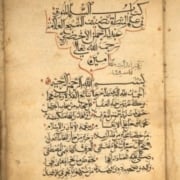 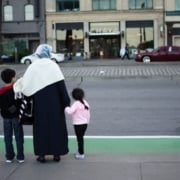 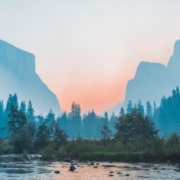 The Meeting - By Novid Shaid 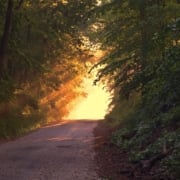