Every year in the blessed month of Rabi al-Awwal, we should come to know our Prophet, Allah bless him and give him peace, a little better. In this series, the Prophet’s Smile, we try to do this by looking at the things that brought a smile to his blessed face and at times made him laugh.

By studying his characteristics, we gain insight into the things he talked and thought about, and into the beauty of his character. By knowing more about him, we hope to increase in love for him. We also hope to gain his love and pleasure, which cannot be separated from the love and pleasure of Allah Most High.

There are many accounts of companions describing his smile. Sayyiduna al-Husayn asked his father, Sayyiduna Ali,peace be upon them both, to describe how the Messenger of Allah was with his Companions. He said: “He was always cheerful and smiling, gentle in character.”

The commentators say that this does not negate the fact that he is also described as being constantly in a state of sadness, out of concern for the wellbeing of his nation. Outwardly he was cheerful, but his inner state was one of sadness.

Sayyiduna Ali went on to say that the Prophet  would laugh at the same things his Companions would laugh at, and would marvel at the things which they marvelled at. He did this to make them feel comfortable and at ease.

One of the Companions said that he had never seen anyone who smiled more than the Messenger of Allah.
Another narrates that since he became Muslim, the Prophet  would always smile at him when he met him.

Several narrations tell us that “his laugh was his smile”or that “most of his laughter was smiling”, which is understood to mean that generally he would smile when amused and only rarely would he actually laugh out loud. The same applies to the Prophet Sulayman, peace be upon him who smiles broadly in amusement at the words of the ant, as recounted in the following verse:

So [Sulayman] smiled, amused at her speech, and said, “My Lord, enable me to be grateful for Your favor which You have bestowed upon me and upon my parents and to do righteousness of which You approve. And admit me by Your mercy into [the ranks of] Your righteous servants.”(Sura Naml, 27:19)

When he was happy, the Prophet’s face would light up as brightly as a piece of the moon. When he opened his mouth to laugh, his teeth would shine as brightly as lightning and were as brilliantly white as hailstones. Imam al-Llahji says that this metaphor is appropriate because lightning strikes very quickly and the Prophet ﷺ would not keep his mouth open for more than an instant. Also lightning is followed by rain, which is a manifestation of Allah’s mercy, and the Prophet’s laughter would invariably be followed by a kind word or a gift or some other manifestation of his mercy.

Imam al-Busiri perfectly sums all this up in the Burdah:

كأنّما اللّؤلؤ المكنون في صدف
من معدني منطق منه ومبتسم
It is as if precious pearls protected in their shells
Poured forth from the treasury of his speech and smile.

What Happened When My Son Disturbed Junaid Jamshed in His Prayer

The Description of the Prophet Muhammad by Athar Husain 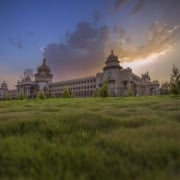 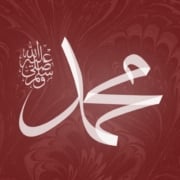 Take a Closer Look at The Prophet's Heart How to be real men, by Habib Ali Al-Jifri