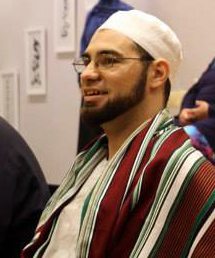 Shaykh Ahmed Abdo was born in Sydney, Australia. His pursuit to seek traditional Islamic scholarship has taken him around the world with some of the most esteemed scholars of our time.
In 2000, he embarked on a traditional journey in the Sacred Islamic Sciences through the Rihla program in Andalucia, Spain.

In 2005, Shaykh Ahmed travelled to Tarim to study with Dar al-Mustafa, a centre for traditional Islamic scholarship. It is in this environment that he would develop a richer understanding of the Islamic faith, learning from renowned Islamic scholars such as Habib Umar, Habib Ali al- Jifri, Habib Kadhim, and Shaykh Umar bin Hussain al- Khatib.

Shaykh Ahmed studied the core Islamic sciences, with a particular interest in the area of Islamic Jurisprudence.

He has travelled extensively to as an interpreter accompanying Habib Kadhim and Habib Umar for their lecture tours in South Africa, Canada and Australia.

For the past few years Shaykh Ahmed has been studying under the instruction of Shaykh Umar with a particular focus on Shafi’i Fiqh.

Most recently, (and some may have seen it in the media) Shaykh Ahmed was sworn in as a Police Muslim Chaplain. Where he hopes to meet the spiritual needs of police officers, particularly our Muslim police officers, as and when they may need it.

Keep The Company of These Three Types of People, by Shaykh Ahmed Abdo 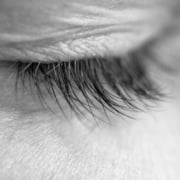 Can You Help Me Get My Faith Back?

What Should I Know in Order to Enter Heaven If I Have Never Heard About Islam?