In this video, the late Egyptian luminary and scholar, Shaykh Muhammad Metwali Al-Sha’raawi (RA) urges us to reflect on our consumption of food in the month of Ramadan. He reminds us that there is no benefit in overeating or being gluttonous once the time of breaking fast sets in. Rather, we should suffice ourselves with minimal food so that we may reap the spiritual and physical benefits of fasting. By being conscious of the true meanings of Ramadan, Muslims will be able to live lives of moderation and balance.

Shaykh Muhammad al-Sha’raawi was born in Egypt on the 5th of April , 1911. At the age of 11, he had completely memorized the Quran. He graduated from the Faculty of Arabic Language at the al – Azhar University in 1941. He was considered and recognized as a gifted exegete of the Quran. He was revered and respected in the Muslim world for his scholarship and piety. His regular weekly programme on Egyptian television immediately following Friday prayers was followed by millions of people around the Middle East. During his programmes, he would explain the Qur’an with humor, wisdom and the use of examples drawn from everyday life. He passed away on the 4th of June, 1998. Reportedly more than a million mourners packed Cairo’s streets in a display of grief. 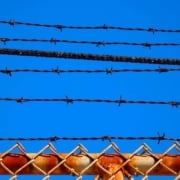 Can I Pay Money to Make Up for My Fasts?

Is the Basmala Part of the Qur'an?