You are here: Home / Articles (Parent of blog articles)

MSA National will be broadcasting one main session LIVE from the MSA West Zone Conference! 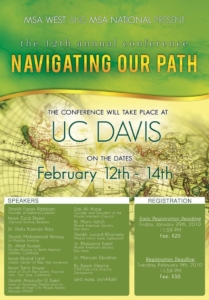 ***Charting Our Map: Navigating our Path*** 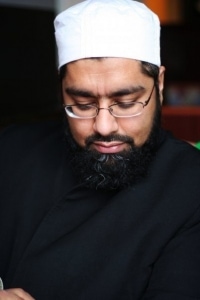 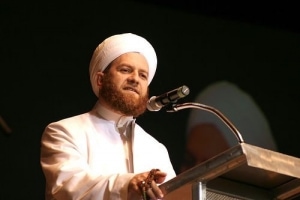 “And surely We have honored the children of Adam, and We carry them in the land and the sea, and We have given them of the good things, and We have made them to excel by an appropriate excellence over most of those whom We have created.” (Quran 17:70)

As Muslim students we have the power to use our spiritual and education/career goals create the paths we cross. We should strive for excellence in everything that we do, not just some of the things we do. What’s tricky is figuring out the right balance. Self analysis is key to developing ourselves into well rounded individuals. How is this accomplished? What are the proper steps to achieve this beautiful balance?

AN EXCLUSIVE Q&A SESSION WILL BE HELD FOR OUR ONLINE ATTENDEES AT THE END OF THE SESSION!!

Qurba Academy in conjunction with ISNA Canada and Lote Tree Learning & Resource Centre is excited to announce that Shaykh Yahya Rhodus will be holding a free public lecture this Fri night at 7pm at ISNA Canada. The talk is titled The Prophet : Knowing The Best Example. Please spread the word. We look forward to seeing you on Friday. In the Name of Allah, the Benevolent, the Merciful. May Allah’s blessings and peace be upon His Beloved Messenger, his companions and folk.

‘The aim and spirit of spiritual routines (awrad) is presence with Allah.

Aim for it; you will reach it only if you travel the road that leads to it, which is performing the external activities and striving to be present with Allah during them. When you persevere in this you become immersed in the lights of Proximity, and the sciences of gnosis emanate upon you, at which your heart becomes wholly intent on God and presence becomes its nature and well-established quality.’ [The Book of Assistance]

A wird (plural: awrad) is any regular routine of worship, such as prayer, remembrance (dhikr), supplication (dua), fasting, and so on. One can also consider regular routines of religious study and reading to be a wird.

It is sunna to be consistent in one’s works; to take on only as much as one can sustain with excellence, without feeling overwhelmed; to focus not only on actions, but on excellence in one’s actions; and to strive for gradual, meaningful increase that is sustainable.

Prophetic Guidance on Consistency and its Consequence

The Messenger of Allah (peace and blessings be upon him) said, “Take from actions that which you can sustain, for verily Allah doesn’t tire until you tire.” [Bukhari & Muslim, from A’isha (Allah be pleased with her)]

This means, as Imam Nawawi explains, that Allah doesn’t tire of rewarding and accepting your works until you tire of performing them; or that it is not Allah who tires (for He is exalted beyond imperfection) but it is you who tires.

And our Beloved Messenger (peace and blessings be upon him) said, “Verily, this religion is ease, and none will make the religion difficult except that it will overwhelm them. So remain steadfastly committed; do your best; and be of glad tidings. And seek assistance in the early mornings; the late afternoons; and something of the depths of the night.” [Bukhari and Nasa’i, from Abu Hurayra (Allah be pleased with him)]

Making the religion difficult is to take on more than one can manage. Remaining steadfastly committed entails seeking knowledge of who to seek Allah Most High, how to act according to the Prophetic example of excellence, and to strive to act accordingly. Doing one’s best is to take on what one can sustain; to keep consistent; and to do the best one is able to manage if one can’t do everything completely. Being of glad tidings entails celebrating the favour of Allah Most High having gifted one with the urge to seek His pleasure; the knowledge of how His pleasure is sought; and for inspiring one to act accordingly. “Say, in the bounty of Allah and His blessings, in that let them rejoice…” [Qur’an, 10.58]

The three blessed times that are particularly beneficial for spiritual striving are (1) Fajr time and after sunrise, when there are few distractions (the early mornings); (2) Asr time, or during and after one’s return from work (the late afternoons); and a little of the late night, after having slept (tahajjud time)–the time for true lovers of Allah to stand with their beloved.

The Reality of Sincerity, its Manifestation in Consistency, and its Consequence

Sincerity is to seek Allah Most High alone in one’s actions. This meaning is manifest in consistently–as it affirms that one acts for the sake of Allah whether one have the inclination to or not; and it manifests the trueness of one’s yearning for Allah.

Consistency also strengthens one’s resolve to seek Allah; makes one’s efforts add up; changes the heart, polishes it, and directs it towards Allah. And if one’s seeking becomes consistent, then one will surely find Allah–and attain unto His closeness, love, and presence.

Walking to Allah and Allah Rushing to You

The Messenger of Allah (peace and blessings be upon him) related that Allah Most High says, “I am as My servant thinks of Me. And I am with them when they remember Me. And, by Allah, Allah rejoices more in the repentance of His servant than when one of you finds their lost property in a vast space. Whoever draws close to Me by a handspan, I draw close to them by an arm’s length; and whoever draws close to Me by an arm’s length, I draw close to them by two arm’s lengths; and whoever directs themselves to Me walking, I direct Myself to them running.” [Muslim, from Abu Hurayra (Allah be pleased with him); Bukhari mentions it with similar wording]

This means that anything the one does of the good for the sake of Allah is magnified in its reward and spiritual consequence–and that when one’s directing oneself to Allah becomes consistent and true, then Allah rushes to one by granting His closeness, love, beholding, and concern. [Ayni, Umdat al-Qari Sharh Sahih al-Bukhari, and others] 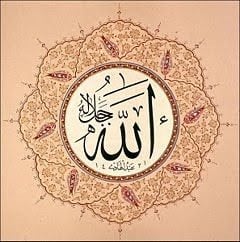 Imam Ahmad relates that the Prophet (Allah bless him and give him peace) said that Allah Most High says, “O child of Adam! Stand up for Me, and I will walk towards you. Walk towards Me, and I will rush towards you.” [Ahmad, Musnad, with a rigorously authenticated (sahih) chain of narrators according to Imam Mundhiri, in his Targhib ]

May Allah make us of the people of sincerity, consistency, trueness in turning to Allah–and of those whom Allah accepts, turns to, loves, draws close, and grants His spiritual beholding, such that we worship, submit, and live “as though we behold Him,” with every step and breath expended on the footsteps of His Beloved Messenger Muhammad (peace and blessings be upon him and his folk).

[Quote of Imam Haddad itself from: Ashrafiyya, with thanks.]

Ten Adab of Seekers of Knowledge

In pursuit of learning more about Tazkiyyah, I bought “Purification of the Heart: Signs, Symptoms, and Cures of the Spiritual Diseases of the Heart.” In this book, Shaykh Hamza Yusuf provides commentary on Imam al-Mawlud’s Matharat al-Qalb. In this book, Shaykh Hamza provides commentary on the following verses from Imam Mawlud’s work:

“I begin by starting with the heart of beginnings,

For it the highest and noblest of beginnings.”

Commenting on these two lines, Shaykh Hamza informs us that, as is often the case, we have lost some intricacies of these two verses due to translation. Focusing in on “heart of beginnings”, the word for beginning in Arabic is ba’du and the word for heart in Arabic is qalb. Another meaning of qalb in Arabic is to reverse, so in Arabic this phrase can also be read as “qalb ba’du” or “reverse beginning”. If we take this literally, what happens if we reverse the word ba’du? In Arabic, we get the word adaab, which means to be courteous, but also to have good manners, morals, etiquettes, etc.

END_OF_DOCUMENT_TOKEN_TO_BE_REPLACED

YouTube – Ya Arham al-Rahimin (O Most Merciful!) from Mawlid with Habib Munzir al-Musawwa

A powerful clip from the weekly mawlid of Habib Munzir al-Musawwa of Jakarta (Indonesia). Faraz Rabbani of SeekersGuidance (https://seekersguidance.org) was in attendance as part of the January 2010 Arus Damai tour. See: http://www.majelisrasulullah.org/ and http://www.arusdamai.com)

Habib Munzir al-Musawwa (http://www.majelisrasulullah.org/) focusses his call (da`wah) towards youth–particularly those in dire poverty, and those stuck in crime, drugs, and distance from the ways of deen. 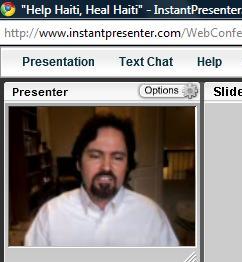 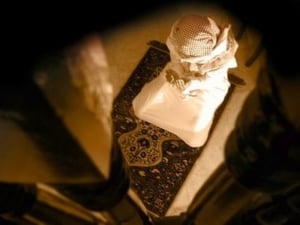 4. Haji or pilgrimage to Makkah.

6. Remembrance of Allah in all possible situations.

7. Earning one’s livelihood in accordance with the regulations of the Shari’ah

9. Persuading people to act righteously and dissuading them fromwhat is reprehensible and forbidden.

10. To follow the Sunnah, or the practice of the Holy Prophet (Allah bless him an grant him peace)”