This course will cover the details of financial transactions, inheritance, marriage, divorce, child custody, injurious crimes, fixed Sharia punishments, hunting and halal slaughtering of animals, oaths and vows, and court proceedings according to the Shafi’i School of Islamic jurisprudence.  It will cover the who can undertake a financial contract, what can be sold, and various details of a wide number of contracts like hiring, agency, companies, and investments. The course also goes over the various shares in inheritance, its conditions and execution, and other related matters. There will also be some detail on polygamy, the Islamic juristic and political structure, and jus ad bellum and jus in bello.

This course is an explanation of Matn Abi Shuja’ , written by the learned and pious Shafi‘i scholar from Basra, Ahmad ibn al Hussein al-Asfahani (d. 500’s AH / 1100’s CE), more famously known as, Abu Shuja‘. Abu Shuja‘ taught the Shafi‘i school for 40 years in Basra, working as a scholar and judge, before retiring at the end of his life to Medina, where he worked as a servant at the mosque of the Prophet (Allah bless him and give him peace). His Matn Abi Shuja‘, a short introduction to the Shafi‘i school of sacred law, is one of the most blessed textbooks of the school–although it was written almost a millennium ago, it remains an integral part of Shafi‘i fiqh curricula all over the world, and has been the subject of dozens of commentaries and super-commentaries ever since it was written all the way down to the present age. 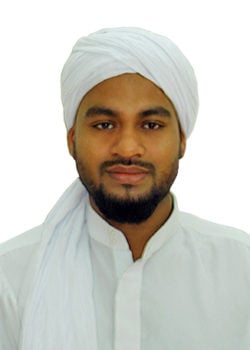