Tafsir for Youth: The Qur’an Explained, Part One

You are here: Home / Courses / Edwiser Bridge / Tafsir for Youth: The Qur’an Explained, Part One

Tafsir for Youth: The Qur’an Explained, Part One

In this course, shaykh Yusuf Weltch will be covering the Aphorism’s of Imam al-Haddad, a collection of wisdoms and insights to help us to correctly percieve the our religion and live up to its teachings. Likewise, he will cover commentary on chapter of al-Fatiha and the last 20 chapters of the Qur’an, hoping to shed some light on the guidance, stories, and context of the chapters we read most often. 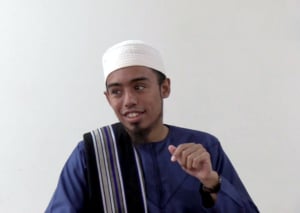 Shaykh Yusuf Weltch is a teacher of Arabic, Islamic law, and spirituality. After accepting Islam in 2008, he then completed four years at the Darul Uloom seminary in New York where he studied Arabic and the traditional sciences. He then travelled to Tarim, Yemen, where he stayed for three years studying in Dar Al-Mustafa under some of the greatest scholars of our time, including Habib Umar Bin Hafiz, Habib Kadhim al-Saqqaf, and Shaykh Umar al-Khatib. In Tarim, Shaykh Yusuf completed the memorization of the Qur’an and studied inheritance law, legal methodology, hadith methodology, Qur’anic exegesis, Islamic history, and a number of texts on spirituality. He joined the SeekersGuidance faculty in the summer of 2019.