You are here: Home / Articles (Parent of blog articles) / Article-General

He was an extraordinary husband, a perfect father, and a unique grandfather. He was unique in every way. He treated his children and grandchildren with great compassion, and never neglected to direct them to the Hereafter and good deeds. He smiled at them, caressed and loved them, but did not allow them to neglect matters related to the afterlife. In worldly matters he was extremely open; but when it came to maintaining their relationship with God, he was very serious and dignified. He showed them how to lead a humane life, and never allowed them to neglect their religious duties and become spoiled. His ultimate goal was to prepare them for the Hereafter. His perfect balance in such matters is another dimension of his Divinely inspired intellect.

In a hadith narrated by Muslim, Anas bin Malik, honored as the Messenger’s servant for 10 continuous years, says: “I’ve never seen a man who was more compassionate to his family members than Muhammad.” [1] If this admission were made just by us, it could be dismissed as unimportant. However, millions of people, so benign and compassionate that they would not even offend an ant, declare that he embraced everything with compassion. He was a human like us, but God inspired in him such an intimate affection for every living thing that he could establish a connection with all of them. As a result, he was full of extraordinary affection toward his family members and others.

All of the Prophet’s sons had died. Ibrahim, his last son born to his Coptic wife Mary, also died in infancy. The Messenger often visited his son before the latter’s death, although he was very busy. Ibrahim was looked after by a nurse. The Prophet would embrace, kiss, and caress him before returning home. [2] When Ibrahim died, the Prophet took him on his lap again, embraced him, and described his sorrow while on the brink of tears. Some were surprised. He gave them this answer: “Eyes may water and hearts may be broken, but we do not say anything except what God will be pleased with.” He pointed to his tongue and said: “God will ask us about this.” [3]

He carried his grandsons Hasan and Husayn on his back. Despite his unique status, he did this without hesitation to herald the honor that they would attain later. One time when they were on his back, ‘Umar came into the Prophet’s house and, seeing them, exclaimed: “What a beautiful mount you have!” The Messenger added immediately: “What beautiful riders they are!” [4] They may not have been aware that the Messenger had honored them. This special compliment was due to their future status as leaders and family heads of the Prophet’s household. Among their descendants would be the greatest and most respected saints. His compliment was not only for his grandsons, but for all his offspring. For this reason, ‘Abd al-Qadir Jilani, a well-known descendant of the Prophet’s household, said: “The Messenger’s blessed feet are on my shoulders, and mine are on the shoulders of all saints.” This statement will probably stand for all saints to come.

The Messenger was completely balanced in the way he brought up his children. He loved his children and grandchildren very much, and instilled love in them. However, he never let his love for them be abused. None of them deliberately dared to do anything wrong. If they made an unintentional mistake, the Messenger’s protection prevented them from going even slightly astray. He did this by wrapping them in love and an aura of dignity. For example, once Hasan or Husayn wanted to eat a date that had been given to distribute among the poor as alms. The Messenger immediately took it from his hand, and said: “Anything given as alms is forbidden to us.” [5] In teaching them while they were young to be sensitive to forbidden acts, he established an important principle of education.

END_OF_DOCUMENT_TOKEN_TO_BE_REPLACED

212. Chapter: On the excellence of rising in the night to pray 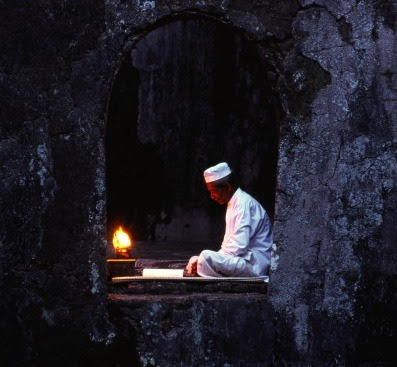 1160. ‘A’isha said, “The Messenger of Allah, may Allah bless him and grant him peace, used to get up to pray at night to the extent that his feet became swollen. I said to him, ‘Why do you do this, Messenger of Allah, when you have been forgiven your past and future wrong actions?’ He said, ‘Should I not be a thankful slave?'” [Agreed upon]

1162. Salim ibn ‘Abdullah ibn ‘Umar ibn al-Khattab reported from his father that the Messenger of Allah, may Allah bless him and grant him peace, said, “‘Abdullah is an excellent man. If only he would pray during the night.” Salim said, “After that ‘Abdullah spent very little of the night asleep.” [Agreed upon]

1163. ‘Abdullah ibn ‘Amr ibn al-‘As said, “The Messenger of Allah, may Allah bless him and grant him peace, said to me, “‘Abdullah, do not be like so-and-so who used to pray at night and then stopped doing it.'” [Agreed upon] END_OF_DOCUMENT_TOKEN_TO_BE_REPLACED

Extract of a rendition of the Qasida Burda from a Mawlid in Jakarta, Indonesia. Part of the Arus Damai tour, January 2010

A powerful & moving rendition of the Qasida Burda of Imam Busiri by Shaykh Diya’ of Amman, Jordan. Chapters 1 & 2. This is a formula of prayers (salat) on the Prophet Muhammad (Allah bless him, his folk and companions and grant them peace) by Habib Umar bin Hafiz. He advised us to read it a lot in the month of the Beloved’s birth (Allah bless him and grant him peace):

“O Allah send prayers, peace and blessings upon the Manifest Light, Your Slave and Your Beloved, our Liegelord Muhammad the Trustworthy, as well as his folk and companions, and make us true in his love, honor us with nearness to him, and include us among his entourage. O Lord of the Worlds.”

Yemen is renowned for its religious schools, which attract hundreds of international students every year. Those schools are now under increasing scrutiny, with the United States, among the nations, concerned about a possible growing al-Qaeda presence there. But there is another side to education in Yemen, as Al Jazeera’s Hashem Ahelbarra reports from the Hadramaut Valley.

When in any difficulty recite:

“O Allah, I hope for Your mercy, do not leave me for even the duration of an eye blink and correct my total condition. Besides You there is none worthy of worship”. (Hisnul Hasin)

“Allah is sufficient for us and He is the Best Guardian”. (Quran, Surah Al-Imraan)

“Allah is my Lord, I do not ascribe anything unto Him”. (Hisnul Hasin from Abu Dawood)

“O Alive and everlasting One, I beseech You by Your mercy.” (Mustadrak Hakim)

“O Allah, there is none worthy of worship besides You. You are Pure, definitely I have oppressed my soul by sinning”.

It is stated in a hadith that

is the medicine for 99 ailments, the least of which is depression.
(Baihaqi in Dawatul Kubra)

It means that these words are so beneficial and useful that big/great grievances, depression and sorrow are easily removed in its stride.

Abdullah bin Abbas (Allah be pleased with him) narrates that Prophet Mohammad (peace and blessings be upon him) stated that if a person constantly makes “Istaghfar”, then Allah removes every difficulty, frees him from every sorrow and makes a means for him to receive sustenance from places that he never thought of.  (Mishkat from Ahmad) 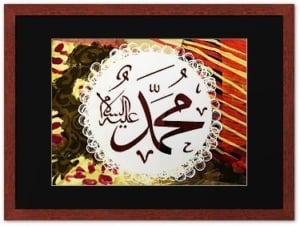 Michael Pollan, one of the best-known names in food-related issues, offers a guide about health and food. Food Rules: An Eater’s Manual is a set of memorable ideas for eating wisely. Many of them are drawn from a variety of ethnic or cultural traditions. Whether at the supermarket or an all-you-can-eat buffet, this handy, pocket-size resource is for people who would like to become more mindful of what they are eating. 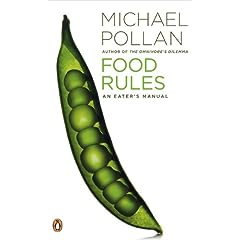