You are here: Home1 / bidah

The love of the Prophet is shining on the faces of his lovers this month. Many are reciting Imam Busiri’s Burda poem. But is it a bid’ah (blameworthy innovation?) Shaykh Muhammad Ba-Dhib explains in this lecture.

In Praise of the Prophet

The praise of the Prophet, Allah bless him and give him peace, and mention of his qualities is something that the angels proclaim, and all of Allah’s creation engages in. Most of all, it is a matter than Allah himself proclaims, in the Qur’an and in the previous scriptures.

This is a reality that we need to establish in our hearts. We shouldn’t allow ourselves to be swayed by those who deny the merit of gathering to praise the Prophet. Repetition of praise of the Prophet has a positive impact on deepening faith in the heart. Faith increases and decreases, and anything that helps it increases and stir its increase is praiseworthy.

Poetry is a means of conveying praise and celebration and love. In every culture, we find poetry embraced by the lovers praising their beloved. Poems have lasted the test of time, recited throughout the ages. These poems may be religious or otherwise, in Arabic English, Urdu and in all other languages.

Learning literature is a means of softening the human temperament. So let us remain within the art of sending blessings and praise of the Prophet. In the pre-Islamic times, the Arabic would memorise poetry rather than writing it down. Humans have preserved poetry because they have a natural inclination towards love and expressions of love. In fact, people would recite in the presence of the Prophet, who said, “Truly, in some poetry, there is great wisdom.”

In our tradition, we only reject poetry with immoral or lewd meanings. One of the poems that was recited in the mosque of the Prophet, is called “Burda,”or mantle, authored by Ka’ab ibn Zuhayr.

Ka’ab used to be one of the staunchest enemies of Islam, and used to write poetry lampooning Islam and the Prophet. However, guidance entered his heart, and he wrote a poem in praise of Islam. He entered the mosque and sought forgiveness from the Prophet for his past actions, who put his mantle over Ka’ab’s shoulders. Thus, his poem became called the “Burda,” or the mantle.

Interestingly, the first sixty lines of the poem were not religiously themed. Rather, they praised Su’ad, a lady whom Ka’ab had loved but had not been able to be with. The Prophet did not prevent his from reciting it in his mosque, nor did he criticise him. This proves that even non-religious poetry is permissible as long as it is not lewd or immoral in nature.

It’s original name is “Al-Kawakib al-Duriyyah fi Madhi Khayr al-Bariyyah, ”or “The Shining Stars in Praising the Best of Creation.” However, it became famous as “the Burda,” to the point that it eclipsed Ka’ab’s original Burda.

Imam Muhammad al-Burisi is the author. He lived in Egypt but was originally from one of the Berber tribes of North Africa. He was the scribe for the local ruler, and would write the royal correspondence from the palace.

One day, as he advanced in age, he was affected by a type of paralysis. It took place suddenly, and nobody came to visit him. He stayed in his house alone, and sent a lot of blessings on the Prophet. Because he was a poet, he began composing a poem in praise of the Prophet, until he reached a line which he was unable to complete. He put his pen down and went to sleep, when he had a dream of the Prophet.  In his dream, the Prophet helped him complete the line, and then lay his mantle over al-Busiri’s body. When he woke up, his had been completely healed.  After he completed his poem, it began widely accepted and recited all over the Muslim world.

It is interesting to note that Imam al-Busiri was not just a poet, but also an acclaimed scholar who studied with the best of his time. He took the Shadhili spiritual path who studies with Abu Abbas al-Mursi. His Burda became so famous that almost every major scholar wrote a commentary on it. Throughout the ages, no one contested the legitimacy of the Burda, whether they be grammarians, hadith scholars, or tafsir scholars. A few scholars would occasionally a few object to a line or two, but their questions could all be answered easily.

The problem is when people make categorical statements, such as “The Burda is shirk,”etc. This is a narrow-minded and intolerance approach. If hundreds of great scholars of the past had objected to it, they would have warned against it rather than promoting it. 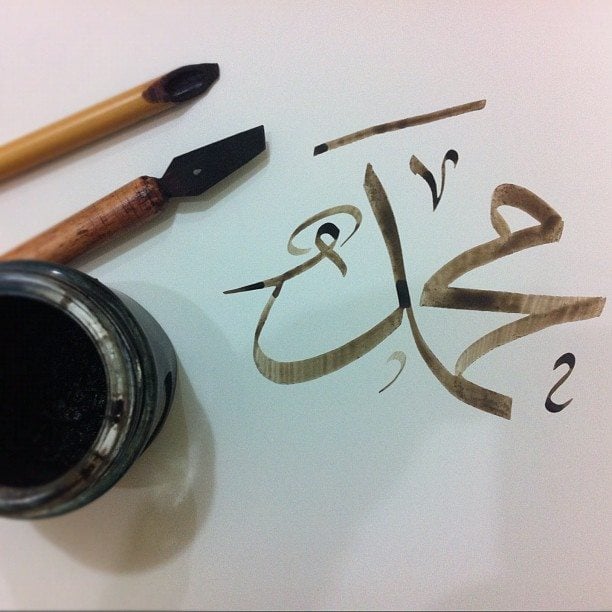 Saying that Muhammad ﷺ was “merely” a messenger as if there is nothing more special about him is a gross innovation. Shaykh Faraz Rabbani shares a number of short stories from the sahabahs, and the Islamic tradition, that highlight how they celebrated the qualities and tremendousness of the Prophet ﷺ. We need to nurture regular gatherings that foster the tradition of celebrating the Prophet ﷺ but without making these too complicated or burdensome.
Shaykh Faraz elaborates further in this video, recording as part of the weekly gathering at SeekersGuidance Toronto, Circle of Light: A Night of Remembrance, Praise & Inspiration.
Want more of these updates? Join the SeekersGuidance Mailing List and take a free course with SeekersGuidance Online Academy. 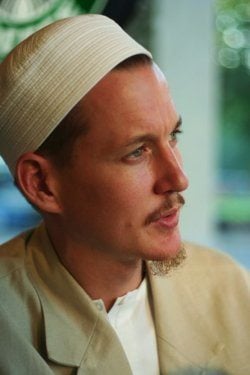 Shaykh Faraz Rabbani answers a critical question, “What is the place of Sufism in the Islamic sciences? Have many of the ideas within mainstream Sufism come from outside the Muslim faith?”