You are here: Home / division

When faced with disagreements amongst Muslims, Shaykh Faid Mohammed Said argues that we should take the example of Abdullah bin Masud (may Allah be pleased with him) who said, “All division is evil and no good will come from it”.

One of the main principles of this religion is focusing on human honour and human dignity. In Surah Al Baqara, Allah speaks about how He made Adam (peace be upon him) and ordered the Angels to prostrate to him. In this we can see how Allah has honoured humans by ordering His creation that does not commit any sin, that worships Him constantly, that He made from Nur (light) to make prostration for our father Adam. And Allah said in Surah Al Isra “Indeed, We have honoured mankind”.

All humans are honoured because Allah has honoured them. Amongst humans, the most honoured are the pious ones. Every mu’min’s (believer’s) aim is to achieve piety as the purpose of all forms of worship is to achieve piety. In Surah Al Baqara Allah Most High said, “O people, worship your Lord who has created you and those before you so you may achieve piety”.
That is why the Messenger of Allah, may Allah bless him, said in his prayers of travelling “We beg you, O Allah, to achieve piety and righteousness”. And our beloved Lord, Most High, said in the Quran that He only accepts the prayers and actions of the pious ones, may Allah make us from them.

The Danger of Pessimism

In Hadith narrated by Abu Hurayrah (may Allah be pleased with him), the Messenger of Allah, may Allah bless him, said:

If piety is our aim then we have to think good of all muslims. In Surah Hujurat (10), Allah (Subhanu wa Tala) said:
“Indeed all muslims are brothers”.

We shouldn’t see the ummah through the eyes of misguidance and doom, rather we should see the abundant good in the ummah. In a hadith reported by Imam At Tabarani, the Messenger of Allah, may Allah bless him, said

“My ummah is like the rain” because you don’t know whether the beginning or the end of the rain was the reason of all the fruits and vegetables that we have.

The ummah is going through difficult times and dividing into groups and adding fuel to the fire is one of the greatest dangers. Every Muslim has to put their effort in doing their part in uniting people. We cannot divide the divided. The state of the ummah requires a great sense of vigilance. And we have to be very careful with every word we say and every action we take that may cause fitna, chaos and division.

Allah, Most High, said in Surah Al Anam (159),”Indeed those who divided their deen (religion) and they became groups, you [O Messenger] are not related to them”.

This is the greatest warning ever when Allah disconnected those who divide and become groups from the Messenger of Allah, may Allah bless him.

We shouldn’t say there are already groups and division, each person is responsible for their own actions. And every action and word should be for the common good, and to cooperate and work together in anything that promotes togetherness and piety as Allah said in the second ayah of Surah Al Maidah.

We urge everyone to give up their rights for the common good and not to insist on their opinion. We see when Sayyiduna Uthman (may Allah be pleased with him) completed salah in Mina when travelling, many companions approached him to say “The sunnah is to shorten the salah, we prayed behind the Messenger of Allah, may Allah bless him, and he shortened his salah, and Abu Bakr and Umar followed that sunnah”.

We should apply this great understanding of Abdullah bin Masud (may Allah be pleased with him) in all our issues, and we should rise above the situation and circumstance and aim for the highest form of worship and piety (taqwa). Taqwa is to please Allah and the Messenger of Allah, may Allah bless him, to concentrate on oneself and to be a source of good for everyone. Taqwa also is to not look down on anyone no matter how bad or evil you think they are because Allah might forgive them.

In hadith qudsi, reported in the Sahih of Imam Muslim (no. 2621), Allah Most High said:

“Who is the one that says Allah will never grant forgiveness to such & such?” Allah says to this person “I have forgiven such & such and I have erased all of your deeds”.

Allah will not ask us about others and there is much in us individually that we need to change that should keep us busy from thinking about the collective divisions.

Shaykh Faid Mohammed Said is a jewel in the crown of traditional Islamic scholarship in the United Kingdom and we at SeekersHub are ever grateful for his friendship, guidance and support. He was born in Asmara, Eritrea, where he studied the holy Qur’an and its sciences, Arabic grammar and fiqh under the guidance of the Grand Judge of the Islamic Court in Asmara, Shaykh Abdul Kader Hamid and also under the Grand Mufti of Eritrea. He later went to study at Madinah University, from which he graduated with a first class honours degree. In Madinah, his teachers included Shaykh Atia Salem, Shaykh Mohamed Ayub (ex-imam of the Prophet’s Mosque, peace be upon him), Professor AbdulRaheem, Professor Yaqub Turkestani, Shaykh Dr Awad Sahli, Dr Aa’edh Al Harthy and many other great scholars. Shaykh Faid has ijaza in a number of disciplines including hadith, and a British higher education teaching qualification. He is currently the scholar in residence and head of education at Harrow Central Mosque, United Kingdom.

Read his articles on the SeekersHub blog.

This SeekersHub Study Circle will give you a deeper understanding of the centrality of love and mercy within Islam. Loneliness and isolation, Imam Zaid Shakir argues, have no place in an ummah of compassion and mercy. He also addresses Sunni-Shia aggression and hatred, which he describes as a disease we must fight. 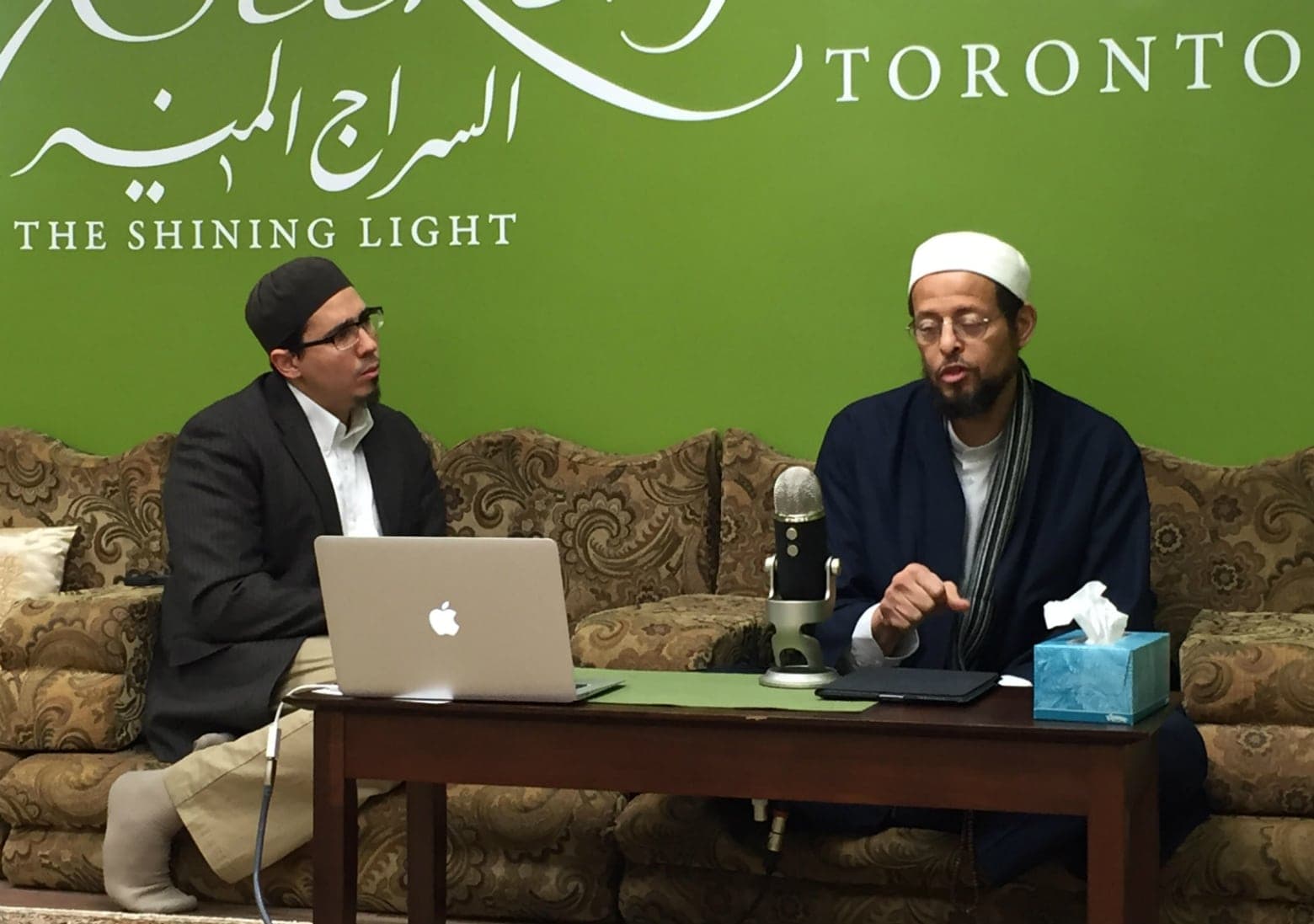 Students will be empowered to be ambassadors of goodness through learning about the love of Allah, His Messenger ﷺ, the duties of brotherhood and sisterhood, and the signs of a healthy community in a world suffering from hatred and division, spreading love and respect is needed with the utmost urgency.

Setup Your Own SeekersHub Study Circle

Can’t attend these gatherings in person? We encourage you to set up SeekersHub Study Circle in your own community. It’s easy! Just email us or find more details online.