You are here: Home / gender

Question: I am getting married soon and had two questions:

1. Is a Henna event permissible? It will be an only women’s gathering in which girls will put henna on their hands and there will be food.

2. There is a tradition in which the sisters of the bride hide the groom’s shoe until he gives them a mutually agreed on sum of money. Is this ok to do?

1. There’s no harm in specifying a day to have a Henna event for your upcoming wedding as long as what is taking place during the event is permissible (applying henna and serving food is).

Similarly, there is nothing wrong in calling this event a Mehndi.

2. The groom may, of course, give a monetary gift to his in-laws. As for the practice of ‘stealing’/hiding the groom’s shoes, this is primarily a cultural practice that occurs in Indian and Pakistani weddings. As long as there is (a) no shariah contraventions (such as physical touching between non-mahrams or the groom’s male relatives chasing the women etc.) or (b) specific imitation of others’ religious ceremonies, the act itself would be permitted.

I would add that a wedding in Islam is an important event connected to the completion of our religion. While expressions of joy and entertainment are permitted, also try to make it an event that demonstrates your thankfulness to God for all of His blessings.

May you have a blessed wedding.

Following Dalia Mogahed’s rivetting interview on the much-loved Daily Show with Trevor Noah, the following clarification on her Facebook page has created further ripples on social media.
Regarding a woman covering her head, consider these verses:
“For a man indeed ought not to cover his head, for as much as he is the image and glory of God: but the woman is the glory of the man. For the man is not of the woman: but the woman of the man.Neither was the man created for the woman; but the woman for the man. For this cause ought the woman to have a sign of authority on her head because of the angels.”

No, not the Quran.

It is 1 Corinthians 11:7-11:11 in The Bible.
The problem I think is that many people have this understanding of the head cover (whether they know where it comes from or not), as literally a symbol of man’s authority over women and her inferiority, from the Judea-Christian tradition, and wrongly assume the same applies in Islam. It does not.
Here is the Quranic verses for comparison related to this topic:
“Tell the believing men to lower their gaze and to be mindful of their chastity: this will be most con­ducive to their purity – [and,] verily, God is aware of all that they do. And tell the believing women to lower their gaze and to be mindful of their chastity, and not to display their charms [in public] beyond what may [decently] be apparent thereof; hence, let them draw their head-coverings over their bosoms. And let them not display [more of] their charms to any but their husbands, or their fathers, or their husbands’ fathers, or their sons, or their husbands’ Sons, or their brothers, or their brothers’ sons, or their sisters’ sons, or their womenfolk, or those whom they rightfully possess, or such male attendants as are beyond all sexual desire, or children that are as yet unaware of women’s nakedness; and let them not swing their legs [in walking] so as to draw attention to their hidden charms And [always], O you believers – all of you – turn unto God in repentance, so that you might attain to a happy state!” (The Quran 24:30-31) 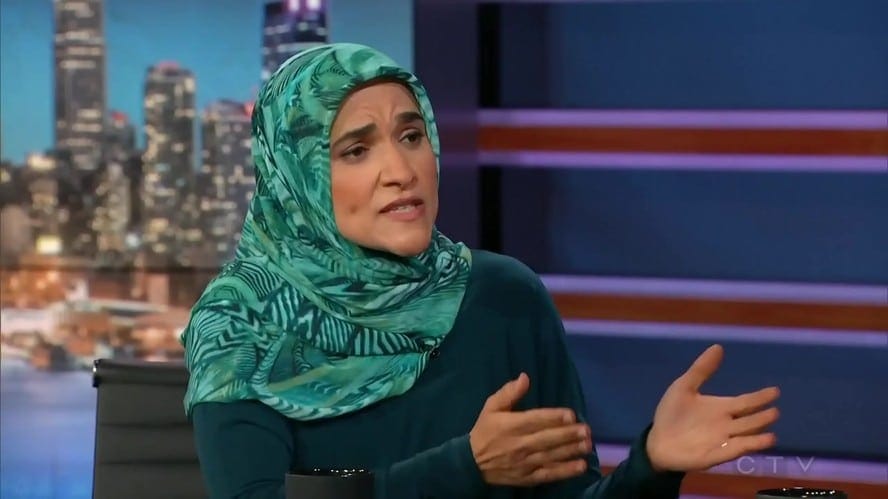 The Quranic verses clearly are dealing with matters of modesty and privatizing the display of beauty, and begin by addressing men to behave respectfully toward women without condition. Nothing at all implies the head covering is a symbol of subjugation or inferiority to men.

“We are in need of women who are active within the Islamic discourse, so they can counter the oppressive filth created in the name of the shariah.”

Are you a Muslim woman who feels unmosqued, demosqued and no-thank-you-mosqued? You’re not alone but you must be part of the change. Ustadha Anse Tamara Gray has some excellent advice on how to move forward, with healing and positivity, in this video for Muslimah Media.

Question: Could you share the ruling regarding sharing food or water with non-mahrams? I study at a co-educational university and my friends and I face instances where boys ask for water.

This would be permitted although it would be better to avoid when possible.

It goes without saying that our religion has particular guidelines when it comes to interacting with the opposite gender the details of which can be found in the links below:

A Reader On Gender Interaction

Question: How do you deal with your husband who when dealing with women (when I am not there) is free, and takes their problems as his own? He just feels when women tell their situations to him, that he needs to solve them. I am very uncomfortable with this.

Please give me some advice on how to go about this. Should I mention this to him?

Spouses talking to the opposite sex without need or restraint can have damaging effects on relationships.

Seek out ways to strengthen your relationship, and ways to bond and spend more time together. Be tactful and see if you can indirectly get your point across.

If the problem persists, you need to have a frank discussion with him, and if need be, get some professional or religious assistance.

Can I call others of the opposite gender to Islam?

Answer: Yes, you can call others of the opposite gender to Islam.
You should at the same time keep in mind general guidelines related to what is considered appropriate interaction between the genders.

Please see this: A Reader On Gender Interaction

With that in mind, do what is good, and stay away from anything that falls outside the scope of your work, or does not sit well with you.
May Allah reward you for your effort and bless your work.

Question: 1. Am I correct that our understanding of God in islam is that He has no biological sex?

2. From my understanding, once Islam started spreading to different lands, different scholars codified Islamic beliefs in order to call non-muslims to Islam. Therefore, different schools of theology emerged. Are any of these schools considered misguided? I hear rhetoric online from Muslims who declare all Ash’aris and Maturidis disbelievers.

1. Yes. This is an essential point of belief that Muslims hold regarding God. It’s basis is the Qur’anic verse, “There is nothing whatsoever like Him.” (42:11)

2. The Ash`ari and Maturidi schools have served as the standard expression of orthodox creed among Sunni scholars for over a millennium. The creed authored by Imam al-Tahawi does not diverge significantly from either, and, like the Maturidi school, it represents the belief of the early Hanafi scholars, namely Imam Abu Hanifa, Qadi Abu Yusuf, and Imam Muhammad.

As you have indicated, the process of codifying any tradition, whether it be related to creed or law or spirituality, arises gradually and within the context of broader social and intellectual currents.

From this perspective, the Ash`ari and Maturidi schools are rightly viewed as emerging in defense of orthodox creed against the arguments of both non-Muslims and those Muslim sects whose understandings were seen as swerving from the way of the pious predecessors (salaf). Imam Ash`ari and Imam Maturidi sought to uphold and defend the way of the pious predecessors, and it was on account of their views and methods being in line with those of early Muslims and the general principles of our religion that scholars who proceeded them accepted the way they set forth.

It is a serious claim to state that those who follow the Ash`ari and Maturidi schools are disbelievers as it implies that the majority of Islamic scholars went astray, a point disproved by clear prophetic instructions to stick to the majority. [Tirmidhi, Ibn Majah]

My advice to you would be to simply stick to a basic and agreed upon creed, such as that of al-Tahawi, while respecting the tradition that the great Sunni scholars of the past represented. Anathema will not get us anywhere, nor will quick accusations of misguidance against fellow Muslims. Rather, you should seek out people who are positive, respectful, and whose presence lifts you spiritually.

Question: Can you please tell us the ruling on ultrasound or finding out the sex of the baby beforehand? Is there any prohibition for having an ultrasound done?

1. It is in itself permitted to find out the gender of the baby; there is nothing, in itself, to deem it prohibited or disliked.

2. If, however, it is linked with ignorant ideas of gender preference, it would be disliked, and impermissible (haram) when this would lead to unlawful abortion. 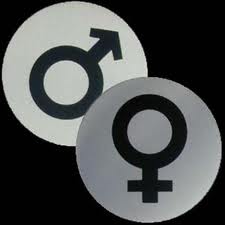 Limits of Relationship between Males and Females

How Do We Bring About An Islamic Environment To Our MSA?

What do I do if I Develop Strong Feelings For a Brother I am Friends With?

Women & the Workplace: Is it Impermissible for Me to Work Even If I Observe Proper Limits?