You are here: Home / naat

The world is mourning the passing of one of Pakistan’s most beloved devotional (qawwali) singers. Amjad Sabri was gunned down in Karachi, allegedly by extremists who accused him of blasphemy. Shortly after his death, the video of his last televised performance went viral (watch above).

Resources on who Amjad Sabri was and what he represented

Do you remember that video of the Keighly Munshids singing alongside Habib Ali that we shared a few months ago? They were singing from a book called Songs of Presence and the team behind that book have just released an audio version. And if you love qasidas like we do, you’ll be excited to know that we’ve organised a 25% discount at Songs of Presence.

Why we love qasidas

Allah Most High created us with needs and gave us the choice as to how we fulfill them. Some ways bring us closer to Him. Other ways create distance between us. And there are some which are neither here nor there.
Of course, we must distance ourselves from those that distance us from Him. But just like when the Prophet ﷺ said, “Oh Allah! I ask you for the love of those actions which bring me closer to your love!”, we should definitely prefer those ways which bring us closer to Him.
Entertainment is one of our needs and we feel it much more when everyone around us seems to be living for it. And one of the greatest ways of fulfilling that need in a way that brings us closer to Allah Most High is singing qasidas and listening to them being sung.

How qasidas bring us closer to Allah

The qasidas we sing as Muslims are made up of two recurring themes. The first is Allah Most High, His praises and the journey of drawing close to Him. The second is the Prophet ﷺ, his attributes, his praises and love for him.
These qasidas have been written by people who were completely devoted to Allah swt and their content is based on the deep insights they acquired through that devotion. And when we sing them, we are exposing ourselves to those insights, effectively giving us ta’leem (education), tarbiya (development), zikr (remembrance) and muzakara (reminder), all bundled up in a form that is as enjoyable as any other form of entertainment.
Not only that, but there is an entire science of singing that helps take this bundle of ta’leem, tarbiya, zikr and muzakira, and channel it straight to the heart, which is the king of the body.

Back to the SeekersHub discount 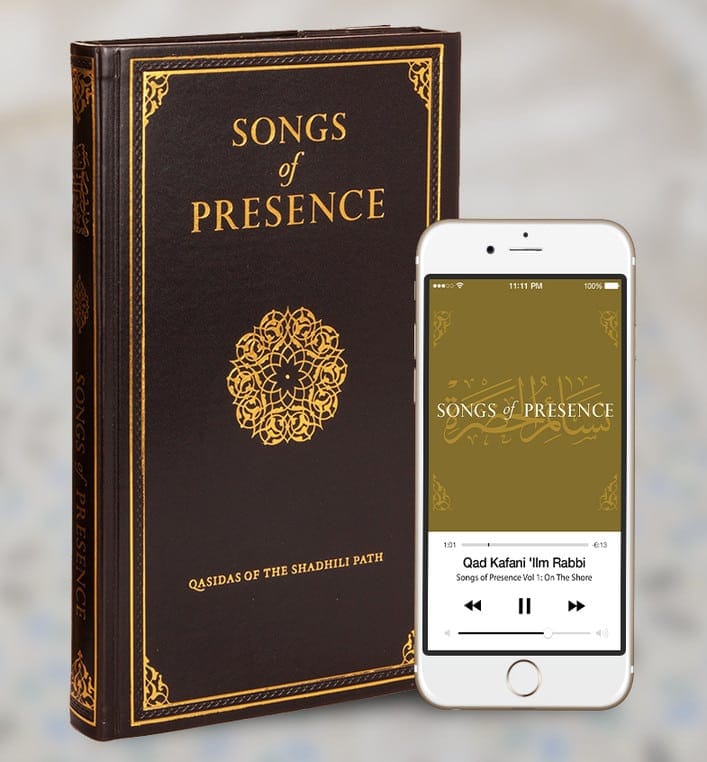 Songs of Presence  is reviving and strengthening the tradition of qasida singing/listening amongst Muslims. The book presents 200+ qasidas in a format that is easily read from by Arabs and non-Arabs alike. The album then has all of the qasidas sung by masters of the singing science, totalling 260+ recordings spread over 26+ hours. Combined, the book and album help you learn the qasidas and organise small singing gatherings for family and friends.
You can learn more on the Songs of Presence website and you can get your 25% SeekersHub discount by using the promo code SEEKERS25 during checkout. Just note that this offer expires on May 1st.