A Practical Guide to Fasting, Prayer, Qur’an, and Spirituality in the Month of Ramadan

Works of the Heart

In this clear, concise yet comprehensive lesson, Shaykh Faraz Rabbani explains the virtues and benefits of fasting; the laws (fiqh) of fasting; and addresses common questions and issues that arise in fasting.

A Comprehensive Reader on Fasting and Ramadan:
https://seekersguidance.org/ans-blog/2013/06/07/a-ramadan-reader-a-comprehensive-answers-guide-to-getting-the-most-out-of-ramadan/

Also: Please search for related answers, blog posts, and islamcasts on the issues raised or entailed by your questions at SeekersGuidance through our site search: www.SeekersGuidance.org/search

SUPPORT SeekersHub Global / SeekersGuidance as it reaches over 10,000 students each term through its completely FREE online courses, through Knowledge Without Barriers. Make a donation, today. Every contribution counts, even if small: https://seekersguidance.org/donate/ 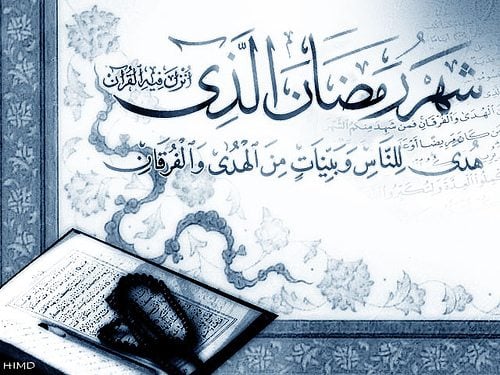 This is a recording of a full workshop with Imam Tahir Anwar covering:

– Obligation & History of Ramadan
– In Preparation of Fasting
– How to Fast: Intention, Methodology & Exemptions
– Benefits of Ramadan & Setting Goals
– Connecting to the Qu’ran

Fulfilling the Purpose of Ramadan from Shafath Syed on Vimeo.

There is a ḥadīth that divides Ramadan into three periods. Is this ḥadīth authentic?

After a detailed analysis of all the corroboratory chains of theḥadīth in question, it can be concluded that it is of a weak (ḍaʿīf) nature. The weakness of the narration, however, is not of such severity as to render it baseless. Narrations of this type can be used for the purpose of encouragement and relation of virtue according to the opinion of the vast majority of ḥadīthscholars.

The report in question has been narrated in a number of primary authoritative ḥadīth collections, namelyṢaḥīḥ Ibn Khuzaymah (ḥadīth 1887) with one chain, Bayhaqī’s Shuʿab al-Īmān (ḥadīth 3608) with numerous chains, and in brief in al-Thawāb of Abu ’l-Shaykh Ibn Ḥayyān. In secondary ḥadīth sources, this narration has been mentioned in full in al-Mundhirī’s al-Targhīb wa ’l-Tarhīb (ḥadīth 1462).

The full text of the ḥadīth is as follows:

“Salmān reports: ‘On the last day of Shaʿbān, the Messenger of Allah (upon him blessings and peace) addressed us and said: “O People, there comes upon you now a great month, a most blessed month, in which lies a night greater in worth than one thousand months. It is a month in which Allah has made compulsory that the fasting should be observed by day; and He has made the tarāwīḥ by night a sunnah. Whosoever tries drawing nearer to Allāh by performing any virtuous deed in this month, for him shall be such reward as if he had performed a farḍ (obligatory observance) in any other time of the year. And whoever performs a farḍ for him shall be the reward of seventy farḍ in any other time of the year. This is indeed the month of patience, and the reward for true patience is Jannah (Paradise); it is the month of sympathy with one’s fellowmen; it is the month wherein a true believer’s rizq (sustenance) is increased. Whosoever feeds a fasting person in order to break the fast (at sunset), for him there shall be forgiveness of his sins and emancipation from the fire of Jahannam (Hell), and for him shall be the same reward as for him (whom he fed), without that person’s reward being diminished in the least.”

Thereupon we said: ‘O Messenger of Allāh, not all of us possess the means whereby we can provide enough for a fasting person to break his fast” The Messenger of Allah (upon him blessings and peace) replied: “Allah grants this same reward to him who gives a fasting person a single date or a drink of water or a sip of milk to break the fast. This is a month, the first part of which brings Allah’s mercy, the middle of which brings His forgiveness and the last part of which brings emancipation from the fire of Jahannum(Hell). Whosoever lessens the burden of his servants (bondsmen) in this month, Allāh will forgive him and free him from the fire of Jahannam.”

“And whoever gave a person who fasted water to drink Allāh shall grant him a drink from my fountain, such a drink where after he shall never again feel thirsty until he enters Jannah.”

Status of the Chains:

The narration in question has been mentioned with a few different chains in the canonical collections of prophetic tradition. Most of the chains are problematic, containing narrators of highly unreliable status. The severity of the weakness of such narrators does not allow for the transmission of such chains even in the case of fadāʾil (virtuous acts).

One such chain includes Yūsuf ibn Ziyād who is considered “very weak”. If his chain alone was considered then the ḥadīth would not be valid for narration. Similar is the case of Iyās ibn ʿAbd al-Ghaffār, who is majhūl (unknown), and Abān ibn ʿAyyāsh, who is matruk (abandoned), as well as any chains that contain them.

One chain of this ḥadīth, mentioned by Imam Muḥamilī in his Amālī, however, is free of major flaws and is afflicted only with the presence of ʿAlī ibn Zayd ibn Judʿān and ʿAbd al-ʿAzīz ibn ʿAbd Allāh al-Judʿānī. (Amālī 1:299)

This is the strongest of all the chains of this particular ḥadīth. Let us now analyze the two apparently weak narrators of the chain in order to determine the strength of the chain and the validity of narrating theḥadīth.

Sāliḥ ibn Aḥmad ibn Ḥanbal relates on the authority of his father that he said: “He is not strong. Sometimes, people narrate on his authority.”

Muʿāwiyah ibn Ṣāliḥ stated on the authority of Yaḥyā ibn Maʿīn: “He is weak.” He is also reported to have said regarding him, on different occasions: “He is not of [reliable] status,” “He is weak in everything,” “He is nothing,” “He is not evidence,” but also “ʿAlī ibn Zayd is more beloved to me than Ibn ʿAqīl and ʿĀsim ibn ʿUbayd Allāh.”

Aḥmad ibn ʿAbd Allāh al-ʿUjalī stated: “His ḥadīth can be recorded, but he is not strong.”

Yaʿqūb ibn Shaybah stated: “He is reliable (thiqah) and trustworthy in ḥadīth, but he is slightly towards laxness (līn).”

Tirmidhī said: “He is trustworthy (sadūq), except that sometimes he raises a ḥadīth that was raised by someone else.”

Ibn Khuzaymah commented: “I do not rely upon him because of his weak memory.”

Although many have cast aspersions on the strength of ʿAlī ibn Zayd as a narrator, in truth he is, in shā Allāh, fair (ḥasan) in narrating ḥadīth. At worst, he is slightly weak. Essentially, the problem scholars ofḥadīth had with him was his memory and not with his integrity and truthfulness. Shaykh Muḥammad ʿAwwāmah discusses him in his footnotes on al-Kāshif and has mentioned ḥadīths in which he is a narrator and where Imam Tirmidhī has ruled the ḥadīth to be ḥasan ṣaḥīḥ (fair and sound).

While Ibn ʿAdī says that he is not supported by most of what he narrates, it does not seem that he is very weak. In short, Ḥafiẓ Ibn Ḥajar concludes regarding him that when ʿAbd al-ʿAzīz mentions having heard a narration directly from his shaykh (teacher) then it is appropriate to relate his ḥadīth. In the case of the chain mentioned above, he does mention having heard the narration directly, so the chain is relatively free from aspersion and is strong enough to corroborate the other narrations. When looked at in their entirety, the numerous chains of this ḥadīth certainly raise themselves to the status where they can be mentioned without problem in respect to virtues and encouragement.

After mentioning the ḥadīth in his Faḍāʾil Ramaḍān, Shaykh al-Ḥadīth Muḥammad Zakariyyā al-Kāndhalwī’s summarizes the statements of the scholars of the past regarding the narration and states:

“Ibn Khuzaymah narrates it in his Ṣaḥīḥ and said ‘if the hadith is authentic…’. Bayhaqī narrates it also, as well as Abū Shaykh Ibn Ḥayyān in al-Thawāb concisely. In their chains there is ʿAlī bin Zayd bin Judʿān.

Ibn Khuzaymah and Bayhaqī also relate concisely (bi ikhtiṣār) on [ʿAlī ibn Zayd’s] authority from the ḥadīthof Abū Hurayrah. In its chain is Kathīr bin Zayd. In this manner it is mentioned in al-Targhīb pg. 203.

I [Zakariyyā] say: A party has declared him weak. Tirmidhī states that he is ṣadūq (veracious, honest) and has even authenticated a hadith of his which relates to greeting (salām). He has also declared sound (ḥasan) a number of [his] aḥādīth. Many have declared him weak (ḍaʿīf), like Nisā’ī and others. Ibn Maʿīn stated: [He is] trustworthy (thiqah). Ibn ʿAdī stated: I do not see any problem with his ḥadīth. Ibn Khuzaymah has narrated on his authority in his Ṣaḥīḥ. Similarly, [he has been mentioned] in the Rijāl al-Mundhirī pg. 704. ʿAynī, however, said: the narration is munkar (unfamiliar), so reflect.” (Faḍā’il Ramaḍān8)

The ḥadīth, therefore, is at worst slightly ḍaʿīf (weak), and because it has been narrated regarding faḍāʾil(virtues and merits) it can be accepted in this case. It should be noted here also that those people who have made it a habit to discourage the practice of relating weak narrations in discourses to the extent that speeches and orations are sometime rudely interrupted by them should reflect over the status of what they are objecting to before they cause fitnah amongst the masses. There is a prophetic method to discouraging the wrong, and hasty conclusions regarding narrations based upon isolated opinions of certain scholars should not entice individuals to give up wisdom and resort to disrespect and insolence when confronting fellow believers.

Bilal Ali Ansari
Initially a student of Medicine and Computer Engineering at the University of Illinios in Urbana, Mawlana Bilal Ali later began to pursue studies in the Islamic sciences at Madrasat al-Hasanayn in Faisalabad, Pakistan, a pioneering program of Arabic and Islamic studies founded by the famous orator and scholar, Mawlana Tariq Jameel.
After four years studying the foundational Islamic sciences with erudite scholars such as Shaykh Ramzi al-Habib al-Tunisi and Mufti Ahmad ‘Ali, Mawlana Bilal completed a formal ‘Alamiyyah degree (equivalent Masters degree in Arabic and Islamic Studies) at the famous Jami‘ah Dar al-‘Ulum in Karachi, where he studied Hadith with prominent scholars such as Mufti Muhammad Taqi Usmani, Mufti Muhammad Rafi Usmani, Mufti Mahmud Ashraf Usmani, Mufti ‘Abd al-Ra‘uf al-Sikharwi, and Mawlana Iftikhar Ahmad al-A‘zami.
Upon graduation, Mawlana Bilal enrolled in a specialization course in Hadith and studied extensively under ‘Allamah Dr. Muhammad ‘Abd al-Halim al-Nu’mani (al-Chishti). He has acquired ijazahs in hadith from the most senior hadith masters of Pakistan, namely Mawlana Salimullah Khan, Mawlana Sarfaraz Khan Safdar, Mawlana ‘Abd al-Halim al-Nu’mani, and Mawlana Khan Muhammad, all direct students of Shaykh al-Islam Husayn Ahmad al-Madani. Currently, Mawlana Bilal is pursuing a degree in the Applied Behavioral Sciences and wishes to specialize in the field of Education on the course to a PhD in Islamic Studies.

Mawlana Bilal serves as the Director of Academics for Darul Hikmah and is the founder of an educational think tank, the Foundation for Islamic Knowledge and Research (FIKR). On the side, he runs attahawi.com, a website devoted to everything related to Islamic literature, as well as ilmgate.org, an Islamic article repository.