You are here: Home / religion

This paper examines the role of mercy in the Islamic tradition and eternal salvation, and its imprint on all affairs of the universe. Although Islam is often proclaimed as the ‘religion of peace,’ theologically, it is more accurate to refer to it as the ‘religion of mercy.’
God has designated mercy as his primary relation to the universe and sent his greatest prophet, Muhammad, as its emissary.
Following this, Muslims are commanded to be vanguards of mercy to the world in fostering benefit and averting harm. Islam enjoins a healthy and spiritually alive heart and teaches a law of universal reciprocity by which God shows mercy to the merciful and withholds it from the unmerciful.
The Prophet Muhammad said:
“People who show mercy to others will be shown mercy from the All-Merciful. Be merciful to those on earth and He who is in the heaven will be merciful to you.”
Click here to read the article
http://www.nawawi.org/?p=113

“The intellect is the instrument of determining the soundness of transmission; of understanding its content; of reaching understanding of the meanings being indicates. The intellect is, thus, like a lamp that illuminates the milestones of the path for the traveller.” [Shaykh Bouti .. الدكتور البوطي : 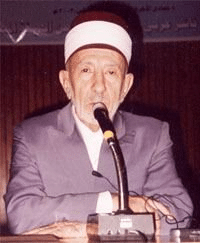 Syed Muhammad al Naquib bin Ali al-Attas (born September 5, 1931) is a prominent contemporary Muslim philosopher and thinker from Malaysia. He is one of the few contemporary scholars who is thoroughly rooted in the traditional Islamic sciences and who is equally competent in theology, philosophy, metaphysics, history, and literature. He is considered to be the pioneer in proposing the idea of Islamization of knowledge. Al-Attas’ philosophy and methodology of education have one goal: Islamization of the mind, body and soul and its effects on the personal and collective life on Muslims as well as others, including the spiritual and physical non-human environment. He is the author of twenty-seven authoritative works on various aspects of Islamic thought and civilization, particularly on Sufism, cosmology, metaphysics, philosophy and Malay language and literature. (Wikipedia)

“The concept couched in the term din, which is generally understood to mean religion, is not the same as the concept religion as interpreted and understood throughout Western religious history. When we speak of Islam and refer to it in English as a ‘religion’, we mean and understand by it the din40, in which all the basic connotations inherent in the term din are conceived as gathered into a single unity of coherent meaning as reflected in the Holy Qur’an and in the Arabic language to which it belongs.

The word din derived from the Arabic root DYN has many primary significations which although seemingly contrary to one another are yet all conceptually interconnected, so that the ultimate meaning derived from them all presents itself as a clarified unity of the whole. By ‘the whole’ I mean that which is described as the Religion of Islam, which contains within itself all the relevant possibilities of meaning inherent in the concept of din. Since we are dealing with an Islamic concept which is translated into a living reality intimately and profoundly lived in human experience, the apparent contrariness in its basic meanings is indeed not due to vagueness; it is, rather, due to the contrariness inherent in human nature itself, which they faithfully reflect. And their power to reflect human nature faithfully is itself clear demonstration of their lucidity and veracity and authenticity in conveying truth.

The primary signification of the term din can be reduced to four: (1) indebtedness; (2) submissiveness; (3) judicious power; (4) natural inclination or tendency. In what presently follows, I shall attempt to explain them briefly and place them in their relevant contexts, drawing forth the coherent ultimate meaning intended, which denotes the faith, beliefs and practices and teachings adhered to by the Muslims individually and collectively as a Community and manifesting itself altogether as an objective whole as the Religion called Islam.

The verb dana which derives from din conveys the meaning of being indebted, including various other meanings connected with debts, some of them contraries. In the state in which one finds oneself being in debt – that is to say, a da’in – it follows that one subjects oneself, in the sense of yielding and obeying, to law and ordinances governing debts, and also, in a way, to the creditor, who is likewise designated as a da’in41. There is also conveyed in the situation described the fact that one in debt is under obligation, or dayn. Being in debt and under obligation naturally involves judgement: daynunah, and conviction: idanah, as the case may be. All the above significations including their contraries inherent in dana are practicable possibilities only in organized societies involved in commercial life in towns and cities, denoted by mudun or mada’in. A town or city, a madinah, has a judge, ruler, or governor – a dayyan. Thus already here, in the various applications of the verb dana alone, we see rising before our mind’s eye a picture of civilized life; of societal life of law and order and justice and authority42. It is, conceptually at least, connected intimately with another verb maddana43 which means: to build or to found cities: to civilize, to refine and to humanize; from which is derived another term: tamaddun, meaning civilization and refinement in social culture. Thus we derive from the primary signification of being in a state of debt other correlated significations, such as: to abase oneself, to serve (a master), to become enslaved; and from another such signification of judge, ruler, and governor is derived meanings which denote the becoming mighty, powerful and strong; a master, one elevated in rank, and glorious; and yet further, the meanings: judgement, requital or reckoning (at some appointed time). Now the very notion of law and order and justice and authority and social cultural refinement inherent in all these significations derived from the concept din must surely presuppose the existence of a mode or manner of acting consistent with what is reflected in the law, the order, the justice, the authority and social cultural refinement – a mode or manner of acting, or a state of being considered as normal in relation to them; so that this state of being is a state that is customary or habitual. From here, then, we can see the logic behind the derivation of the other primary signification of the concept din as custom, habit, disposition, or natural tendency. At this juncture it becomes increasingly clear that the concept of din in its most basic form indeed reflects in true testimony the natural tendency of man to form societies and obey laws and seek just government. The idea of a kingdom, a cosmopolis, inherent in the concept din that rises before our vision is most important in helping us attain a more profound understanding of it, and needs to be reiterated here, for we shall have recourse to it again when we deal with the religious and spiritual aspects of man’s existential experience.“

41 Da’in refers both to debtor as well as creditor, and this apparent contrariness in meaning can indeed be resolved if we transpose both these meanings to refer to the two natures of man, that is, the rational soul and the animal or carnal soul. See below pp. 63-66.

42 It is I think extremely important to discern both the intimate and profoundly significant connection between the concept of din and that of madinah which derives from it, and the role of the Believers individually in relation to the former and collectively in relation to the latter. Considerable relevance must be seen in the significance of the change of the name of the town once known as Yathrib to al-Madinah: the City – or more precisely, Madinatu’l -Nabiy: the City of the Prophet – which occurred soon after the Holy Prophet (may God bless and give him Peace!) made his historic Flight (hijrah) and settled there. The first Community of Believers was formed there at the time, and it was that Flight that marked the New Era in the history of mankind. We must see the fact that al- Madinah was so called and named because it was there that true din became realized for mankind. There the Believers enslaved themselves under the authority and jurisdiction of the Holy Prophet (may God bless and give him Peace!), its dayyan; there the realization of the debt to God took definite form, and the approved manner and method of its repayment began to unfold. The City of the Prophet signified the Place where true din was enacted under his authority and jurisdiction. We may further see that the City became, for the Community, the epitome of the socio-political order of Islam; and for the individual Believer it became, by analogy, the symbol of the Believer’s body and physical being in which the rational soul, in emulation of him who may God bless and give Peace!, exercises authority and just government. For further relevant interpretations, see below, pp. 50-59; 60-66; 67-74; 79-80; 81-87; 89-90.