This course covers one of the greatest intermediate-level summaries of mainstream Islamic beliefs: Book Two of Imam Ghazali’s Ihya, on the Foundations of Islamic Belief (Qawa‘id al-Aqa’id), in full. In Foundations of Islamic Belief, Imam Ghazali begins in Part One with a brief statement of Islamic beliefs. Many scholars considered this summary one of the greatest summaries of the key principles of Islamic belief ever written. In Part Two, Imam Ghazali explains how one learns and inculcates sound beliefs—and how faith is nurtured in the heart. He discusses a number of sensitive issues, including the relationship between the study of faith and the means of being spiritually-realized in the fruits of faith. He clarifies both the importance of the study of the science of theology, but also its limitations: its role, he argues, is to clarify, support, and defend sound beliefs; but faith itself is truly nurtured not through mere study but through the acts of turning to Allah in worship, devotion, remembrance, reflection, and acting on the guidance of the Prophet (peace and blessings be upon him). In Part Three, Imam Ghazali covers an explanation of the Islamic belief covered in Part One. This serves as a commentary on Part One, and many central principles and key issues of Islamic beliefs are detailed and clarified. In Part Four, Imam Ghazali explains core proofs for the beliefs that have been presented in the Foundations of Islamic beliefs. He avoids getting into detailed debates, but presents what he considers the cleared, strongest, and most convincing arguments for sound, mainstream Islamic theology. The text is explained in English, but the full Arabic of Imam Ghazali’s work is read. 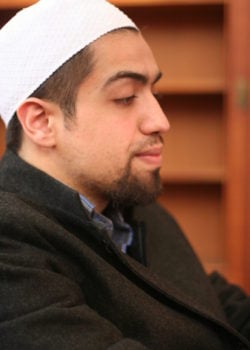 Mohammed Tayssir Safi is a doctoral candidate at Ibn Haldun University. At the university’s Islamic Studies department, he specializes in Ḥadīth Studies, with a particular focus on the epistemological framework used in the technical study of ḥadīth. In parallel with his academic studies at the university, Mohammed has been a long-time student of the Islamic Sciences in traditional educational circles. To that end, he has spent years studying in Damascus (Syria), Cairo (Egypt), Tarim (Yemen), and most recently, Istanbul (Turkey). He is also a graduate of Sultan Ahmet Madrasa’s “IKAN,” program, which focuses on Islamic theology (Kalām). Mohammed holds a master’s degree from the University of Michigan in applied linguistics (Teaching Arabic as a Foreign Language), as well as a certificate in Manuscript Editing from Istanbul’s main Islamic Research institution, ISAM. Mohammed currently teaches courses in Islamic Theology (Kalām) and Ḥadīth Studies for SeekersGuidance and resides with his family in Istanbul