The course is divided into three parts, followed by question and answer sessions. In part one, Keys to Islamic Parenting, Shaykh Faraz Rabbani discusses the parents’ duty to take reasonable means to raise children who are the foremost of the people of taqwa. In part two, Positive Islamic Parenting, Ustadha Shireen Ahmed outlines the attributes that the murrabi needs to be able to raise Muslim children effectively. In part three, Prophetic Teachings on Parenting, Shaykh Walead Mosaad places Islamic parenting within its broader social context. He argues that traditional tarbiyah manuals should be revised in order to respond effectively to current social challenges.

Shaykh Faraz explains the parenting duty in light of the aspects of tarbiyah (taking the child, stage by stage, to his/her ultimate fruition), ta’deeb (instilling discipline/adab) and ta‘leem (facilitating knowledge). Parents must instil in their children love of Allah, of the Prophet, Allah bless him and give him peace, of his family and the Holy Qur’an. They should also instill the daily sunnas and the prophetic virtues. He concludes by advizing parents to attach their children to the great stories of the din, and to keep them from bad company. Ustadha Shireen argues that a good murrabi must rectify their own spiritual shortcomings. They must seek knowledge and exemplify the prophetic sunnah, because their children will emulate them. Spouses should respect and have good adab with one another, and learn from each other’s experiences of being raised in different ways. The mother is particularly important, as she sets the atmosphere in the home. Shaykh Walead explains the nature/nurture debate. He says the Prophet gave the most weight to nurture, saying children are born in a state of fitrah, and parents make them Jewish, Christian or Magean. He argues that children today have conflicting environments: an Islamic one in the home and an ego-driven one shaped by the global monoculture. He emphasizes the importance of building the Muslim community and defying the surrounding lifestyle. 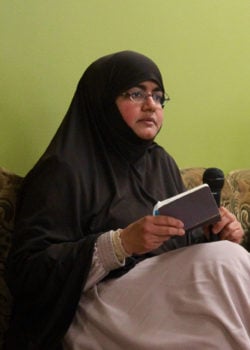 Umm Umar was born and raised in Canada.  After graduation, she set out to formally pursue sacred knowledge, studying Arabic at the University of Damascus and Islamic studies at Jamia Abi Nour and taking private classes in Qur’anic recitation, Prophetic traditions, Islamic Law (Hanafi) and the Prophetic biography.
After ten years abroad she returned to Toronto, Canada, where she resides with her husband and four children.
She currently works in the Academy Department of SeekersHub Global, bringing years of insight to facilitate meaningful Islamic learning online. 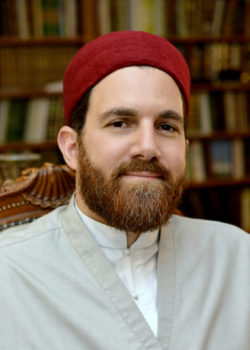 Walead Mohammed Mosaad is a teacher and researcher of the Islamic sciences. He is the Director of Muslim Student Life at Lehigh University in Bethlehem, Pennsylvania and an adjunct professor of Ethics in the philosophy department at the same university.. He has completed degrees from Rutgers University, the Fath Islamic Seminary in Damascus, al-Azhar University in Cairo, the University of Liverpool, and a PhD in Arab and Islamic Studies at the University of Exeter in the UK. He has lectured on various topics of interest, including Muslims as minorities, interfaith understanding, and the importance of purification and spirituality in addressing the human condition.