You are here: Home / control

But does this mean that one should never feel anger? How should we feel, for instance, when experiencing or witnessing oppression, cruelty or injustice? Or when someone reviles our religion or our beloved Prophet, Allah bless him and give him peace? Imam al-Ghazali takes the view that excessive anger, as well as the inability to become angry at all, are reprehensible. However, being angry in moderation is permissible, as long as it is controlled by the intellect. This is in accordance with our Prophet’s instruction to always follow the middle way in everything.

By way of illustration, let us consider the case of Islamophobia. As Muslims living in the West, we have become all too familiar with its subtleties – veiled comments about bomb-carriers, descriptions of women in niqab as letter-boxes – as well as with its more overt forms – women’s headscarves being ripped off, pigs’ blood being spattered on mosques. But how should we deal with the anger that these experiences evoke?

Imam al-Ghazali’s cures for anger are as insightful in this respect as they are in regard to anger more generally. He exhorts us to humility and patience, and to view ourselves as no better than others. Rather than step forward to take on the perpetrators, to insist on our rights above all else, or to retreat to a siege of separatism, we should think of how our response can demonstrate the truth and beauty of Islam. And how better to do this than to emulate the example of Allah’s Beloved, Allah bless him and give him peace. In this way, our moderate anger will be kept under the control of our intellect. For he, when people reviled and hurt him, responded with the best of character. Instead of seeking the destruction of the people of Ta’if who had hurt him so badly, he expressed the hope that believers would come forth from among their descendants. And instead of being harsh to Abu Jahl, he asked Allah to honour Islam with the one whom He loves more: Abu Jahl or Umar ibn al-Khattab [Tirmidhi].

So the anger we feel when we experience or witness things that hurt or offend us in our religion is justified, provided that it is moderate and controlled. But if we go beyond that, and try our best to transform the anger into forgiveness, gentleness and kindness to those who have hurt or offended us, we will be calling them to the truth and reality of Islam. Let us try to emulate our Beloved in this, as we try to emulate him in everything else.

Characteristics to be Adopted: Controlling the Tongue by Imam Zaid Shakir 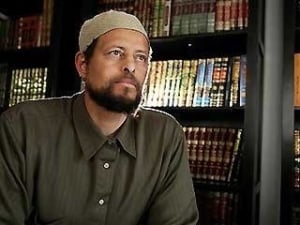 … Ibrahim al-Nakha’i, on of the teachers of Imam Abu Hanifa, may Allah have mercy on them both, mentioned: “The people ruined before you were done in by three characteristics: too much talking, too much eating, and too much sleeping.” …

New Islamic Directions is a website that is dedicated to bringing a fair and balanced presentation of Islam and its basic teachings. They provide the lectures, writings, and other material produced by Imam Zaid Shakir. Imam Zaid has benefited from long years working to advance Islam and has much to offer, not only to Muslims in the West, but also to a wider international audience. Trained in both Western social sciences and Islam, Imam Zaid is uniquely qualified as a commentator on current events, and as a presenter of Islam.