Tag Archive for: Fasting for Love

You are here: Home / Fasting for Love

This reader gathers many resources on different subjects on the legal rulings related to travel, such as combining prayers, and fasting.

For more, also see The Etiquette of Traveling: A Comprehensive SeekersHub Reader

Traveling on Friday: Disliked or Not?

When am I Considered a Traveller? (Shafi’i)

The Basic Rulings of Praying While Traveling (Hanafi)

What Are the Rules of Travel And Prayer According to the Shafi’i School?

How Make up My Missed Prayers from Travel?

Are We Supposed to Pray Sunna and Witr Prayers When Traveling

When Is a Person Considered a Traveler Who Can Shorten Their Prayers?

When and Where Do I Break My Fast on a 20 Hour Airline Flight?

Can I Break My Fast While Traveling During Ramadan?

Should I Feel Bad for Not Fasting When I Had to Travel?

When Am I Allowed to Not Fast When Traveling?

Can I Travel by Plane Without a Mahram?

Can a Woman Travel Alone for More Than 48 Miles If There Is a Benefit? Note: This is translation of the Arabic video from the Fasting for Love webinar
In the name of Allah, the Most Merciful, Most Compassionate. All praise belongs to Allah, Lord of the worlds. And peace and mercy be upon the most noble of prophets and messengers: our master and beloved, our Prophet Muhammad, and upon his good and pure family and elected companions—and upon all those who follow them with excellence until the Day we meet You, O Lord of the worlds. And may we be included among them and with them, through His mercy. Truly, He is the Most Merciful and the Most Generous.
To proceed:
Among the greatest of Allah’s favors—Glorious and Exalted—upon His Muslim slave, and from the greatest blessings of this glorious religion is when a Muslim actualizes their love for Allah and for His Messenger (peace and mercy of Allah be upon him, his family, and companions). This refined sense of love for the Generous Lord and for His great Prophet is the spirit of this religion, and the spirit of acts of worship, and it is a individual obligation upon every male and female Muslim. It is an obligation for a Muslim to reach the levels of love for Allah and His Messenger. And our Prophet (peace and mercy of Allah be upon him) prescribed sayings, actions, and traits that allow a Muslim who follows his Sunna to reach to the reality of this lofty degree of faith and high sanctified state of loving Allah the Glorious and Majestic, and to what is greater than that, which is Allah—Glorious and Exalted—will love him. And many Quranic verses and Prophetic narrations indicate this trait of belief in the hearts of the Muslims from the Ummah of the Prophet Muhammad (peace and mercy of Allah be upon him). The greatest and easiest path that allows the Muslim man and Muslim woman to reach love of Allah and His Messenger is by following the Prophet. As our Lord informed us in His Wise Book by His saying—Glorious and Majestic: “Say [O Prophet], ‘If you love Allah, follow me, and Allah will love you and forgive you your sins; Allah is most forgiving, most merciful.’” When we reflect on this great Quranic description which is full of mercy and compassion for Allah’s servants, our Lord informs us that if we want His love—Majestic and Exalted is He—then we must follow the Prophet Muhammad (peace and mercy of Allah be upon him) according to our ability, for each and every Muslim man and woman in their environment or in their home. 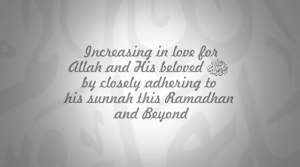 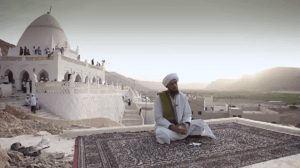 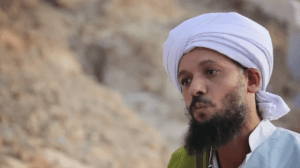