You are here: Home / zakah

Shaykh Abdurrahim Reasat answers a question related to the payment of Zakat on foreign property (according to the Hanafi school of thought).

Hope you are well. I have a question re. zakat. My family has put a property abroad under my name – presumably to avoid problems of transfer when it comes to future inheritance. It is currently leased to a business who pay rent but in reality, I don’t consider the money as my own as, in effect, it is under the control of my family. Do I need to pay zakat on this? It’s not a matter I feel entirely comfortable with even though I understand why it has been done but I
don’t want to create problems. Concerning my own earned income, I am not eligible for zakat but if I have to incorporate the foreign rent, I may be even though I don’t use it. I would really appreciate an answer, especially as I can imagine other second-generation immigrants may be in similar situations.

Ownership of the Property

Whether you owe zakat on the rental income or not is dependant on who the actual owner is. When the property was transferred to you was it done with the intention of making you the owner of it, such that if you decided to sell it you would be able to do so?

You need to gentle clarify the matter with your family. Make it clear to them that you do not want to cause friction, and then explain that there are religious ramifications to owning the property – if you are indeed the owner. You need to know so you can pay the zakat on the rental income – which is rightfully your if you own it, even if you do not spend it. If they say it is yours then you can deal with the situation in the manner you deem to be the best for all involved.

If the property is only in your name for another purpose then you do not have to pay the zakat on the rental income. The actual owner is responsible for this.

Clarity In Matters of Inheritance

Inheritance is a serious affair in Islam. When a person dies his property automatically becomes the property of his next of kin – with the exception of funeral costs and the repayment of debts which are both given precedence. It is up to the heirs to see that it is distributed accordingly.

Non-Shari’a compliant distributions before death, and vague allocations can be the cause of a lot of problems، and even fighting، between the next of kin. Therefore, it is best to have all such matters clarified beforehand.

Not following the distribution detailed in the Qur’an has serious consequences in this world and the next. I heard Shaykh Ali Hani, whose family were originally from Palestine, say on a number of occasions that before the country was occupied, it was common for Palestinian families not give anything of the inheritance to the daughters. They thought that the money would end up going to another (her husband’s) family, and they preferred to keep it in their own. This practice was rife. Could it be that what happened to the country was a test from Allah because of this?

Speak to your family and get clarity. It will make things much easier later on.

When you give to the poor and needy from the wealth you have been blessed with, there is a promise from Allah that is beyond imagination and comparison. Shaykh Faid Mohammed Said tells us more.

None of us could have ever wished to come to this world, as none of us even knew that this world exists, and we did not even know that we existed ourselves!

Allah (The Most High) invited us to this existence, and He is the One who invites, provides and takes responsibility for all those He has invited! As He is the Provider, He established the rules that govern this existence, and included in those rules is the principle that those who are fortunate will give to those who are less fortunate; and Allah (The Most High) made this exchange a deal that is in actuality between Him and the fortunate ones!

Generally speaking, there are two types of people:

So when Allah (The Most High) invited us to this existence, He took responsibility for all those who are in need, and at the same time, He does not take the abundance He has provided to the fortunate ones; what has been given to them is their own.

The Mercy of Allah (The Most High) manifests in His giving and not taking away from the fortunate ones, and His asking on behalf of His other invitees!

Alhamdullilah, last year we established the SeekersHub Global Zakat Fund, a fund like no other, supporting deserving scholars and students of knowledge, both locally and abroad.

The impact of your zakat

Your zakat has the power to transform the world. War, poverty, injustice – the world is losing touch with Divine Wisdom. Many Muslim scholars who have dedicated their lives to preserving this wisdom are under great duress – at home and abroad.

The need is great — Shaykh Faraz explains why you shouldn’t wait till Ramadan to give.

This is a communal responsibility and critical to the preservation of authentic Islamic scholarship for our children’s future.

May Allah reward you and your families manifold for your generosity. 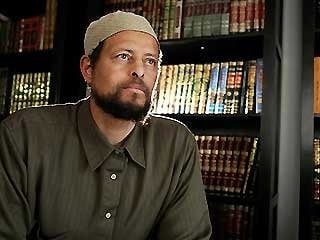 Imam Zaid Shakir gives a beautiful, brief explanation of zakah in this video. It’s a topic many of us hope to know well but you haven’t heard it until you’ve heard it from Imam Zaid!

May Allah bless our teachers and the National Zakat Foundation in the United Kingdom, ameen.

Question: My question is particular to the Shafi’i school.

Is it permissible to pay zakah in advance of the fiscal year-end, for more than one year. Can I, for example, pay 2 or 3 years of zakah in advance. Of course making sure to make necessary adjustments in the future if there is any shortfall.

In the Shafi’i school, a person may pay one’s Zakat in advance of possessing the wealth for one lunar year (hawl). There are, however, conditions to advance payment. In order for one’s advance payment of Zakat to be valid:

1) One must possess the Zakat-payable amount (nisab). If one wants to pay in advance and does not possess an amount that obligates one to pay Zakat (nisab) then one may not pay in advance. This is because it is the nisab that makes paying Zakat obligatory, and if one does not possess the nisab then paying Zakat does not make much sense. It is equivalent to paying money for something one has not bought. But then after a year if ones decided to purchase the item, one cannot say to the seller, “Please consider the money that I gave to you one year ago as payment for this item.”

2) The person paying in advance must be eligible to pay Zakat for the entire year that they have paid in advance for.

3) The property for which one is paying Zakat has not been destroyed nor has decreased under the Zakat-payable amount (nisab) for the duration of that year.

4) The recipient of the Zakat remain eligible for receiving Zakat for the duration of that year.

Shafi’i scholars also stipulate that one can only pay in advance for one year. Therefore, one may not pay Zakat for two or five years in advance. (Bushra al-Karim, pg. 520-23, Fiqh al-Manhaji, pg. 315-316)

There are other details to this issue, inshaAllah what is here serves as sufficient guidelines one can follow.

Shaykh Omar Qureshi completed his Bachelor’s degree at the University of Missouri – Columbia in Microbiology in 1995 and later obtained a M.Ed. in Science Education – Curriculum and Instruction from the same institution. As a teacher in Saudi Arabia, he also studied various Islamic Sciences with Sh. Salman Abu-Ghuddah. He continued his Islamic studies in Damascus, Syria at Ma’had al-Tahdhib wa-l-Ta’lim and privately with local Damascene scholars such as Sh. Hussain Darwish. Currently Omar serves as the Dean of Academics and Instruction at Islamic Foundation School located at Villa Park, Illinois. In addition to teaching, he is pursuing a Ph.D. in Philosophy of Education and Comparative Education at Loyola University in Chicago, where he is focusing on Muslim moral educational philosophy.

Question: Can one give Zakat al-Fitr to one’s needy brother or sister? Also, what if one delays it past the Eid prayer?

Answer: In the Hanafi school, it is both permitted and best to give zakat al-fitr to one’s immediate family (besides one’s parents, children, and spouse) if they are needy, unless there are others with more obvious and urgent needs that will remain unmet.

“It is best in zakat, fitr, and vows, to direct one’s money first to one’s [needy and eligible] brothers and sisters, then to their offspring, then to… [other relatives in order of closeness]…” [al-Fatawa al-Hindiyya, 1.190]

Also, it is not sinful to delay paying one’s zakat al-fitr until after the Eid prayer, though it is improper (and somewhat disliked) to do so, because it is recommended to pay it on Eid day, before the prayer, when possible. [Shaykh Zada/Halabi, Majma` al-Anhur Multaqa al-Abhur, 1.228; Ibn Abidin, Radd al-Muhtar]

“(It is valid to pay it before) the day of Eid (without any difference between [a short] period and [a long] period) even hastened by ten years or more, as is the sound and chosen position mentioned in most recognized texts [of the Hanafi school, f: and this was confirmed as being the fatwa position in Haskafi’s Durr al-Mukhtar and Ibn Abidin’s Radd al-Muhtar]

(It is recommended to pay the fitr charity before Eid prayer) after sunrise.

(However, the obligation) of fitr charity (is not lifted by delaying), and such a delay is not [f: prohibitively] disliked [f: rather, as Ibn Abidin states, it is somewhat disliked], even if long and will still be considered a current performance and not a makeup, though there is impropriety in it.” [Majma` al-Anur, 1.228]