You are here: Home / asma al-husna 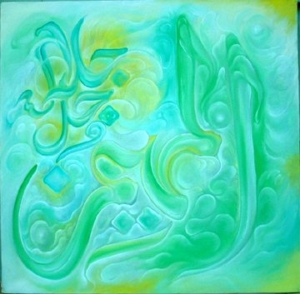 Al-Muhaymin means “an overpowering authority”.  Think a parent who sets rules for the child’s best interest. Recall, of course, that Allah is absolutely dissimilar from His creation and yet He Sees and Hears everything. One facet of Allah’s overpowering authority is that He controls the various trusts a human being has been given.

One of the greatest trusts humans have been given is the heart which must be authoritatively guarded for it is the greatest of the human faculties. It is through the heart that one ultimately attains cognizance of Allah.  If one has attained a mastery over their own heart, they should strive to protect other peoples’ hearts if they are given permission by a Sheik to be a guide.  Even if one has not attained this level, they may still help others spiritually by advising towards good and forbidding against evil in ways that are best.  However, among the other faculties that must be controlled are one’s sight, speech, emotions, etc.  Though there is a great amount of flexibility in what is allowed, there is still the comprehensive interest of obedience to Allah.

Beyond ourselves, there are those who we have been given authority over.  Anyone who has children must use their authority to protect them from falling into evil.  People who have employees or have been placed in managerial positions must prevent their subordinates from falling into unscrupulous business practices.  The list goes on.

May Allah allow us to control ourselves and allow us to use the authority we have been given over others in a positive manner. 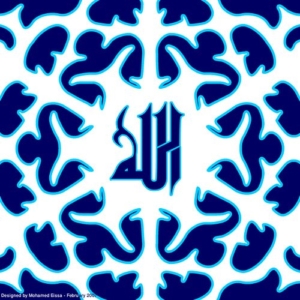 Al-Mu’min means The Faithful. Being faithful entails being trusted and there is no being worthy of our trust other than Allah.  Allah has made many promises in the Qu’ran and although we might not see the manifestations of these promises immediately, we must believe that Allah will fulfill promises of mercy and ease despite the hardships we face in life. One of the awliya wrote that the highest form of tawakkul is to trust in Allah’s mercy. “And He was Merciful with the believers.” [Quran 33:43].

Having nothing but poverty, the only way we can be faithful to Allah is to acknowledge this state of poverty that He created us in and act based upon it the way He commanded. There is also an inward dimension to this and this entails knowing that it is not our actions have no effect on Allah’s decree and success only comes from Allah. We must not be like Pharaoh who said, “I am your lord most high.” [Quran 79:24]. Rather, we should be like Moses’s mother who threw her baby into the raging river upon receiving the warid. [Quran 28:7] Most believers do not get the warid on a regular basis and have to rely on the messages of the prophets, most notably from the master of messenger, Mohammed, may Allah’s salutations and blessings be upon him. Despite the meteoric plunges we have to take in sacrificing for Allah and His messenger on a day to day basis, we must do so faithfully knowing that, in the end, those who are obedient will be felicitous.

May Allah help is be faithful to Him in ease and hardship and may He multiply our reward for doing such and may He forgive us for our slipping into faithlessness.

Another one of Allah’s names is Al-Malik, the Possessor.  Allah absolutely possesses everything and nothing possesses Him. Acting according to this name entails that we acknowledge that we are Allah’s possession.

As Allah has absolute possession over everything, we must rely on none other than Allah.  After all, if a king sends a servant to perform an errand he will ensure that the servant has the proper provisions. Likewise, Allah provides for His servants as He pleases.  We must also remember that if He withholds, He withholds because it is His right.  “Truly! To Allah we belong and truly, to Him we shall return.” [Quran 2:156].

Also, Allah has allotted His creation with possessions.  The least one is given is his own body.  This body must be possessed and not become the possessor.  In his book, The Alchemy of Happiness, Imam al-Ghazali compares the human body to a kingdom.  The intellect is like the vizier who gives sound advice yet might also have egotistical designs of his own.  The limbs and organs are like farmers who produce goods for the body but might get greedy.  Anger is like the police force that prevents injustice but might themselves become instruments of injustice at times.  In the middle of it all is the heart which is the possessor of the body. If the heart desires something, the rest of the limbs will follow. Thus, the focal point of reforming the self is the heart because it is the heart that has the capacity to maintain balance over the rest of the body by reining in the other faculties the same way that a just king maintains balance in his kingdom by reining in the various segments of society.  “Truly in the body there is a morsel of flesh which, if it be whole, all the body is whole and which, if it be diseased, all of it is diseased. Truly it is the heart.” [Narrated by Bukhari and Muslim].  As such, if one seeks to draw closer to Allah, one must focus on his heart and strive to purify it which in turn will lead to the correction of the rest of the body.

So possess your body well so that it conforms to the reality of it being Allah’s possession!