You are here: Home / man

A friend of mine is interested in a muslim girl but she told him that caste (religion) is the problem. She also told him that she likes him very much. Both work in the same organisation and have known each other for 2 years. She is confused as she can’t go against her family. She even told him that they have to separate as marriage would create problems among the two families. What could be a good solution to their problems?

Islam respects all human beings, irrespective of their background or religious inclination. In addition, Islam emphasizes maintaining good and peaceful relationships between Muslims and non-Muslims in so far as socializing, business dealings and all other interactions are concerned. Our Prophet Muhammad sallaLlahu alayhi wasallam returned home one day and found that they were gifted a lamb. He then enquired from his family saying with concern, “have you gifted some of the meat to our Jewish neighbour?” He repeated the same question thrice and said, “Gabriel continued advising me to maintain good ties with neighbours that I thought he would declare the neighbour as an heir.”

Nonetheless, despite the love and care Muslims should show all other religious denominations, it is not allowed in our Sacred Law for a Muslim female to marry a non-Muslim male.

Thank you for your query and may God bless you.

Question: I’m a watchmaker. In our company we also repair and service watches made out of gold. There are watches made for women but also for men. Is it permissible to repair watches that are worn by men, even if they are made gold?

It is not unlawful to repair a gold watch because your work, in and of itself, is permissible. This is contrary to the action of wearing the watch which would be impermissible and sinful, namely if it is actually made of gold, and not just plated or coated with it.

However, it could be praiseworthy to avoid repairing such a watch—without breach of work contract, nor financial hardship—especially when you are reasonably sure that a man will be wearing it, as opposed to simply having it in ​his ​possession, in order to avoid the difference of opinion on the matter.

Please also see: Assisting in sin. and: Are Men Allowed to Wear Rings Made from Gold and Other Materials?

Question: When a husband leads his wife alone in prayer, where does wife stand? Is it better for them to pray in congregation or pray alone?

It is best for her to stand completely behind her husband, though it is valid, according to the relied upon opinion, as long as his heel is in front of hers. [Radd al-Muhtar]

This is very useful for people whose work schedule makes them miss maghrib or isha in the mosque; they should make arrangements with their spouses to pray together. However, the fuqaha caution that this would be blameworthy to make a habit without excuse, as it is expected of Muslim men that they pray at the mosque.

Man’s Indebtedness to Allah (exalted be He) 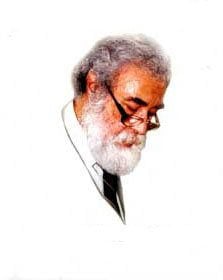 The following excerpt is from “Prolegemona to the Metaphysics of Islam: An Exposition of the Fundamental Elements of the Worldview of Islam” by Sayyid Naquib al-Attas. In it, he challenges the modern portrayal of man as a rational agent with independent creative capabilities and powers. al-Attas uses several ayahs of the Qur’an to remind us that all human beings are created in a state of absolute neediness to Allah (exalted be He)- the one who is absolutely free from all needs.

The mere fact of existence places man in a state of debt the moment he is created. As Allah (exalted be He) is the Master, Creator, and Sustainer of the universe – man cannot utilize material things to repay this debt as he is not their proper owner. The only way man can ever repay his momentous debt to his Creator is by engaging in khidmah (service) to others and humbly submitting his very self to His pronouncements.

“How can the concept of being indebted be explained in the religious and spiritual context? – one may ask; what is the nature of the debt?, and to whom is the debt owed?

We answer that man is indebted to God, his Creator and provider, for bringing him into existence and maintaining him in existence. Man was once nothing and did not exist, and now he is.