Is it allowed for a women to enter in the kitchen at that time?

There is no harm in entering the kitchen, eating and drinking, or cooking while a women is menstruating.

The Prophet (Allah bless him and grant him peace) went to lengths to remove any stigma regarding menstruation, and any ideas that people had of a menstruating woman being physically filthy or impure: Sayyiduna Anas (Allah be well pleased with him) narrates that the Jews of Medina used to not eat with menstruating women or be in the same room as them, and that the Prophetic Companions ask the Messenger of Allah (Allah bless him and grant him peace) about that. Thereat, Allah Most High send down the verse: And they ask you about menstruation. Say, ‘It is harm, so keep away from wives during menstruation … [2:222] He explained to them saying, ‘Do with them any besides intercourse.’ [Muslim and others]

He (Allah bless him and grant him peace) would recite the Quran resting his noble head in his menstruating wife’s lap and he would sleep in the same bed as her. [Bukhari] He would even eat from the selfsame part of a piece of meat that his menstruating wife was just eating from. [Muslim]

All of this tells us that a menstruating woman is not filthy nor does she have to avoid any activities save certain intimate relations with her spouse, and certain acts of worship.

As for reciting the Fatiha, or anything else of Quran, one cannot do so until one finishes one’s menses and makes ghusl. This is because of the hadith in Tirmidhi and others, ‘Let no one in ritual impurity or menstruation recite anything of the Quran.’ [al-Talkhis al-Habir, weak] However, in the Shafi’i school, if you are reciting the Fatiha, or anything else of Quran, by way of a dua or seeking protection, it is permissible during menses. [Minhaj al-Talibin] So, for example, if it is one’s habit to recite the Fatiha over the food you cook so as to bless the food, that would be permissible. 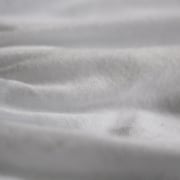 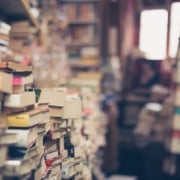 How Can a Woman Perform the Expiation for Vitiating a Fast? 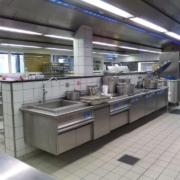 Can I Work in a Kitchen With Impermissible Food? [Video] 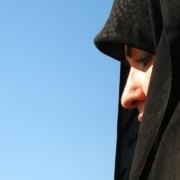