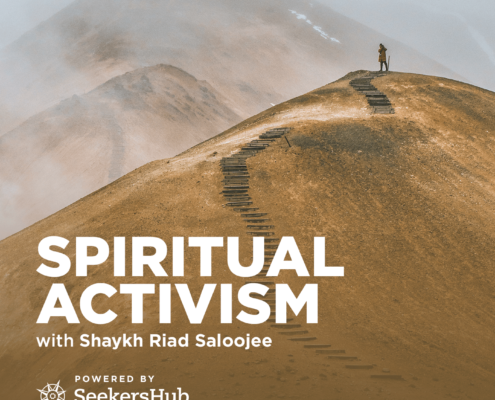 I am not a disembodied intellect (‘aql).  My intellect (‘aql) functions within the Divinely-crafted, holistic system composed of my heart (qalb), lower-self (nafs) and senses (jawarih).  It does not function independently from these other elements that constitute my human reality.

My intellect is not autonomous.  Pure rationality in matters of normative judgement is a fiction. As a Western thinker once noted: Reason is the slave of the passions; it cannot pretend to any other office than to serve and obey them. What drives many of my decisions is the spiritual maturity or lack therefore of my lower-self (nafs).

Consider some examples. Why do rocket scientists not believe in God?  Why do I not accept clear and rational truth presented to me when it conflicts with a self-interest that I perceive? Why do I rationalize my errors with argument when I know, deep down, that I am wrong? Why do I insist on certain strategic decisions in advocacy and activism that are inconsistent when studied more closely under the illuminating light of the Sacred Law?  And why do I jettison expressions of spirituality that necessitate closer scrutiny and discipline over the drives of my lower-self (nafs)?

These questions, and many more, can often be understood with greater clarity once I become more spiritually mature and self-reflective about the interconnectedness of my intellect (‘aql) to my lower-self – and once I acquiesce and commit to my own spiritual evolution and refinement. And there’s nothing more rational than that.