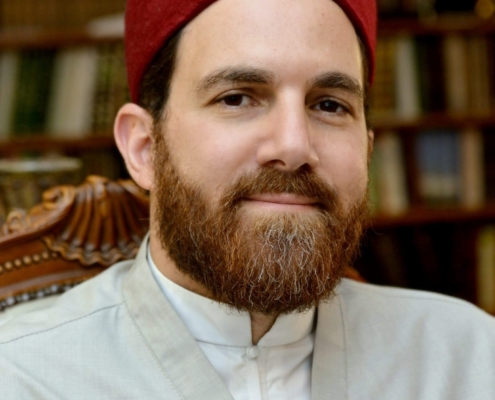 Shaykh Walead Mosaad continues looking at the fruits of faith, covering Imam Abdullah al-Ansari al-Harawi’s Manazil al-Sa’irīn (Stations of the Wayfarers). In this lesson, he looks at the third gateway to spiritual wayfaring, concern (ishfaq), which, he says, resembles a combination between vigilance and compassion. Shaykh Walead looks at the three hierarchical levels of this compassionate vigilance mentioned by Imam Harawi in his work: (1) concern over the self lest it lend itself to recalcitrance, over action lest it become lost, and over others recognizing their excuses; (2) concern over time lest it be tainted by distraction, over the heart lest it be busied, and over certainty lest it be undercut by an intermediary function; and (3) concern which guards one’s striving from conceit, spares one from entering into conflict, and helps one keep within Allah’s limits.

The session closes with a Q&A. — This is part of the series presented in Ramadan 2018: “Stations of the Wayfarers: Fruits of the Branches of Faith.” In this seven-part series, Shaykh Walead Mosaad explores the fruits of the branches of faith, looking at the ten gateways to the paths of spiritual wayfaring found in the second section of Imam Harawi’s Manazil al-Sa’irīn (Stations of the Wayfarers).