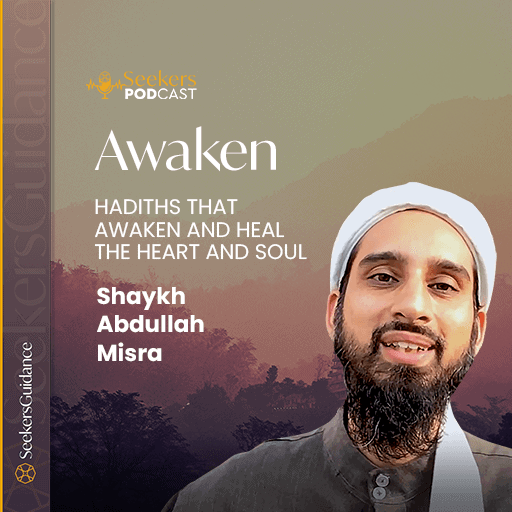 In the third episode of this series, Shaykh Abdullah Misra covers six hadiths from Kitab al-Riqaq, which convey the cure to a hard heart and provide a means to reach Allah Most High. In the first hadith, the Beloved Messenger (Allah bless him and give him peace) describes successful people as those who embraced Islam. Were blessed with just enough provision for each day, and who was made content with that by Almighty Allah.

In the second hadith, Shaykh Abdullah explains that true wealth is what we personally consumed, wore, and enjoyed, followed by that which we gave in the path of Allah Most High for purposes such as charity, education, and philanthropy. The third hadith emphasizes that our actions and deeds are the only things that stay with us and can be a source of comfort when we die. In the fourth hadith, Shaykh Abdullah underscores that wealth not sent forward to the Hereafter is left for the inheritors and will be of no benefit to the deceased. The fifth hadith further encourages us to adopt the attitude of the angels and concentrate our efforts on the wealth sent forth. In the sixth hadith, Shaykh Abdullah expounds on the concept of riches and affluence which means to be free of need from what others possess. Indeed, the Prophet (Allah bless him and give him peace) was given the gift of true eloquence, characterized by the brevity of speech in combination with a multitude of meanings.