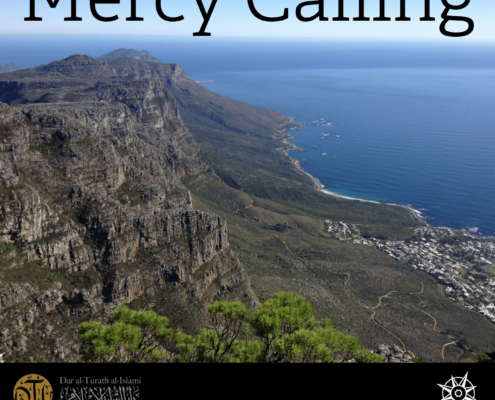 The female companion, Umm Salama (may Allah be pleased with her), was of the earliest Muslims. Life in Makka became very difficult for many of the new Muslims. As a result, the Prophet (peace and blessings be upon him) gave a group of the early Muslims permission to migrate to Abyssinia. Umm Salama was one of those early Muslims who migrated to Abyssinia. Even though Umm Salama and other companions received protection from the ruler of Abyssinia they longed to return to Makka. When news of Hamza and Umar ibn Al-Khattab (may Allah be pleased with them) accepting Islam reaching them, they returned to Makka. Upon returning, they saw that the story about the ease for the Muslims in Makka had been exaggerated. When permission was granted to migrate to Madina, Umm Salama was one of the first to go. Migrating to Madina was very difficult for Umm Salama and her husband. Shaykh Ismail goes on to explain how after the death of Abu Salama (may Allah be pleased with him), Umm Salama was approached by Abu Bakr and Umar for marriage and she declined. At the end she was blessed with the marriage of the Prophet Muhammad (peace and blessing be upon him), making her one of the mothers of the believers.

This podcast is dedicated to publishing reliable, Islamic content from Dar al-Turath al-Islami (DTI) (http://daralturath.co.za/), Cape Town, South Africa. The content taken from lessons and talks by Shaykh Abdurragmaan Khan and other scholars at DTI provides clear Prophetic guidance, which is grounded in and calls to mercy. This podcast is powered by SeekersGuidance.

Help SeekersGuidance build a Global Islamic Seminary and spread the light of guidance to millions around the world by supporting us through monthly donation by going to http://www.SeekersGuidance.org/donate – your donations are tax-deductible in the US and Canada.