This is the second part of a series of translations of Habib Umar’s work, Qabs al-Nur al-Mubin, an abridgment of Imam al-Ghazali’s Ihya Ulum al-Din.

A Summary of the Heart’s Qualities

Qualities of beasts of prey, animals, demons and that of a divine nature. When he is overcome by anger, he adopts the actions of beasts such as enmity, hatred, physical and verbal attacks. When he is overcome by desire, he adopts the actions of animals such as gluttony and greed. When within his soul there is something lordly, in accordance to Him Most High saying: “Say, ‘The spirit is my Lord’s affair.’” (Sura al-Isra 17:85) Therefore, he will call towards being worshiped, and has a liking for usurpation, appropriation, sole allocation and exclusive position within leadership, a slow withdrawal from worship, humility and seeking of knowledge. He is different from other animals in terms of his intellect, however if he adopts a demonic anger and desire, he then begins to use his intellect towards contriving ill intentions and attaining objectives by scheming, deception and deceit and carries out evil as if it were goodness, and these are etiquettes of the devils.

So, it’s as if the total urges in the skin of a human being are: a pig, which represents the desire, a dog, which represents the anger, a devil, which stimulates a pig-like desire and beast-like anger. The wise man which represents the intellect that has been assigned to repel the plots of the devil by exposing its deception, to break the pig-like desires, by setting the dog upon it, to repel the dog-like greed by setting the pig upon it, and if he does act in accordance with this, he will find consistency in his affair, state and striving upon the straight path and if he is unable to overpower all of this, it will conquer him and exploit him and as long as he is giving deep thought towards that satiating of the pig and pleasing the dog, likewise, will he continue to be in the worship of a dog and pig.

This is the state of the majority of people and it’s strange that the one who rejects the devoutness of the idol worshipers towards stones, for if the veil was to be lifted from him and the reality of his state was made manifest to him, he would see his soul personified in prostration to a pig on one occasion, and bowing to it in another, awaiting its directions and commands or he would see his soul personified in a dutiful and obedient servitude state to a mordacious dog and this is the peak of injustice.

Thereafter, what results after the obedience of the pig of desire, is the appearance of a quality of impudence, filth, squandering, stinginess, boastfulness, insanity, idleness, greed, covetousness, self-admiration, envy, hatred and pleasure toward another’s pain and the likes. As for what results after the obedience of the dog of anger, is the quality of heedlessness, spendthriftness, haughtiness, boastfulness, exaggeration, arrogance, self-praise, mockery, despising and hatred towards human beings and a desiring of evil and oppression and the likes.

As for the obedience of the devil, is by following the desire and anger and from within it, the quality of scheming, plotting, slyness, indolence, deception, corruption, secretiveness and the likes.

If the affair was to be reversed and all of this was subjugated under a principal of divine characteristics, then the divine characteristics would be established in the heart such as knowledge, wisdom, certainty, precaution towards the reality of matters and the knowledge of the essence of things, taking over everything with the power of knowledge and foresight, worthiness of leading the creation due to complete knowledge and loftiness, becoming independent of being in servitude towards desire and anger and spreading within in him, the control of the pig-like desire, returning it to the point of moderation, honorable qualities such as chasteness, contentedness, calmness, asceticism, scrupulousness, God consciousness, cheerfulness, tidiness, shyness, politeness, helpfulness and the likes.

From among that which takes place within him as a result of the strength of anger, the conquering of it, returning it to the point of necessity, the quality of braveness, generosity, courage, self-control, patience, forbearance, tolerance, forgiveness, steadfastness, nobleness, sagacity, tranquility and the likes.

The heart is like a mirror which has been surrounded by these influential factors and these effects are continuously coming into the heart. As for the praiseworthy effects, they increase the heart in clarity, radiance, illumination and brightness.

As for the blameworthy effects, they are like dark smoke ascending towards the heart’s mirror which accumulate around it, until it turns pitch black and this is known as the seal and the stain. “By no means! but on their hearts is the stain of the [ill] which they do!” (Sura al-Mutaffifin 83:14)

This is part one of a translation of al-Habib Umar bin Hafiz’s abridgment of Ihya Ulum al-Din by Imam al-Ghazali entitled Acquisition of the Clear Light, not only provides the reader with a concise understanding of the Ihya but also serves as clear guideline to the main themes and focal points within the actual book.

Translator: Abdullah Salih, converted to Islam in 2003 and thereafter, embarked on a journey of seeking knowledge in the Valleys of Hadramowt in the beautiful city of Tarim. He was fortunate enough to sit in the company of Habib Umar, where he studied under him various sciences such as, but not limited to, some of the original works of Ihya as well that of the abridgment. He now resides in Namibia with his family and is engaged in Dawah activities locally as well as internationally. 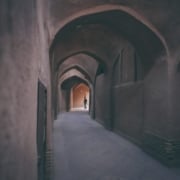 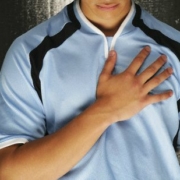 The Rights of Our Hearts