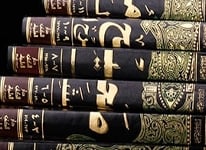 Ustadh Farid Dingle is asked if wearing clothes that are not traditionally Muslim in itself puts one beyond the pale.

May Allah reward you for your great answer service. I was wondering if there is a specific historical context for the hadith: “Whoever resembles a people is one of them”? Is it a literal, self-constrained, all encompassing statement, or is it part of a longer hadith? Also, if you live in Canada and dress like everyone in Canada why is that bad? What are the Islamic limits that prevent racism and the forming of ethnic ghettos? Is saying Merry Christmas or sending your kids out to Halloween going to make you a kafir as they tell us in Khutbahs locally?

Mimicking non-Muslims or the morally corrupt is only sinful when:

So, if for example you have a certain haircut or wear certain clothes because you like them, not because you want to be identified with a certain group of non-Muslims or morally corrupt people, then it is fine.

Please also see Clothes of the People of the Land.

Is It Permissible to Reply to a Non-Muslim’s Sneeze With “Bless You”?

Why Halloween Should Be Off The Cards – Imam Zaid Shakir

Can I Speak Quietly during the Sermon (Khutba)?

Answered by Shaykh Yusuf Weltch Question Am I required to pray for blessings sil...
3 mins

Self-Defense Is Lawful, but Should We Defend Others?

Answered by Shaykh Irshaad Sedick Question I know that it is allowed for one to...