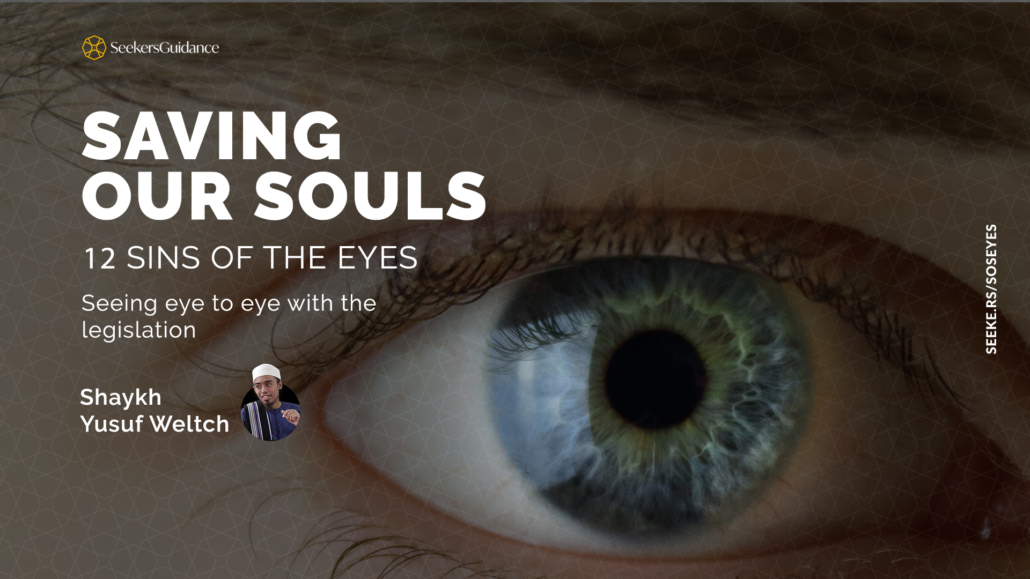 Our eyes and our ability to see are from Allah’s greatest blessings upon us. With them, we’re able to see His marvelous creation and reflect over his might, but all blessings need to be used correctly. If Allah blesses you with wealth it is from gratitude that you use that wealth in permissible ways. Likewise, the great blessing of sight must be used in halal ways and the sins of the eyes must be avoided.

The following are the sins the eyes commit:

May Allah forgive us for all that which we’ve looked at intentionally.

This article is based on the seminar by Shaykh Faraz Rabbani and Shaykh Abdullah...
10 mins

Author: Shaykh Dr. Hisham A. Hellyer If the teachings of the Shadhuli order of S...
4 mins

Bowing and Prostration: Pathway to Allah

Shaykh Faraz Rabbani This article is transcribed by an internal student based on...
6 mins