Shaykh Yahya Rhodus takes the seeker on an insightful journey into the meanings of Sura al Fatiha. He commences by exploring its many names. It is called Fatih al- Kitab because it is the opening chapter of the holy Qur’an. It is also called Umm al – Quran because it is the source of the Qur’an; and it is al – Assaas, containing the Qur’an’s foundational meanings. Its names reflect its limitless meanings as well as its merits, most notably that it is regarded as the best of the Qur’an.

Against this backdrop, Shaykh Yahya engages in an extensive exegesis of Sura al Fatiha, starting with the istiaatha – the seeking of refuge in Allah from the accursed devil. He says we seek refuge because we know we’re in need, and the more we realise our need, the more Allah will grant us sufficiency. Thereafter, the sura commences with the basmala, invoking all its blessings and enabling us to encloak ourselves with them. These blessings flow because the divine name is the greatest word of all, deserving of all perfection, and it is coupled with the attributes of al – Rahman, the universally merciful to all creatures, and al – Raheem, the specifically compassionate to the believer. Both are emphatic words derived from rahmah, meaning softness of heart, and compassion that necessitates showing goodness and grace to someone.

Turning to the ayat of al – Hamd, Shaykh Yahya explains that we praise Allah with the intention of glorifying and exalting Him, because He is the Lord of the Worlds. Integral to this praise is deep gratitude to Allah for all His blessings.

The next ayat repeats Allah’s divine attributes of al-Rahmaani Raheem, emphasising His mercy.

We then move from praise to a focus on Allah’s sovereignty and possession in the next ayat: Maaliki Yawmid Deen. The word maalik comes from either of two verbal nouns. The first one, Mulk, refers to the kingly traits of dominion, rule or sovereignty. The second one, Milk, refers to possession. So Allah is al – Mulk, the king, or al-Maalik, the owner. We are His Mamluk, subjects or property, and we connect with Him by doing His will. Our hearts should be in a state of reverential awe and fear at the mention of Yawmid Deen. It is the day of resurrection, the day of reprisals, the day where wrongs will be righted. And our Lord is king or master of it.

Thereafter, the sura moves to us, the servants of Allah: Iyyaaka na’budu – we worship You alone. We’re commanded to worship with the utmost humility and a deep sense of exaltation. Allah has placed worship before Istiaana (seeking help) because it is the appropriate etiquette to follow this order, and also because supplicating after worship is more amenable to a response.

Next, we ask Allah to guide us to the straight path (Ihdinas Siraatal Mustaqeem). Shaykh Yahya explains that al – Siraat is a path, a traverse, a way – the bridge over hell that all people will cross on their way to Paradise. It is thinner than a hair and sharper than a sword, and its length is 3,000 years. It is a straight path (al – Mustaqeem), involving outward compliance with the shari’a and inward submission. The way we adhere to the straight path in this world is the way we will cross the traverse in the next. This path is the path of those whom Allah has blessed (Siraatal latheena an’amta ‘alaihim), namely the prophets, the truthful, the martyrs and the righteous. There was a multitude in the beginning and there are only a few in the end times, but we can be people who move upwards in rank, if we have guidance and uprightness.

Finally, we ask to be spared the way of those who anger Allah or who have gone astray: ghayril maghdoobi ‘alaihim wa lad daalleen. It is said maghdoobi ‘alaihim are the Jews, or the disbelievers, or those who know what is right but don’t do it because of a blameworthy trait in their hearts. al – Daalleen are variously said to be the Christians, or the hypocrites, or those who go astray because they don’t know the truth.

Shaykh Yahya’s journey through the Mother of the Book gives us the opportunity to attain a deeper understanding of its meanings, and, concomitantly, a closer relationship with our Lord. May Allah grant us openings as we listen. 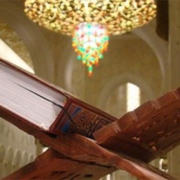 Is It an Innovation to Recite the Qur'an Seeking a Cure? 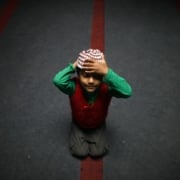 How Do We Know That the Prophet Muhammad Is a True Prophet?

Learn To Live: A 30 Day Program in God's Mercy, Forgiveness and Salvation