Hamdun al-Qassar, one of the great early Muslims, said, “If a friend among your friends errs, make seventy excuses for them. If your hearts are unable to do this, then know that the shortcoming is in your own selves.” [Imam Bayhaqi, Shu`ab al-Iman, 7.522]

Imam Ghazali (Allah have mercy upon him) also quotes this in the Ihya. 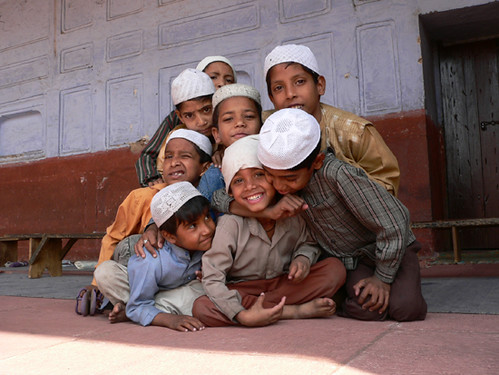 The Messenger of Allah (peace and blessings be upon him) said, “Overlook the slips of respected people.” [Bukhari in al-Adab al-Mufrad; Abu Dawud; Nasa’i in al-Kubra; and others–rigorously authentic (sahih), from A’isha (Allah be pleased with her)]

The General Basis for Making Excuses

Ibn Ajiba (Allah have mercy upon him) mentions that making excuses for others returns to the Prophet’s words (peace and blessings be upon him) that, “A believer is a mirror of the believer.” [Abu Dawud, from Abu Hurayra (Allah be pleased with him); sound (hasan)] So what you see in your brethren is a reflection of what is within you–so beware.

The way of purity and sincerity is to look at everyone–friend and foe–with the eye of sincere concern (nasiha) and mercy. The Messenger of Allah (peace and blessings be upon him) said that, “Religion is sincere concern (ad-dinu’n nasiha).” [Muslim and Nasa’i, from Tamim ad-Dari] And, “It is only the merciful who are granted mercy by the All-Merciful. Be merciful to those on earth and the Lord of the Heavens will be merciful to you.” And, “None of you believes until they wish for others as they wish for themselves.” [Abu Dawud and Tirmidhi, from Abdullah ibn Amr (Allah be pleased with him); soundly authentic (hasan sahih) according to Tirmidhi]

This is why Abdullah ibn Muhammad ibn Munazil (Allah have mercy upon him), of the early Muslims, said, “The believer seeks excuses for their brethren, while the hypocrite seeks out the faults of their brethren.” [Sulami, Adab al-Suhba] This is because the default assumption about all humans and their actions is that they are sound and free of error. This is considered our operating certainty.After this, if we find something that makes us doubt about them, we are not permitted to leave this operating certainty that they did not err for mere doubts or misgivings.

Allah Most High commanded us: “Believers! Leave much doubt, for most doubt is sinful.” [Qur’an, 49.12]

The doubts and misgivings about others that are sinful are those that do not have a sound basis that would be sufficient to leave our operating assumption about others that they are upright and their actions free of error.