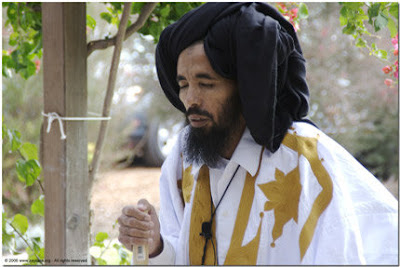 Shaykh Salek is from Mauritania, West Africa, a country known for producing some of the Muslim world’s most knowledgeable scholars. He studied for over 17 years in the famous mountain region of Taganat, from numerous accomplished scholars including Murabit al-Hajj, one of the greatest scholars of our age. In addition to memorizing the entire Quran in two of its recitations, he has studied and mastered some of the most advanced texts in the disciplines of Islamic jurisprudence (fiqh), arabic grammer (nahu), doctrinal creed (aqida), prophetic narration (hadith), and the study of the life of the Prophet Muhammad, peace be upon him (seerah). From a family tracing its lineage back to Jafar ibn Abi Talib, may Allah be well pleased with him, he is respected and widely regarded amongst his peers as a scholar of the highest caliber. He currently runs a school in Mauritania teaching the Quran, Islamic law, and numerous other subjects to children and adults of all ages.