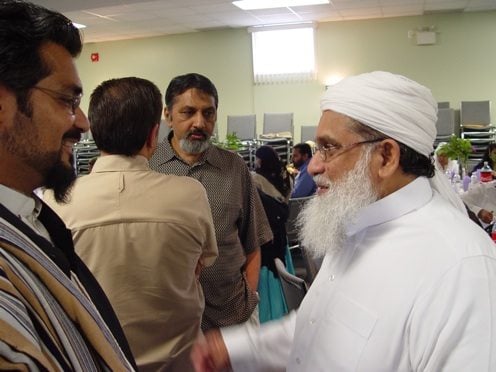 The Mawlid:a season of thanks and celebration – The National Newspaper

Only a tentative peace held in those first days after the opening at Mecca. The Quraysh tribe had submitted to the Prophet without bloodshed, but the air was still tense with uncertainty. While some members of the vanquished city explored the depths of their subconscious confidence in the integrity of Mohammed, others licked wounds of defeated pride. A lasting closure would have to wait until the defeated of today would be rallied together with the victors in one single community of purpose at Taif; but that was still days away.

Fadalah ibn Umayr, a young man from Mecca, was planning to kill the Prophet. Through stealth, he would wait for his opening as he followed closely behind him while circling the Kaabah. He was so close to his target that he could smell the perfumed perspiration of the Prophet. He was confident in his purpose, until, in one quick moment the Prophet turned to him, face to face, and said, “Is that Fadalah?” “Yes,” he replied, “it is Fadalah, O Messenger of Allah.”

“What were you saying to yourself just now?” “Nothing,” he replied, “I was only remembering Allah.” The Prophet smiled, saying: “Ask Allah to forgive you,” and he placed his hand on the young man’s chest. In that instance he was overcome with a feeling of calm and serenity.

Fadalah would say: “Until that point there was no one on the face of the Earth more hated to me than Mohammed, until he lifted his hand from my breast. After that there remained nothing in the creation of God more beloved to me than him.”

Everyone longs for that peace of heart and mind; that serenity that was found by Fadalah. We seek comfort in others, the friends we keep, sometimes even strangers. But what attracts us to others, what enables us to find a healing solace in their company, is the refractions of the character traits of Mohammed within them.

It is a belief held by Muslims that Mohammed is the model of the completed human being and the standard for beauty in character and conduct.

The biographical genre of “Shama’il” enumerate 12 primary traits of the Prophet Mohammed; forbearance, generosity, forgiveness, courage, modesty, humility, honesty, patience, dignity, fairness, trustworthiness and compassion. Ever wonder what it takes to be a saint? These are the qualities that draw us like moths to the flame of friendship, love and confidence. They are the refractions of that first resplendent source. They inspire, illumine, enthuse, and instill hope.

It is these qualities that the Prophet brought that we celebrate this month. Our consciousness of the Divine and comprehension of the meanings of His eternal speech only come to us through the conduit of Mohammed. And it is for this that we give thanks.

When his companions were asked by the Ethiopian king what their Prophet teaches, they responded: “We were uneducated, devoted to hollow idols, we consumed illicit food, we were involved in corruption, we damaged our relationships with family, and the strong among us would abuse the weak among us.” They continued saying that he taught them to devote themselves to Allah, who is timeless and eternal, and to leave the false idols of their past. “He enjoined us to be honest, to be dutiful to our family ties, leave corrupt practices.” No sooner did they finish, than tears were seen in the king’s eyes. Did he recognise the echoes of these states of affairs in his own society as we inevitably do in ours? Was he heartened by the clarity and simplicity of the message? We can only know what it can mean for us. Today though, we celebrate.

[Shaykh] Jihad Hashim Brown is the director of research at the Tabah Foundation. He delivers the Friday sermon at the Maryam bint Sultan Mosque in Abu Dhabi