The following is the foreword to the booklet entitled, “Pursuit of Peace: 2014 Forum for Promoting Peace in Muslim Societies.”

The pursuit of peace is a most noble human endeavour. The Qur’an states,

“Now if they incline towards peace, then incline to it, and place your trust in God, for God is the all-hearing, the all-knowing. And if they mean to deceive you, surely you can count on God” (8:61-62).

This verse indicates that one should not avoid reconciliation out of fear that it may only be an enemy’s subterfuge. That is not our teaching. We are asked to seek peace and place our trust in God. Such is the preciousness of peace that its mere possibility, however remote, demands our most sincere and faithful efforts. The New Testament also reminds us, in words attributed to Jesus, peace be upon him, “Blessed are the peacemakers, for they shall be called the dependents of God.”

Shaykh Abdallah bin Bayyah is a peacemaker and has placed his trust in God. He believes that peace is not simply the starting point but the only point. War, should it arise, is a disruptive suspension of peace, one that all men of intelligence should seek to end by any means necessary. Shaykh Abdallah once said that the only blessing in war is that when it befalls men, they fervently hope for peace. 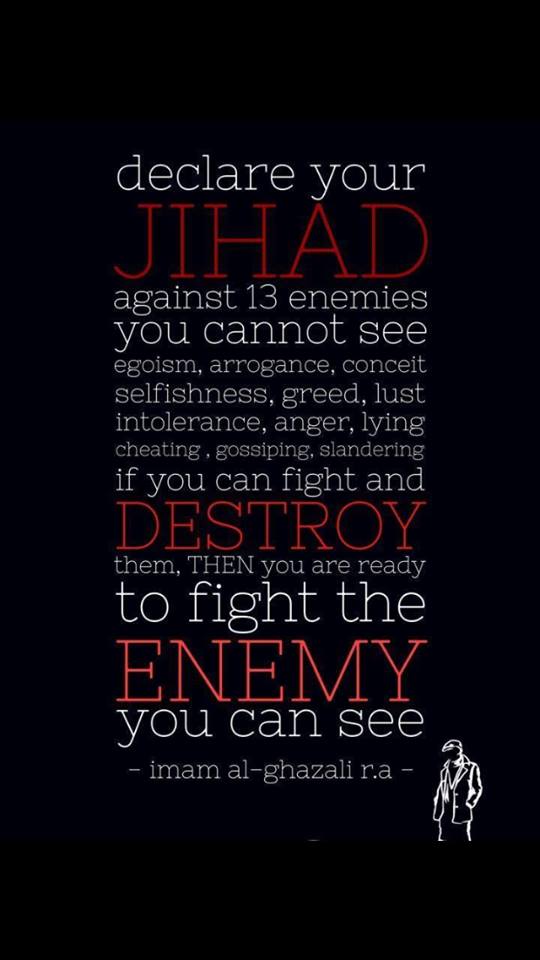 As for those who claim that calling to peace is canceling out jihad, the converse is true, as Shaykh Abdallah cogently argues: Jihad is not war, and while it does have military applications, Muslims waging war on other Muslims is not one of them. That is called fitnah, something our Prophet, God’s peace and blessings upon him, shunned so much that he sought refuge from it.

Shaykh Abdallah, a master of usul – the tools of ijtihad – and a man who profoundly understands the time we live in, is uniquely qualified to determine when the military application of jihad is valid and when it is not. Hence, his call for peace, far from cancelling out jihad, is itself an act of jihad.

The pre-Islamic Jahili Arabs knew war all too well, as they lived in societies rife with strife: blood vengeance was their way, and the cycles of violence, like a millstone grinding its grain, constantly ground the bones of their bodies. When Islam appeared as an oasis in the desolate desert where wars were far too common, and the Prophet Muhammad, God’s peace and blessings upon him, offered another path, the path of peace through submission, the Arabs saw a way out of their wanton violence that invariably left children without fathers and women without husbands.

A new world order was born, and though not immune at times to violence, it was one in which learning, science, and commerce prevailed, not war, violence, and vengeance. These became the pursuits of men who went forth to form societies that became some of the most tolerant and peaceful in human history. But that was then: this is now a turbulent time for Muslims. Failed states, senseless violence, and teeming refugees now characterize large parts of the Muslim world.

Despite these troubles, some Muslims are still calling, like pre-modern physicians, for a bloodletting to cure the social body. But blood leads only to more blood, and the body, far from being healed, is further sapped and drained of its strength. Much like the pre-modern patient whose bloodletting often led to his demise, today’s victims of this militant bleeding are drowned in rubble, dazed and confused, wondering when it will all end. Shaykh Abdallah is calling Muslims to end the madness and restore the way of the Prophet Muhammad, God’s peace and blessings upon him, the way of peace and prosperity. He is reminding us by using our own sources – the Qur’an, the Sunnah, and the prescriptions of our pious predecessors – that peace, not war, is the only way out.

For those who would believe otherwise, let them contemplate the words our Prophet, God’s peace and blessings upon him, repeated throughout his life after each daily prayer:

“O Allah, You are Peace, and from You is Peace, and to You returns Peace, so let us live, O our Lord, in Peace.”

Shaykh Zayed Al-Nahyan, the Father of the United Arab Emirates, was committed to peace and unity, and it is no surprise that his honorable sons, following in his illustrious footsteps, would be the ones to host and support this powerful initiative from Islam’s teaching by the great Mauritanian scholar, Shaykh Abdallah b. Bayyah. With war being waged on peace all around us, Shaykh Abdallah’s message is a simple cure: Wage war on war in order to have peace upon peace. For war is not the way: peace is the path. The path is peace.

Resources for Seekers:
The Menace of So-called “Jihad” – Imam Zaid Shakir
Jihad, Abrogation in the Quran & the “Verse of the Sword”
Understanding the Qur’anic Verse “Slay them wherever you find them”: Balance, Justice, and Mercy in Islamic Rules of Jihad