What is the Shariah?

“For each We have appointed a divine law and a traced-out way. Had God willed, He could have made you one community. But that He may try you by that which He has given you. So vie one with another in good works. Unto God you will all return, and He will then inform you of that wherein you differ.” [Qur’an]

For Muslims, life did not begin at birth, but a long time before that. Before even the creation of the first man. It began when God created the souls of everyone who would ever exist and asked them, “Am I not your Lord?” They all replied, “Yea.”

God decreed for each soul a time on earth so that He might try them. Then, after the completion of their appointed terms, He would judge them and send them to their eternal destinations: either one of endless bliss, or one of everlasting grief.

This life, then, is a journey that presents to its wayfarers many paths. Only one of these paths is clear and straight. This path is the Shariah.

In Arabic, Shariah means the clear, well-trodden path to water. Islamically, it is used to refer to the matters of religion that God has legislated for His servants. The linguistic meaning of Shariah reverberates in its technical usage: just as water is vital to human life so the clarity and uprightness of Shariah is the means of life for souls and minds.

Throughout history, God has sent messengers to people all over the world, to guide them to the straight path that would lead them to happiness in this world and the one to follow. All messengers taught the same message about belief (the Qur’an teaches that all messengers called people to the worship of the One God), but the specific prescriptions of the divine laws regulating people’s lives varied according to the needs of his people and time.

The Prophet Muhammad (God bless him and give him peace) was the final messenger and his Shariah represents the ultimate manifestation of the divine mercy.

“Today I have perfected your way of life (din) for you, and completed My favour upon you, and have chosen Islam as your way of life.” (Qur’an, 5:3) The Prophet himself was told that, “We have only sent you are a mercy for all creation.” (Qur’an, 21:179) 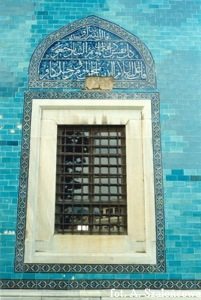 The Shariah regulates all human actions and puts them into five categories: obligatory, recommended, permitted, disliked or forbidden.

The ultimate worth of actions is based on intention and sincerity, as mentioned by the Prophet, who said, “Actions are by intentions, and one shall only get that which one intended.”

Life under the Shariah

God sent prophets and books to humanity to show them the way to happiness in this life, and success in the hereafter. This is encapsulated in the believer’s prayer, stated in the Qur’an, “Our Lord, give us good in this life and good in the next, and save us from the punishment of the Fire.” (2:201)

The legal philosophers of Islam, such as Ghazali, Shatibi, and Shah Wali Allah explain that the aim of Shariah is to promote human welfare. This is evident in the Qur’an, and teachings of the Prophet.

The scholars explain that the welfare of humans is based on the fulfillment of necessities, needs, and comforts.

Necessities are matters that worldly and religious life depend upon. Their omission leads to unbearable hardship in this life, or punishment in the next. There are five necessities: preservation of religion, life, intellect, lineage, and wealth. These ensure individual and social welfare in this life and the hereafter.

The Shariah protects these necessities in two ways: firstly by ensuring their establishment and then by preserving them.

To ensure the establishment of religion, God Most High has made belief and worship obligatory. To ensure its preservation, the rulings relating to the obligation of learning and conveying the religion were legislated.

To ensure the preservation of human life, God Most high legislated for marriage, healthy eating and living, and forbid the taking of life and laid down punishments for doing so.
God has permitted that sound intellect and knowledge be promoted, and forbidden that which corrupts or weakens it, such as alcohol and drugs. He has also imposed preventative punishments in order that people stay away from them, because a sound intellect is the basis of the moral responsibility that humans were given.

God has made it obligatory to support oneself and those one is responsible for, and placed laws to regulate the commerce and transactions between people, in order to ensure fair dealing, economic justice, and to prevent oppression and dispute.

Needs and comforts are things people seek in order to ensure a good life, and avoid hardship, even though they are not essential. The spirit of the Sharia with regards to needs and comforts is summed up in the Qur’an, “He has not placed any hardship for you in religion,” (22:87) And, “God does not seek to place a burden on you, but that He purify you and perfect His grace upon you, that you may give thanks.” (5:6)

Therefore, everything that ensures human happiness, within the spirit of Divine Guidance, is permitted in the Shariah.

Sources of the Shariah

The primary sources of the Shariah are the Qur’an and the example of the Prophet Muhammad.

The Qur’an was revealed to the Prophet gradually, over 23 years. The essence of its message is to establish the oneness of God and the spiritual and moral need of man for God. This need is fulfilled through worship and submission, and has ultimate consequences in the Hereafter.

The Qur’an is the word of God. Because of its inimitable style and eloquence, and, above all, the guidance and legal provisions it came with, it ensures the worldly and next-worldly welfare of humanity.

God Most High said, “Verily, this Qur’an guides to that which is best, and gives glad tidings to the believers who do good that theirs will be a great reward.” (Qur’an, 17:9) And, “There has come unto you light from God and a clear Book, whereby God guides those who seek His good pleasure unto paths of peace. He brings them out of darkness unto light by His decree, and guides them unto a straight path.” (Qur’an, 5:15)

The Prophet’s role was expounded in the Qur’an, “We have revealed the Remembrance [Qur’an] to you that you may explain to people that which was revealed for them.” (16:44)

This explanation was through the Prophet’s words, actions, and example. Following the guidance and the example of the Prophet was made obligatory, “O you who believe, obey God and obey the Messenger,” (4: 59) and, “Verily, in the Messenger of God you have a beautiful example for those who seek God and the Last Day, and remember God much.” The Prophet himself instructed, “I have left two things with you which if you hold on to, you shall not be misguided: the Book of God and my example.” [Reported by Hakim and Malik]

The basis for scholarly consensus being a source of law is the Qur’anic command to resolve matters by consultation, as God stated, “Those who answer the call of their Lord, established prayer, and whose affairs are by consultation.” (42:38) Scholarly consensus is defined as being the agreement of all Muslim scholars at the level of juristic reasoning (ijtihad) in one age on a given legal ruling. Given the condition that all such scholars have to agree to the ruling, its scope is limited to matters that are clear according to the Qur’an and Prophetic example, upon which such consensus must necessarily be based. When established, though, scholarly consensus is decisive proof.

Legal analogy is a powerful tool to derive rulings for new matters. For example, drugs have been deemed impermissible, through legal analogy from the prohibition of alcohol that is established in the Qur’an. Such a ruling is based on the common underlying effective cause of intoxication.

Legal analogy and its various tools enables the jurists to understand the underlying reasons and causes for the rulings of the Qur’an and Prophetic example (sunna). This helps when dealing with ever-changing human situations and allows for new rulings to be applied most suitably and consistently.

The ultimate aim of those who submit to the Shariah is to express their slavehood to their Creator. But the Shariah does bring benefit in this world too.

This way has been indicated in a Divine statement conveyed by the Prophet.

If the legal dimension of the Shariah gives Islam its form, the spiritual dimension is its substance. The spiritual life of Islam, and its goal, was outlined in the Divine statement (mentioned above).

The Prophet explained spiritual excellence as being, “To worship God as though you see Him, and if you see Him not, [know that] He nevertheless sees you.

The spiritual life of Islam is a means to a realization of faith and a perfection of practice. It is to seek the water that the Shariah is the clear path to, water that gives life to minds and souls longing for meaning.

It is this spiritual life, at its various levels, that attracts Muslims to their religion, its way of life, and to the rulings of the Shariah.

And those who believe are overflowing in their love of God.  (Qur’an 2:165)