Adab 06: The Adab of the Mosque Pt II Ustadh Tabraze Azam reminds is of the honor Allah has bestowed upon the mosque as a place of worship and the importance of right conduct in it.

Light upon light! Allah guides whoever He wills to His light. And Allah sets forth parables for humanity. For Allah has perfect knowledge of all things. That light shines through houses of worship which Allah has ordered to be raised, and where His Name is mentioned. He is glorified there morning and evening. (Sura al Nur 24:35-36)

Proper manners take time to inculcate. But the more sacred the space or setting, the greater the emphasis is in maintaining a high bar. Each time we display something of a higher level of religion, and thank Allah for it, He increases us out of His generosity. Each time we apply ourselves to a deeper level of excellence, it only shows Allah Most High that we truly care and that His religion is certainly something very dear to us.

“And whoever honours the symbols of Allah, it is certainly out of the piety of the heart.” (Sura al Hajj 22:32) A heart stationed between regular gratitude for Allah’s blessings and a look to the eternal life is the kind of heart that is moved to work righteous deeds, even if only seemingly slight.

With this in mind, let us now turn to the remainder of the proper manners (adab) and sunnas relating to mosques, the houses of Allah Most High.

One matter which must be remembered at all times is that the mosque has a sanctity (hurma). Upholding this entails that we keep it not only physically clean, which is obvious, but spiritually clean too, namely, from distractions and matters which disturb the stillness and serenity therein. Accordingly, young children who don’t understand the concept of what a mosque or prayer is should be left at home. If there is a need for them to be present, they should be kept beside you so that they can be reminded to remain quiet.

Similarly, you should take a moment to ensure that your phone is muted or turned off as you enter the mosque. It is unbecoming to enter into a sacred space of worshipers and then disturb them with, sometimes, unfortunate ringtones. This is much more emphatic when it occurs during the prayer, so you should use slight movements to quiet down the phone if it happens.

If the phone is away from you, you may need to break the prayer lest it cause further annoyance to the other praying persons. Needless to say, the same would apply to an inconsolable child. Infringing upon the rights of others is a serious matter.

Generally, recitation is something which is a private matter. There is, however, benefit in louder recitation which has a more powerful effect on the heart, mind and soul as more limbs take part in the process. If you would like to recite aloud, you should choose an appropriate place to sit, away from those who are praying and others who may be engaged in worship. The basis is that the mosque is for private devotion so you should be careful that your recitation doesn’t unknowingly become something else.

The exception is when there are public events such as the weekly Friday sermon, or the occasional marriage ceremony (nikah) – depending on the time of year! – or the ‘eid sermon. When such sermons begin, it is not permitted to talk or pray until, depending on circumstance, the sermon or prayer ends. Other public lessons or events in appointed times are also exempted from the general rule and you should strive to give the speaker the respect due.

Part of maintaining the dignity of this sacred space is ensuring that we don’t violate what is was made for by engaging in worldly affairs in it. Buying and selling in the mosque is something that was interdicted by the Prophet, Allah bless him and give him peace, as the mosque isn’t supposed to be a kind of marketplace, even if you entered to pray. (Abu Dawud) So that book you wanted from Amazon will have to wait some minutes!

In the same way, eating and drinking was generally inappropriate as it is distracting, brings in smells and affects the entire space. But this doesn’t negate the fact that the one who is engaged in a spiritual retreat (mu’takif) is in fact permitted to do these things because he is bound to stay in the mosque. Otherwise, activities other than prayer, remembrance, recitation and other devotion is best done elsewhere.

The basis is to obey those who have authority over one in a particular context. Putting aside the legal nuances, the general idea is that, for example, you should listen well to the host when he directs you, as the guest, to your seat or the food.

Similarly, the imam of the mosque is working within his capacity as the authority figure and he should be obeyed when he orders the rows to be straightened, gaps to be filled or appoints somebody to lead the prayer on his behalf, namely, those matters which are in the greater interests of everybody within the mosque and taking part in the congregational prayer.

All of these matters are within his domain and he has a right to choose as he sees fit. Nevertheless, when he is mistaken, he remains a fellow believer who deserves dignity, respect and sincere counsel (nasiha), so it should be afforded to him with full and proper decorum.

The Call to Prayer (Adhan)

The Messenger of Allah, Allah bless him and give him peace, said, “When it is time for prayer, let one of you give the adhan.” (Bukhari) This is one of the strongest of the sunnas of our religion and a sign and marker of Islam itself. It is a means of reminding us of the pre-eternal call of the Divine and a reminder of the reality of life and the proximity of the Hereafter. So it behooves us to make it a point to become of those who “respond to Allah and His messenger when he calls you to that which gives you life.” (Sura al Anfal 8:24)

The one giving the call to prayer (adhan) should know the prayer times, face the qibla, be in a state of ritual purification, beautify his voice, and elongate the words, yet without exaggerating such that the adhan becomes very long.

Supplication upon Entering and Exiting

It from the sunna to supplicate when entering and leaving mosques. Imam Nawawi writes in his Book of Remembrances (al-Adhkar) that a person can recite the following supplication, for example, upon entering: “O Allah, open for me the doors of Your mercy’ (allahumma iftah li abwab rahmatik).” And upon leaving, he would say, “O Allah, I ask of You from Your bounty’ (Allahumma inni as’aluka min fadlik).” (Muslim)

We ask Allah Most High to clothe us inwardly and outwardly in beauty so that our hearts and limbs fall into true submission at all times, and so that we genuinely become “masajid” ourselves, or vessels of sincere, humble, perpetual worship. Reflections on Seeking Knowledge: A Student at Seekers 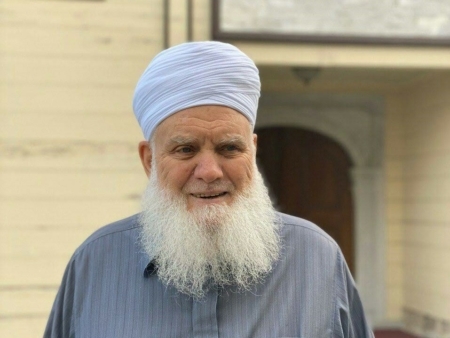 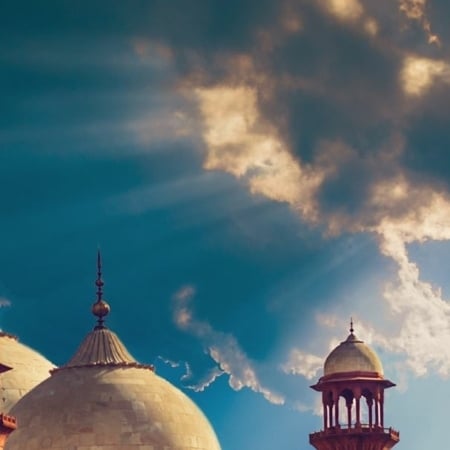 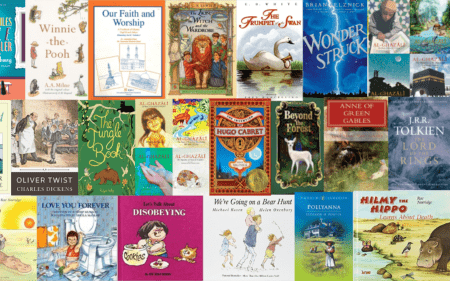 Keys to the Qur’an: Imam Ghazali’s Proper Manners of Reciting the Qur�...