In this first part of a two-part article, Ustadh Salman Younas discusses the Festivals of Islam, and the mawlid in particular, as a joyous expression of the greatest blessing from Allah.

Discussions on the mawlid and its permissibility often occur in a context where the focus is primarily directed towards determining the strict legal merits of this practice. Commonly, the questions asked in this legal context relate to understanding the notion of sunna, defining innovation (bidʿa), identifying the textual sources supporting or repudiating this practice, and forwarding the opinions of classical jurists. It is seldom the case that people attempt to analyze the mawlid beyond strictly and narrowly defined legal considerations and recognize it as a rather complex social and cultural phenomenon.

This is despite the fact that non-legal considerations are often essential to the issuance of a sound legal judgment. Though debates surrounding the mawlid are often presented in rather simple terms today, several classical scholars sought to view this practice in a broader light when trying to determine its legal status and merits. One of the considerations they took into account was the pedagogical and cohesive power of the mawlid,and the concerns they expressed prove to be quite relevant to Muslims today.

Muslims are often left confused when it comes to questions of identity. Islam is presented to many people through the filter of a particular ethno-cultural community. This is then taught as the way faith is meant to be understood and practiced, which some manage without issue and others with varying degrees of schizophrenia. Of course, Islam as a universal faith largely transcends any particular ethnicity or culture, and the Shariʿa has established guidelines demonstrative of its accommodating and flexible nature. Generally, though, Muslims agree that Islam does bring with it a distinct identity in so far as identity is rudimentarily defined as the qualities of a people or group that make them different from others. In its theology and rituals, Islam distinguishes itself from other faith-groups, and those who accept Islam become members of a distinct community of believers who stand apart from others.

This point about community is important to take note of. Islam is not simply a matter of personal or individual identity, but a collective one that finds its greatest expression in the community. The most fundamental practices and pillars of Islam reflect the communal character of the faith. Prayer is at once a personal act of devotion to God demanded of each individual who is deemed morally responsible (mukallaf), but it is also inextricably tied to congregation and the mosque. In this manner, prayer forms a connection between God and the individual, and between the individual and other believers who come together as servants of God. Similarly, zakat is a pillar that quite clearly serves a social function. Wealth is collected from specific members of the community and distributed to others. The fact that several jurists stipulated that zakat be distributed locally further attests to the social dimensions of this pillar.

The various rituals of Islam, therefore, aim to create and uphold a vibrant, healthy, and godly community of believers. Membership within such a community preserves the faith of individuals, provides them with a sense of identity, self-esteem, and belonging, and motivates them to do good: “Assist one another in righteousness and piety, but do not do so in sin and transgression.” (Sura al-Maida 5:2) Indeed, our self-concepts and self-definitions are not simply based on the unique traits and characteristics of our individual self, but also our relational and collective-selves. On account of the aforementioned, communal identity and cohesion were at the core of the Islamic faith so much so that the very pillars of the religion were legislated with a view to achieving and sustaining them.

The Festivals of Islam

This concern to nurture a distinct identity among Muslims and create a healthy and vibrant community of believers also underpinned the legislation of the major festivals of Islam, namely the two ʿId’s. In a tradition related by ‘Aʿisha, the Prophet, blessings and peace be upon him, said, “Every nation has its day of celebration, and this is our day of celebration.” (Bukhari) The function of these festivals as distinct markers of the Muslim community that set them apart from others is evident in this tradition. Indeed, other traditions mention that the two ʿId’s had come to replace the celebratory days that people used to observe during the days of ignorance:

In addition to its role in developing a religious and social identity, fostering communal cohesion, and developing a universal Islamic culture shared among an otherwise diverse array of Muslims, the ʿId festivals were also catering to a deep-rooted and ineradicable element of human nature, namely the need to express joy, pleasure, and to partake in leisurely activity and amusement. The tradition of Abu Dawud cited above did not repudiate peoples’ engagement in celebratory activity or “play” but shows the Prophet, blessings and peace be upon him, providing alternative forms of celebration that were imbued with a religious character – not just play and amusement as seen in the tradition of ʿA’isha and the Abyssinians or the singing girls, but prayer, charity, maintaining family ties, spreading good-will, and thanking God for His blessings. In this manner, Islam made use of powerful human emotions, namely joy, love, and happiness, to evoke and instill religious sentiment in people and draw them closer to God.

While the Qur’an describes the world and worldly-life pejoratively as one of “idle play and amusement” (Sura al-An‘am 6:32), this applied primarily to people who had been distracted from God in these activities. The festivals of Islam, on the other hand, emanated from the faith, were rooted in it, and cultivated a community of godly individuals. These festivals demonstrated that Islam was a faith that understood and accommodated the needs of people. As the Prophet, blessings and peace be upon him, said when observing the Abyssinians dancing in his mosque on ʿId day, “This is for the Jews and Christians to know that our religion has vastness in it.” (Musnad Ahmad) From the vastness of Islam was to provide a space for the community to collectively express its joy and thankfulness in a manner that was universal to all cultures: through celebration and festival. Like any other community, this collective expression and coming together in festive moments were integral to the identity, cohesion, and religious-rootedness of its members.

The themes of identity, social cohesion, recognizing the human condition, and the power of pleasurable indulgences were considerations that scholars took into account on when justifying the practice of the mawlid. At its heart, the mawlid was a collective expression of thankfulness and joy over the coming of the Prophet, blessings and peace be upon him, the greatest of creation and a mercy to all the worlds. Of course, humans manifest their thankfulness and joy in myriad ways: individually or collectively through a range of outward activities, such as praying, feasting, donning festive clothing, singing poetry, giving gifts, and so forth. The rituals of Islam themselves variously legislate these activities to express love, thanks, joy, and happiness. Indeed, they were an integral part of normative Islamic piety.

Given the plurality of human cultures and expressions, it would seem inevitable that communities would express their love and joy for the Prophet, blessings and peace be upon him, in different manners – each unique but united by a common, underlying motivation. So long as the individual activities that constituted the mawlid were permitted, many scholars reasoned that there should be no harm in partaking in this practice especially in view of the fact that the primary texts did not stipulate a particular form by which love of the Prophet, blessings and peace be upon him, and rejoicing in him had to be observed. In this approach, scholars recognized and presented Islam for the universal faith that it was, one that brought under its umbrella an array of peoples who in the diversity of their tongues, tribes, races, languages, etc., expressed the most fundamental human emotions in different ways.

Salawat - If You Love It, This Is For You 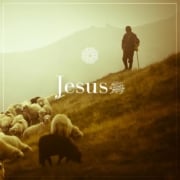