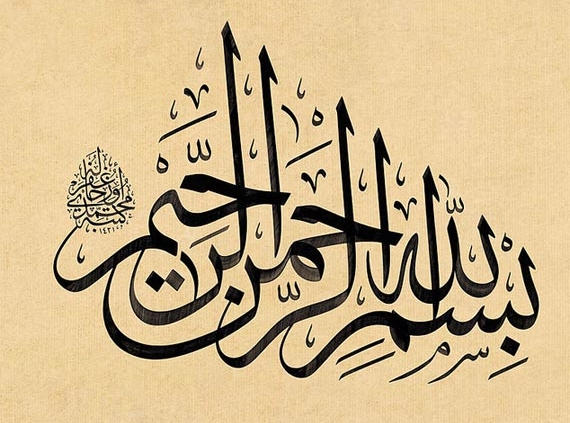 “The Prophet (Peace be upon him) followed, in his way of teaching people and inviting them to goodness, the way of the Holy Quran, in which Allah says: ‘Call you to the way of your Lord with wisdom and beautiful counsel, and dispute with them in the better way. Surely your Lord knows very well those who have gone astray from His way, and He knows very well those who are guided.’ [16:125]
This holy verse gives us a perfect picture of the manifold forms of invitation which must be extended to different kinds of people; and the sound guidance the verse lays out applies to all kinds of people, its manifested form differing according to their different attributes and types. Among the different types of people are: the elite who seek knowledge of higher realities, the masses of ordinary people, and the stubborn opponents.
For each of these types of people, there is a specific way of speaking to them, calling them, and teaching them. He (Peace be upon him) would speak to people on the level of their intelligence, and his words would always be appropriate to the situation. He would use with each group the discourse that suited them, and address them in their own language.
Allah (The All-Mighty) gifted His Prophet (Peace be upon him) with a mighty and awe-inspiring presence, and made his words easy for people’s hearts to love and accept, so that he needed nothing more.
al-Qadi ‘Iyad said:
“Allah (The All-Mighty) cast love into his (Peace be upon him) speech and enveloped it with acceptance, and combined for him both awesomeness and sweetness. He never needed to repeat himself, and those who heard his speech never had to ask him to repeat it. He never spoke a word out of place, nor made a slip, nor found himself lost for words.”
If we consider these three kinds of people, we find that this verse devotes a unique approach to each of them.
[1. Dawah to the Intellectual Elite]
The first group, the intellectual elite, should be called and taught with wisdom; that is, with wisely-weighted words and plain evidence of the truth that leave no room for doubt. This is because they cannot be convinced by anything but plain evidence that removes all their suspicions, and wise words that guide them to the way of their Lord.
[2. Dawah to the Awwam]
The second group, the masses of ordinary people, should be called and taught with beautiful counsel; that is, with convincing speech and beneficial expressions in such a way that they can see without doubt that the one speaking to them is sincere and wants what is best for them. They do not need discourse that is especially wisely-weighted, because they are ordinary people, not intellectuals; and they do not need proofs, because they have no suspicions that need righting.
[3. Dawah to the Stubborn Opponents]
The third group, the stubborn opponents, should be called and taught by means of debate according to the best way, which is the way of gentleness, ease, and the use of well-known preambles, so that their rage is abated and the fire in their breasts is extinguished, and they can then return to the way of Allah.”
[He (Peace be upon him) Would Answer A Question to Teach Everyone]
The Messenger of Allah (Peace be upon him) would also import teachings to the Muslims by using a question one of them asked him, which he would then answer for the benefit of all. One example of this is the hadith about righteousness and wickedness. Al-Nawan ibn Sam’an (may God be pleased with him) said ‘I asked the Messenger of Allah (Peace be upon him) about righteousness and wickedness, and he said: ‘Righteousness is good character, and wickedness is that what puts unrest in your heart, and what you would hate for others to discover.’ In the same way, women would often come and ask the Messenger of Allah (Peace be upon him) questions, and he would answer them.
[He (Peace be upon him) Would Teach Men and Women]
Thus you can see the prophetic method for teaching emphasizes in its wisest ways, the importance of teaching women as well as men. This shows that Islam encourages that women be nurtured, refined, and cultured with a proper religious education to help them to uphold its message.
[He (Peace be upon him) Would Teach By Posing Questions] 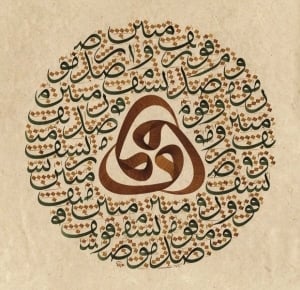 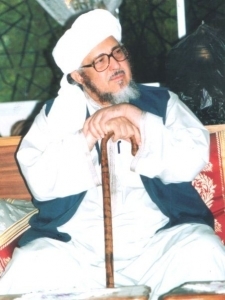 [He (Peace be upon him) Would Teach People According to Their Natures and Customs]
It was also part of his (Peace be upon him) wise method to speak to people on the level of their intelligence and in a way that suited their mental faculties, their natures and their customs; and he would impart his goodly counsel with a spirit of tolerance and ease.
[He (Peace be upon him) Would Teach People in Their Own Dialects]
He (Peace be upon him) would also speak to people in their own dialects. ‘Asim al-Ash’ari said: ‘I heard the Messenger of Allah (Peace be upon him) say laysa min am-birr am-siyam fim-safar’ in the dialect of the Ash’ari clan, whose definite article was am instead of al.
[He (Peace be upon him) Would Emphasize Teachings By Repeating Them Three Times]
And in order to emphasize these teachings, he would often repeat what he said three times to make sure it was understood.
[He (Peace be upon him) Would Teach Through Gradualism]
In all the commandments and prohibitions he issued, he followed the correct pedagogical method as his Lord taught him, and as was exemplified in the Qur’an. He would not issue many commandments or many prohibitions all at once, but issued them gradually, bit by bit, so that the people would not become jaded, and so that his teachings would not be overbearing.
An example: When he (Peace be upon him) sent Mu’adh ibn Jabal to Yemen, he prepared him with sufficient instruction, and commanded him to follow the way of gradualism with the people there.
[Conclusion]
From all this, it is clear that the prophetic method of teaching employed many different ways of directing people to the path of light and perfection, and firmly laid the foundations for a good life. Thus Islamic society, with all its different facets, was bound together by the Shariah it received, and guided by the lessons of its Prophet, the Teacher, and the teachings of its Messenger, the Leader (Peace be upon him), so that the Muslims were then granted a clear victory, and were truly ‘the best community brought out for the good of mankind’ [3:110].
In the Messenger of Allah (Peace be upon him), we have the best example, and in his Companions we have the finest role-models, so that we may follow his way and adhere to his guidance, until Allah sends upon us blessings from Heaven and earth.
In this, we see also that the prophetic way of teaching did not leave any aspect of the affairs of life and religion without paying attention to it and giving it ample consideration. It laid down the sound foundations upon which the best community stood, and from which was formed the great Islamic state, which spread knowledge and civilization across the world, from corner to corner.”
(p 269-272 of “Muhammad (Peace be upon him): The Perfect Man” by Sayyid Muhammad ibn ‘Alawi al-Maliki al-Hasani) 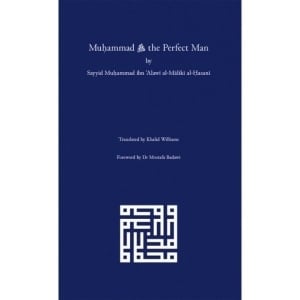