An excellent detailed article from ilmgate on the appearance of the mujtahid imams. Visit ilmgate.org for more excellent articles on Islam and contemporary issues.

Physical Descriptions of the Four Imams Abu Yusuf said: “Abu Hanifah was well-formed, was from the best of people in appearance, the most eloquent of them in speech, the sweetest in tone, and the clearest of them in expressing what he felt.”

Hamad bin Abi Hanifah said: “My father was very handsome, dark, had good posture, would wear a lot of perfume, was tall, would not speak except in reply to what someone else had said, and he – may Allah have Mercy upon him – would not involve himself in what did not concern him.”

‘Isa bin ‘Umar said: “I never saw anything white or red that was more beautiful than the face of Malik, or any clothes whiter than Malik’s.”

And a number of people relate that he was tall, firm, serious, blond, had a white beard and hair, had a large beard, was balding, and would not shave his moustache, as he considered this to be a form of mutilation.

It is said that he had blue eyes, and some of this was narrated by Ibn Sa’d from Mutarraf bin ‘Abdillah.

al-Walid bin Muslim said: “Malik would wear white clothes, and I saw he and al-Awza’i wearing black and green caps.”

Ashhab said: “When Malik would wear a turban, he would wrap part of it under his chin and would leave the ends of it hanging between his shoulders.”

Ashhab said: “If Malik would wear kohl for a necessity, he would remain in his house.”

Mus’ab said: “Malik would wear ‘Adani clothes, and he would wear perfume.”

Abu ‘Asim said: “I never saw a Muhaddith with a more handsome face than Malik’s.”

It is said: “He was so light colored that he was blond. He had wide eyes, a raised, pointed nose, and he would let his moustache grow long based on ‘Umar’s curling of his moustache.”

Ibn Wahb said: “I saw Malik dying his hair with henna once.”

Abu Mus’ab said: “Malik had the most handsome face of the people, the widest of eyes, the whitest skin, and was the greatest of them in height – all in the strongest body.”

al-Waqidi said: “He was well-formed, would not dye his hair, and would not enter the public baths.”

Bishr bin al-Harith said: “I entered upon Malik and saw him wearing a cap that was worth about 500 dirhams.”

Ashhab said: “When Malik would wear a turban, he would wrap part of it under his chin and would leave the ends of it behind his back, and he would scent himself with musk and other scents.”

az-Za’farani said: “ash-Shafi’i visited us in Baghdad in the year 95. He stayed with us for a few months, then left. He would dye his hair with henna, and he had thin cheeks.”

Ahmad bin Sinan said: “I saw him with a red beard and hair – i.e. he used to dye them.”

Ibn Dharih al-’Ukbari said: “I requested to see Ahmad bin Hambal. So, I greeted him, and he was an old man who dyed his hair. He was tall and extremely dark.”

Muhammad bin ‘Abbas an-Nahwi said: “I saw Ahmad bin Hambal with a handsome face, well-formed, and dyeing his hair with henna that was not too dark. He had black hairs in his beard, and I saw his clothes extremely white. When I saw him, he was wearing a turban and an izar.”

‘Abd al-Malik al-Maymuni said: “I do not know that I have ever seen anyone who wore cleaner clothes, was more attentive to trimming his moustache and grooming the hair on his head and body, or wore purer and whiter garments than Ahmad bin Hambal.”

One man said: “In Khurasan, they did not think that Ahmad resembled a human being. They thought that he resembled the Angels.”

al-Fadl bin Ziyad said: “I saw Abi ‘Abdillah in the winter, and he was wearing two shirts with a colored vest between them, and maybe he was wearing a shirt with a heavy sweater. And I saw him with a turban over a hood and heavy outer garment. So, I heard Aba ‘Imran al-Warkani saying to him: “O Aba ‘Abdillah! All of these clothes?” So, he laughed and said: “I cannot stand the cold,” and he would also wear the hood without a turban.”

Courtesy of Abu Sabaya of iskandrani 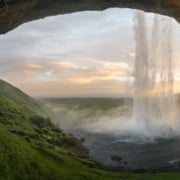 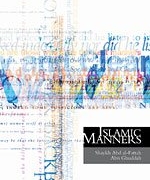 Adab 07: The Proprieties of Earning a Living
0 replies