Shaykh Faraz Rabbani explains the coherence, the themes, the aims of Sura al Waqi‘a, and its relationship to other suras of the Qur’an.

To understand the key themes of Sura al Waqi‘a we have to appreciate where it is in the Qur’an. The Qur’an is not just our Holy Book, as in every religion has its Holy Book and this is ours. We have a very particular truth claim about the Qur’an.

The Challenge of the Qur’an

The in the central proof of the Qur’an being revelation is its inimitability in its message, in its language, in its style, and rhetorical power, and in many other aspects. It cannot be matched. Allah has said, “you won’t be able to and you shall not be able to.”

The inimitability of the Qur’an has many, many aspects. Among them is the complete coherence of the Qur’an in its structure, at the level of words, verses, and suras. There is this inimitable order. You cannot take a word out of the Qur’an anywhere and replace it with another word that does the same job, let alone, one that is more suitable.

If you like reading, there are some authors who like using particular words. And you wish, if could only take that one out and replace with something, it might be more suitable here. There is no not one word you can take out from the Qur’an and replace it with another.

Al Waqi‘a and What Precedes It

The sura that comes before Sura al Waqi‘a is Sura al Rahman; another of those most beloved suras of the Qur’an. Imam Fakhr al Din al Razi – one of the great Giants of Islamic scholarship – was a great theologian and brilliant jurist. He also gave me a terrible stomach ache because I once decided to cover Sura al Fatiha and the short suras.

I had prepared for Sura al Kawthar. I’d prepare from the mid-sized suras first, and then dip into some of the larger suras to see what were the points of benefit. I was pretty much ready for the class. I was running late. I was having lunch at about five p.m. But I needed to finish my preparation and I got a double whammy.

Then I opened the tafsir of Razi and he brought forth forty meanings that are understood from “inna ataynaka al Kawthar.” (Sura al Kawthar 108:1) He goes through them and they’re all very pertinent. They’re all right there from the verse, and his tafsir is one of the greatest foundational tafsirs of Islamic scholarship.

Sura al Rahman highlights Allah blessings and calls to gratitude. Sura al Waqi‘a talks about the consequences for the people of gratitude, and the consequences for the ungrateful. Ingratitude is related, in our religious understanding, to disbelief, because ingratitude is a rejection of blessings, or a refusal to accept and acknowledge blessings. That is what disbelief is. Disbelief itself is a rejection, a refusal.

The Aims of Sura al Waqi‘a

What are the aims of Sura al Waqi‘a? One of the other great imams of tafsir is Imam Burhan al Din al Biqa‘i, whose tafsir, Nadhm al Durar (The Perfect Arrangement of Pearls) argues that the central aim of Sura al Waqi‘a is to remind us of the manifest power and the tremendousness of Allah Exalted and Most High, and that it is Allah who possesses all perfection, all beauty, and all majesty.

How does it do this? It begins by telling us what will happen to this world: this whole universe. This great event will befall it, which is an event external to it. This thing that seems so real will completely end. How? By the pure power of Allah exalted and Most High.

It highlights what happens in the Hereafter, and how Allah has complete dominion over the fates of His creation. Then it tells us about the reality of death and the closeness of Allah. The Sura then ends with the words: “So glorify the Name of your Lord, Most Tremendous.” (Sura al Waqi‘a 56:96) So the central theme of it is the the absolute Power and Glory of Allah, Exalted and Most High.

This is one of the reasons why many of the scholars found great benefit in helping their students develop a relationship with the Qur’an by having them recite daily and reflect on Sura al Waqi‘a.

Al Waqi‘a Among the Early Muslims

This is one of the neglected practices from many of the early Muslims, including the Sahaba. They used to focus on some verses of the Qur’an or on a particular sura until they made it a routine and a habit to reflect upon it. To really bring out the meanings of it and strive to live those meanings before moving to other verses. The ones from the earliest generations found particularly benefit in this, as we see from the example of our master And Allah ibn Mas‘ud.

Our master Uthman, the Emir of the Believers, came and says:

It’s not just a spiritual thing: that there’s a spiritual benefit in it. If you realize the meanings in the sura you will know how to direct yourself in life.

Categories of People on the Day of Judgment

One of the great Imams of tafsir in the history of Islamic scholarship was a great twentieth century Muslim scholar from modern-day Tunisia, Imam Tahir ibn Ashur. He died, I think, in the early 1970s. His thirty volume work, Al Tahrir wa al Tanwir, is one of the greatest works of tafsir ever written.

He says of the central themes of Sura al Waqi‘a, firstly, is a reminder of the reality of resurrection. You will be resurrected. That day is a day of judgment where you will be taken to account. And you are in one of three categories. There are levels of people and they have promised reward and punishment. So be aware of that be aware of that.

There there are only three sets of people. You could be in some grade amongst those three categories, but there are three spectrums in which people are. You are somewhere there and where you end up will be according to the choices that you make in this life. The underlying theme of the sura is the power of Allah the power, might, and majesty of Allah in all things.

Hereafter or Here and Now

One of the remarkable 20th century scholars, Shaykh Sa‘id Hawa, a Syrian scholar who was then exiled in Jordan, wrote a wonderful tafsir – Al Asas fi al Tafsir (The Foundation of Tafsir) – and he also talked a lot about the coherence of the Qur’an.

He makes a beautiful point in his tafsir. He says that the central aim of Sura al Waqi‘a is not about they Hereafter. It is about the here and now. Because you can’t do anything about the Hereafter itself. No, what you can do is act in this life in a manner that will get you to the right eternal destination.

The Stations of Success 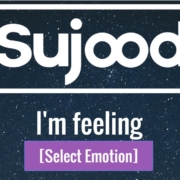 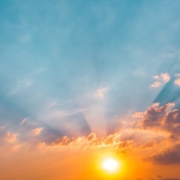 Reciting the Most Beautiful Names of Allah