In the name of Allah, the Most Gracious, the Most Merciful

Allah wanted us to be the best of mankind FOR mankind! The nature of this dunya encourages us to cooperate and live together, as Allah (Most High) said in Surah Al-Maidah (2):  “And cooperate in righteousness and piety, but do not cooperate in sin and aggression.”  Allah (Most High) created us to be together on earth; we need to support each other and to hold each other’s hand in this path.

That being said, help may only be sought from those who are able to support others, and only people with the purest and kindest of hearts can be in a position of supporting and helping others.  That is why the best Ummah is that with the best of characters.

Allah (Most High) praised Rasulullah (peace be upon him) for his great and exalted character in Surah Al-Qalam (4): “Indeed , you are of great and exalted character.”  Rasulullah (peace be upon him) also told us that the most beloved to him are those with the greatest of akhlaq (characters or manners).  [at-Tabarani, Al-Awsat, 7697]

Having the best of akhlaq is one of the purposes of this deen!

In correcting, maintaining and improving ourselves, we often mistakenly look at the symptoms of our illness, rather than treating the cause of our sins.  In looking at the causes of all sin and evil, our Ulama say the source of all sin and evil are three things:

Arrogance was the first sin to be committed, and was done so by iblis. Because of his arrogance, he refused the command of Allah (Most High) to make sujud for Adam (May Allah be pleased with him). Arrogance is not a visible attribute, but rather an internal attribute that manifests itself in actions and words.  When someone feels that he or she is better than everyone else, or when someone feels so happy and content with themselves to the extent that they think that there is no one like them; these are aspects of arrogance.  These forms of arrogance can lead someone to be like firoun (the pharaoh), who thought he was a god.  It can even lead people to be like the Quraysh, who saw Rasulullah (peace be upon him) only as an orphan, and thought it was not possible for him to be chosen as a Prophet, especially because they felt they held greater status.

The heart of an arrogant person is always filled with hatred.  That is why Allah (Most High) said in Surah Al-Araf (146):

Allah (Most High) also says in Surah An-Nahl (23):  “Assuredly, Allah knows what they conceal and what they declare. Indeed, He does not like the arrogant.”

Rasulullah (peace be upon him) also mentioned, as narrated in Sahih Muslim, that no one shall enter Jannah even with a half an atom’s weight of arrogance in their heart!

Adam (May Allah be pleased with him) left Jannah due to greed, as Allah (Most High) says in Surah Taha (120):  “Then Satan whispered to him; he said, “O Adam, shall I direct you to the tree of eternity and possession that will not deteriorate?” Even though Adam was told not to eat from the tree, he ate because he was promised a eternity, and because of this desire, he was removed from Jannah.

Rasulullah (peace be upon him) mentioned, as narrated in Sahih Bukhari and Muslim, that mankind becomes old, but two things do not age with him, greed for wealth and greed for a longer life.

Allah (Most High) tells us in Surah Az-Zumar (30):  “Indeed, you are to die, and indeed, they are to die.”  We forget this reality, and instead we want to have more of everything.  Allah (Most High) also reminds us of this in the following ayahs:

“Beautified for people is the love of that which they desire – of women and sons, heaped-up sums of gold and silver, fine branded horses, and cattle and tilled land. That is the enjoyment of worldly life, but Allah has with Him the best return.” (Surah Al-Imran, 114)

“And for every nation is a [specified] term. So when their time has come, they will not remain behind an hour, nor will they precede [it].”(Surah Al-Araf, 34)

We should also remember the Hadith that was narrated by Abdullah ibn Omar (May Allah be pleased with him) when Rasulullah (peace be upon him) told him to be like a wayfarer in this dunya.

Also, we should remember the words of Imam Ali (May Allah be pleased with him) when he said dunya is travelling away from us, and, as such, dunya has given us its back, but al akhira is travelling towards us; both dunya and al akhira have children, so be from the children of al akhira, because no action is taken without accountability, for tomorrow there is only accountability!

Hasad is the very trait that Allah (Most High) asked us to seek refuge from in the verse of Surah Al-Falaq.  Hasad is also the first sin to be committed by the children of Adam, when Cain killed Abel out of jealousy, and it is the worst of attributes.  Hasad is when you see all that is good as being deserved by you and no one else!  Allah (Most High), by relating to us the story of the children of Adam, is telling us the extent that people can go to via hasad, and the level of crime that hasad may cause them to commit.

In speaking about hasad, Allah (Most High) mentions in Surah An-Nisa (54-55):

“Or do they envy people for what Allah has given them of His bounty? But we had already given the family of Abraham the Scripture and wisdom and conferred upon them a great kingdom.”

Rasulullah (peace be upon him) also mentioned in a Hadith narrated in Bukhari and Muslim, that we should not hate each other, have jealousy or envy, turn our back on others, and should not cut our relations; rather, we should be in the slavehood of Allah (Most High) as brothers. 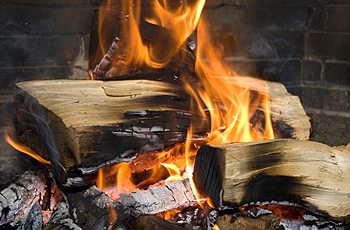 In a Hadith narrated by Abu Hurairah (May Allah be pleased with him), in Sunan Abu Dawood, Rasulullah (peace be upon him) mentioned that we should be away and warn from hasad, as hasad can do to hasanat (good deeds) what fire does to wood.

Also, Syedina Hasan (May Allah be pleased with him) said: I have never seen an oppressor who looks like he is being oppressed!  This is the reality of hasad; you see the people of hasad always upset and crying upon seeing the khair in others.

Abdullah ibn Masud (May Allah be pleased with him) also mentioned that we should not be the enemy of the blessing of Allah (Most High), as those who have hasad towards what Allah (Most High) has given others.  The problem of hasad is not the fact that one is jealous or envious of a particular person, but rather it is having issue with Allah’s (Most High) decree!

All three attributes mentioned rotate and serve one another.

May Allah (Most High) remove from us all these blameworthy attributes, and may Allah (Most High) fill our hearts with His love and the love of Rasulullah (peace be upon him). May Rabbi guide us, and may He make us the Ummah that spreads khair and helps everyone, and in doing so, is the best FOR mankind!