In an increasingly polarised world, Shaykh Allie Khalfe reminds us of a truth as old as time.

Islam is a way of being. I say “being” because it includes both body and soul. Human beings are by Divine Will sacred as each and every one of us has been endowed with a sense of the sacred, the soul [rūh]. This includes both men and women since both are blessed with the soul and are created equal in their basic humanity. Allah, Most Merciful, indicates the lofty status of the human being when He commanded the Angels to prostrate to Adam (upon him be peace):

“And when I have fashioned him and breathed into him of My Spirit, then fall down before him prostrate.” 38:72

The idea of the sanctity of human life [al-karāmah al-insāniyyah] is deeply rooted within the twin sources of grace, the Quran and Sunnah, and is not limited to a select few but rather applies to all human beings.

Allah, All-Wise, informs us that He placed us on this earth as His vicegerents [khulafā’] so as to establish it [ista’marahā]. Thus, He, All Merciful, subjected the entire created order to us and placed it under our rule. He blessed us with knowledge [‘ilm] so as to uncover the secrets within the universe and made the means, the intellect, which permits us independent reasoning and the ability to perceive the realities and verities of the created order. This knowledge was not given to the pure angels but rather to the first human being, Adam (upon him be peace), the one chosen and first vicegerent on earth [khalīfah fil arad]. It was for this very reason that the angels were commanded to prostrate to Adam as the father and the vicegerent of humanity.

This honor is indicative of the sanctity of human life, since the beginning of creation and that the human being was created to rule and establish this earth as is apparent in many verses of the Quran. Context is crucial and it was in the midst of the darkness that overwhelmed the world that divine revelation resonated in the vast Arabian Desert, with a fresh, noble universal message to humanity:

“O mankind! Reverence your Guardian-Lord Who created you from a single essence, mates, and from them twain scattered (like seeds) countless men and women; reverence Allah through Whom ye demand your mutual (rights) and (reverence) the wombs (that bore you): for Allah ever watches over you.” (4:1)

Some commentators are of the opinion that no text, old or new, deals with the humanity of a woman from all aspects with such brevity, eloquence and originality.

“Indeed We have honoured the Children of Adam, and We have carried them on land and sea, and have provided them with what is wholesome, and have preferred them above many of those whom We have created with a marked preferment.” (17.70)

This dignity, as we clearly observe from these verses, are not exclusive to one race over another, nor one genus over another, but rather includes everyone when it comes to the dignity of life, for the Prophet Muhammad (peace be upon him) said:

“All of you are from Adam and Adam is from dust. No preference is given to an Arab over a non-Arab except through conscious awareness of God [taqwa].”

These verses and Prophet Narrations call us away from a ghettoized and limited understanding of being, where we tend to focus mainly on the particulars [juz’iyyāt], meaning “what to do”, toward an intense realization of the purposes [maqāsid] behind these particulars. It is when we lose sight of these universals that we reduce this way of being to rituals and particulars instead of the universals and purposes.

The sanctity of human life is firmly established in the Quran and Sunnah and is made clear to anyone whose heart is open to an objective and unbiased read. The first honor bestowed upon Adam was the gift of the intellect [‘aql] and through it the universe becomes subservient.  Through it we, the children of Adam [banī Adam] are able to interpret the divine texts and from these texts do we learn that there is no preference between human beings when it comes to tribe and color, and that all are equal and become “preferred” only through taqwa. This indicates a spiritual democracy, where a janitor can have greater proximity to God than the scholar or PhD professor because of his intense consciousness of the Divine and because of his good character.

The late Shafi’ī jursit, Muhammad Abū Zahrah commenting on this hadith in his work, International relations in Islam (Al-‘Alāqāt al-dawlyah fil Islam), said that there is no difference between one religion and another when it comes to the dignity of the human being, during their lifetime and after death. A striking example is also seen when a funeral passed by the Prophet (peace be upon him), and as he stood up out of respect for the deceased, his companions explained: “Do you not know that it is a Jew being carried?”. He (peace be upon him) replied rhetorically: “Is it not a Soul?” 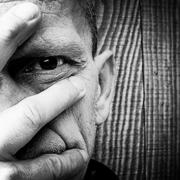 Staying Connected to Your Purpose Even When Your Marriage is Rocky