Three Calls, One Answer…. A Message from Shaykh Faraz Rabbani

This week, Shaykh Faraz Rabbani received phone calls from three leading scholars, all unable to teach and transmit Islamic knowledge due to crises. This shows the urgency of the SeekersGuidance Global Islamic Seminary initiative. Support us in preserving and transmitting the Prophetic legacy.

I received three phone calls from three scholars in different parts of the world this past weekend.

The first call came late Saturday night from a scholar I studied with in Damascus. He lamented that he could no longer teach because his students have all left due to the ongoing Syrian conflict. Even locals are scattered and scared to continue their studies with him.

The second call, on Sunday evening, came from a reputable scholar and dear friend of mine whom I’ve known for almost twenty years. He lives in a country where he is banned from teaching publicly or privately. He cannot even invite his students to his own home to convey Prophetic guidance, let alone being able to share it with the wider public.

On Monday,  just as I was sitting down for lunch at SeekersGuidance Toronto, the third call came, from Mosul, Iraq. It was from one of my most beloved teachers, Shaykh Akram ‘Abd al-Wahhab, a true master of the Islamic sciences and an amazing person of Prophetic character and wisdom.

When ISIS first took control of Mosul, Shaykh Akram was captured. Even after his release, Shaykh Akram was unable to teach due to ISIS’ threats against mainstream Muslim scholars. Now that Mosul has been freed, so I asked him, “How is the teaching now?” He said, “What teaching? All we have is destruction…but al-Hamdu li’llah.”

HELP TEACHERS GET BACK TO TEACHING

These three scholars, from three different centres of Islamic knowledge, are all unable to teach. If they can’t teach, their knowledge won’t benefit us or future generations – nor reach the wider public. This is something we ought to take very seriously.

This is what we are aiming to address with the launch of SeekersGuidance’s Global Islamic Seminary. We intend to find the most worthy scholars from all over the world and support them so they can dedicate themselves to teaching and mentoring future scholars.

The Guidance here in Toronto will serve as a campus of this Global Islamic Seminary, so that we can link these scholars with local students and continue to produce future generations of scholars that will instill the Prophetic legacy in our children and communities.

YOU CAN MAKE THIS HAPPEN

All of this requires YOUR support. By helping us reach $75,000 in monthly donations, you’ll be helping us train the next generation of Islamic scholars who will service the religious and spiritual needs of Muslims worldwide.

Join hands with us as we strive to protect this Prophetic heritage of knowledge and service for you and your community through the SeekersGuidance Global Islamic Seminary. We received the calls, and this is the answer. 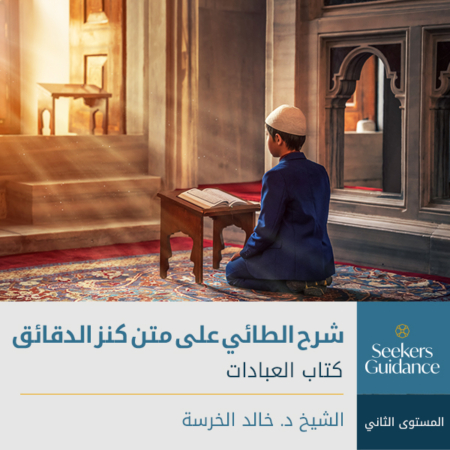