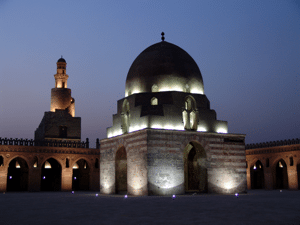 Unmosqued: A documentary film about the mosque in America A film by Ahmed Eid
Film commentary

After much anticipation, I was fortunate to attend Unmosqued’s world premiere in London, Ontario, Canada. The screening was followed by an insightful panel discussion led by Dr. Ingrid Mattson, Chair of Islamic Studies at Huron University College. After viewing the film, I initially began this post by writing a more traditional and brief review but changed my mind soon after I witnessed an intense discussion on Twitter concerning the documentary. Everyone had some great insight that I felt was important to reflect on before typing anything up. I have since then decided to share almost all my notes concerning the film. Please keep in mind that my opinions are one of a fourth-year university student; I’m no scholar. Please forgive me for my shortcomings and feel free to correct me. I would love to hear your comments and feedback concerning this topic as well — let’s discuss in the comments section, inshaAllah.
———
Here’s a little background:
According to the film’s about page, “UnMosqued is a documentary film which aims to highlight the growing need for reform in many of the mosques found in America. The purpose of the documentary is to engage a group of people who have been disconnected from their local mosque and explore the various reasons that have led to this sentiment. It is clear that many youth who are likely to be second or even third generation Americans have felt judged or unwelcome at a mosque. It may be the degree of friendliness or a lack of ownership that breeds this feeling. Masajid may not be doing enough to attract and retain the youth, which further alienates the future members of the community from using the mosque space for their spiritual growth.” (Read all of it here).
Though I personally have a lot to say, I thought I’d start off by simply stating what I appreciated/didn’t understand about the film:
What I appreciated:
1) Unmosqued sparked a discussion that was bubbling under the surface (for me, at least). Shortly after the film screening, I found myself speaking to people about the issues I’d been witnessing in my own community (racial divisions/mosque management) and discussing concerns that I previously wouldn’t have. Through those conversations, I realized that talking about an issue to others is sometimes the best way to confront and tackle it. Of course, talking about it must follow up with positive action of some sort.
2) The film shed light on mosque operations and management — which I feel is not brought up often enough — at least not publicly.
3) The film addressed real issues concerning racism, tribalism and nationalism. All are diseases that plague our ummah and divide us up further.

In a more specific example, I appreciated the way the film drew attention to the story of Imam Ibrahim Rahim — one that I was following closely on social media. His personal story echoes issues of systematic racism and it also confronts the issue of unprofessionalism + unjust practices that can sometimes arise in our religious institutions. May Allah forgive us. (Read about this issue here).
4) From Ustadh Nouman Ali Khan to Imam Suhaib Webb, the film’s ethos was well-built. There were many well-known and respected figures who gave their input on behalf of the “unmosqu-ing” that takes place.

5) Addressing women’s concerns in the mosque. Everything from exclusion on mosque management to unkept sister’s sides, the film discussed concerns that I didn’t knew existed on such a vast scale.
6) By far the most important point: the film raised very important concerns about the way converts/reverts are treated by mosque communities. I think people sometimes forget that Islam is a global religion, revealed to the Prophet Muhammad (saws) for the whole of mankind. It was heartbreaking to see how converts/reverts fell out of place in Islamic spaces; this was definitely the most important point. Mainly for this reason, masajid management can always learn to be more inclusive. But more than just masajid management, people in the community can determine inclusivity to a certain extent as well; as management cannot be blamed for everything.
———–
What I didn’t understand:
(note: these are purely personal reflections)
1) Through the film’s rhetoric, I got a feeling that there was an almost vilification of the “other.” And by the “other” I mean those who were not “American” enough to understand “proper mosque management.” Though there may be cultural clashes between elderly immigrants and youth raised in America, I personally felt like it was unfair to paint the elderly/immigrants with one brush of ignorance. I believe that with proper discussion and reference to the Quran and sunnah, common grounds can be created in spite of differences.
In regards to language, I also feel we cannot simply dismiss them completely: Arabic, Urdu, Swahili, Persian, etc. These are all languages that mean so much to so many people. They contain layers and layers of history and meaning. As Muslims, we must be sensitive, empathetic and curious. In a way, Muslims in America are slowly becoming role models for Muslims on a global scale (due to social media!). So I just hope Western Muslims don’t loosen their grip in understanding and learning about the beauty of other languages, particularly the traditional Arabic language, by unintentionally vilifying it through vilifying those who speak it. (Note: for those who haven’t watched the film yet, this part may seem a little vague). 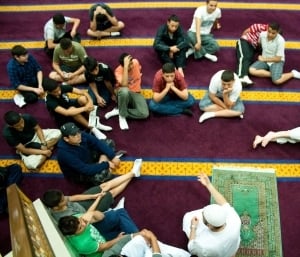 2) I wish more youth (teenagers, university students) were interviewed in this documentary. As it was hinted at multiple times in the film, the youth are the future and their opinions on this topic were missing unfortunately. Viewers do look for characters in films that they can relate to. Additionally, I believe the particularly alarming Mipsterz scene should have been supplemented with a more positive image of the youth; the scene alone did not to justice in portraying the condition of the Muslim-American youth.
3) This leads me to my last point. I personally feel like empowerment comes throughpositive messages. Though this documentary was fantastic in many other aspects, I feel it should’ve been more positive than it was. It’s interesting: I noticed that when the film ended, I didn’t really feel that it was actually nearing the end. The film made me think but it did not give me an action plan of what I could do on an individual level to create change — since there were not as many positive models of behaviour present. This is why, during the panel discussion, I asked if Unmosqued could draft an action plan for mosques to follow (as they now have a platform for discussion). With all the experiences that the director, Ahmed, and his team have come across in filming this, I feel that their insight is extremely valuable.
I am grateful to Ahmed and Marwa, the young, married couple who created the film, for being courageous enough to address very controversial yet realistic issues. May Allah swt reward their sincere intentions to bring about positive change.
Overall, I personally felt that the act of “unmosqu-ing” directly depends on a lack ofihsaan — a lack of excellence — in every single aspect of our lives (deen, business, family/relationships, community, etc). Many can attest to the fact that we have forgotten our true responsibilities towards our communities. And perhaps we’ve also forgotten that those in positions of power are sometimes in the best seat to help empower those who are excluded (more specifically, converts/reverts). There are immense responsibilities on those who choose to take part in mosque management, as there are with leaders of any kind. Empathy, kindness, justice and generosity must be practiced in light of the Quran and Sunnah. Mosque leaders must remember that they don’t own the space — it is not their mosque.
All that aside, however, it’s important to remember that people in positions of power are still people in positions of power. They are prone to making mistakes and can unintentionally hurt others. So as members of a single ummah, we must strive to remain united and remember that our true reason for going to a mosque is to connect with Allah swt.
But some would argue it’s still a little more complicated than that. True, the mosque’s presence is a little more complicated than that — especially in this part of the world. The mosque is almost like the only refuge available, since we are constantly bombarded with increasingly confusing and contradictory messages everywhere. And more than just a place of refuge, the mosque is more than a place of worship. It’s a place where we get married. It’s the last place we visit before we visit our grave. It’s a place to meet friends, to seek knowledge, to find comfort, to break our fasts in Ramadan. It is home away from home. But despite all this we must pray in the mosquefisabilillah (for the sake of Allah). Let’s allow our love for Allah swt be stronger than our political divisions. And Insha’Allah, through the right intentions it will be easier to correct our mistakes.
This documentary was a fascinating one to watch and a challenging one to review — as it contained layers upon layers of emotion and meaning. Each layer representing a reality of some sort in our ummah’s diverse communities. As with all things, and with this film, let’s take from the good and learn from the bad. Not every single issue and topic can be addressed in a span of ninety minutes or less — especially one concerning masajid politics. In this particular case, Unmosqued has definitely paved the way towards conversations we should be having. May Allah help us become Muslims of action and ihsaan and help us to understand our responsibilities towards the ummah. May He forgive us for all our shortcomings and may He make us agents of positive change. Aameen.
For more information on Unmosqued or to request a screening, please visit their website. So far, the film has only been screened in two Canadian cities: London, Ontario and Toronto, Ontario.
You can also follow the conversation on Twitter through the #unmosqued hashtag and the (unaffiliated but insightful) #bemosqued hashtag.
Follow Naira on Twitter: @NairaAh_
https://seekersguidance.org/wp-content/uploads/2011/08/glowing-mosque.png 225 300 Erin https://seekersguidance.org/svg/Logo/SG-Logo-Main.svg Erin2014-03-14 09:04:332021-09-20 11:42:42Unmosqued – A Film Review by Naira – Hayat Al-Dunya, Musings of a Muslimah

By the grace of Allah Almighty, the Islamic Scholars Fund has continued to grow ...
2 mins